You are here: Home / Adventures / The 10 Most Impossible Ultra Marathons on The Planet

Four yeas ago, I started IMPOSSIBLE when I signed up to do my first ever triathlon. Back then, this was a big deal. I’d never run more than three miles in one go before and actually finishing a triathlon seemed impossible. So much so that my first triathlon was indoor because I figured it’d be harder for me to drown in a pool.

Once I finished and realized that I could do more, I set off on my Impossible List and ever since, I’ve been crossing things off my list and adding more to it. And, as I’ve done that, the boundaries of impossible have moved.

After I did that triathlon, completing a triathlon wasn’t impossible anymore. Pretty soon, neither was running a 10k. The barriers kept falling – half-marathon, marathons, then back-to-back marathons. Soon, running a 50k ultra marathon stopped being impossible. Just last month, I ran my first 56 mile race.

Once you push yourself past your limits, you realize you don’t break – the limits bend.

After a while, exploring your limits stops being scary and becomes fun. You begin to revel in the challenge of pushing yourself farther and farther.

And you find out that there are some pretty gnarly challenges out there. Some of them seem downright impossible. In fact, here are ten of the most impossible races on the planet. 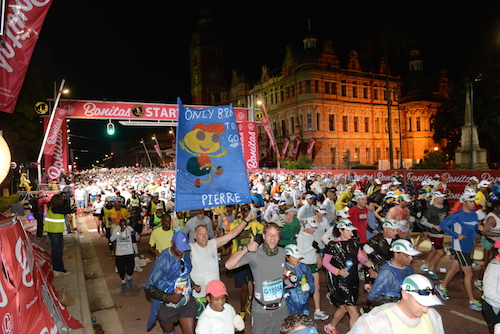 Location:  KwaZulu-Natal Province of South Africa; between the cities of Durban and Pietermaritzburg.

Comrades is a point-to-point ultra between the capital of the Kwazulu-Natal Province of South Africa, Pietermaritzburg, and the coastal city of Durban. Each year it alternates between being an “up” race (Durban to Pietermaritzburg) and a “down” race (the reverse).

Following the war and destruction of the early 1900s, one soldier, Vic Clapham had an idea. He’d seen what soldiers were capable of and wanted to start a race between his hometown of Pietermaritzburg and Durban to honor the soldiers.

He approached the League of Comrades of the Great War, which was started to help families torn apart by the war and to help soldiers maintain the camaraderie they experienced in war. Everyone thought he was mad and that the distance was too much for even trained soldiers and athletes to cover.

But Clapham refused to take no for an answer and, after years of applying to the League, was granted a loan with which to found the race. Over the years, the race gained in popularity, and a number of traditions have been formed over time, making it the oldest ultra marathon in the world, with loyal participants who return year after year. This is likely part of the reason why this race is one of the biggest ultras in the world, with about the same number of runners as a mid-sized city marathon. 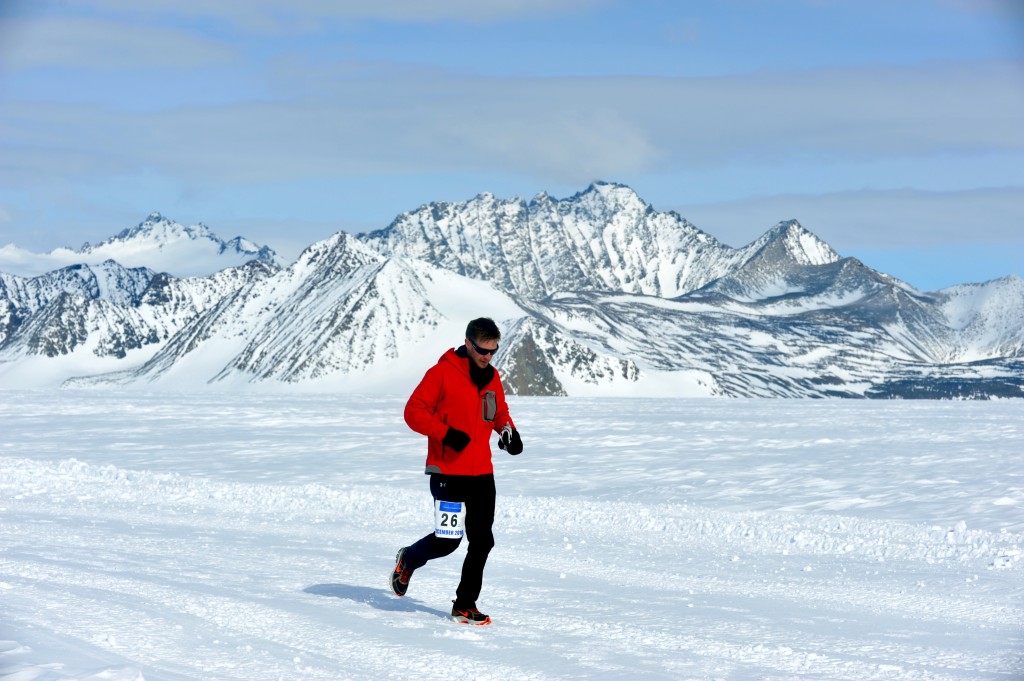 Taking place on the coldest, windiest, highest, and driest continent in the world, the Antarctic 100k is recognized by Guinness World Records as the Southernmost Marathon on Earth, enabling those who complete it to join the exclusive 7 Continents Marathon Club, assuming they have completed marathons on the other six continents.

This is the only official running event within the Antarctic Circle on mainland Antarctica, as the other races on the continent take place nearer South America. Because it’s so remote, there are no crowds to cheer the runners on here – no penguins either. The atmosphere is, to play it down, a little bit different from your average race.

The route is no joke and is well-deserving of its title of “the world’s coolest 100”. It’s a genuine challenge over snow and ice, with an average windchill temperate of -20C. Oh, and it just happens to take place at an altitude of 700 metres. Good job there are medical staff waiting on snowmobiles to pick up anyone who looks like they might be in trouble.

This is the ultimate race for runners who want to take it to the next level. 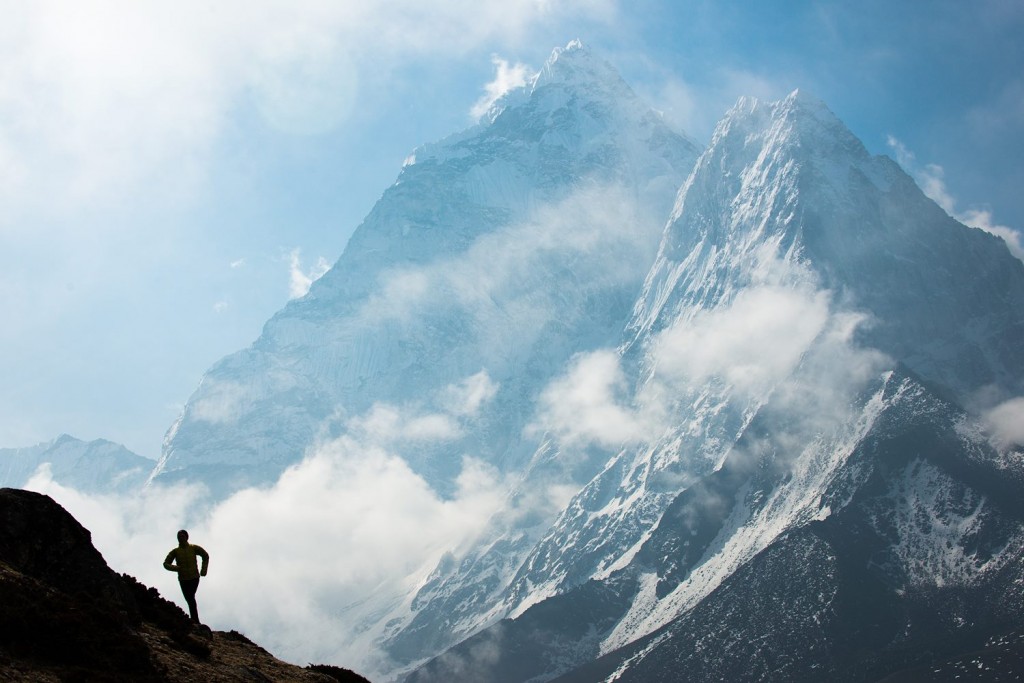 If you want to make a race more difficult, aside from adding to the distance, the obvious thing to do is to add to the height. And nothing’s taller than Mount Everest – the highest place on earth.

The Everest Ultra is, obviously, the highest ultra marathon in the world. Starting in Gorak Shep, close to the Everest Base Camp in Nepal (and slightly higher), the 42km route winds around the mountain all the way to the Sherpa town of Namche Bazaar.

Due to the altitude, some upper sections of the route can be covered with snow and ice, and it’s for this reason that only cross country runners are allowed to participate. What’s more, to get used to the altitude, all runners are required to spend 26 days in Nepal, trekking under medical supervision, and preparing for the race.

Though the course does start with a downhill path, it covers arduous ground at altitude. This race is definitely risky, with planks acting as bridges, rock hopping, slippery ground, steps, and the occasional yak. Just getting to the start line for this one (some 50 feet above actual Everest Basecamp) is a challenge that would test most people’s limits. 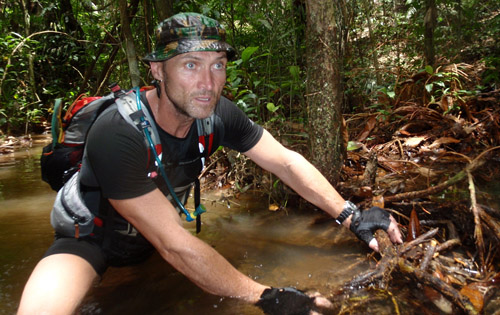 The Jungle Ultra in Brazil covers 230km through jungle trails, mountain roads, and village paths, down 10,500 feet into the Amazon. With forest, wild animals, and Peruvian tribes, this race is no normal ultra. Inspired off the Badwater 135 miler – they took the same distance and put in smack dab in the middle of a jungle.

As well as the usual ultra marathon issues runners have to deal with, this race threatens participants with insane levels of humidity. Sweating becomes useless in places like this. Water is provided at check points and base camps along the route but, apart from that, runners are on their own, and have to carry their provisions and camping gear themselves.

Better put your Tarzan face on for this one. 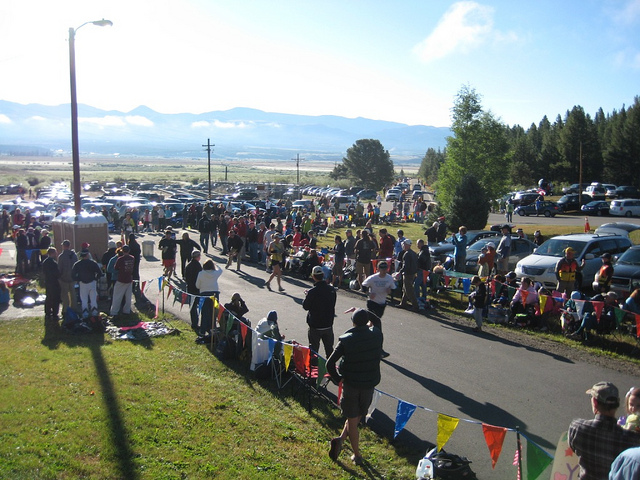 The Leadville Trail 100 Run began way back in 1983, and was started with the aim of bringing visitors (and their money) to the area. The race, dubbed “the race across the sky”, began with only 45 participants but was made a household name by the book Born to Run.

These days, the series lasts three months and thousands of races participate on foot and by bike each year. It’s a controversial run but it’s one lots of runners dream of conquering.

The Western States 100 Mile Endurance Run is known as the oldest and most prestigious 100 mile race in the world. It began in 1974 runs from Squaw Valley to Auburn, California.

Participants climb over 18,000 feet and descend nearly 23,000 feet, making their way through the Emigrant Pass, the Granite Chief Wilderness, the canyons of California gold country, an ice-cold river, and over the reddish-brown trails that once led pilgrims to Auburn. It’s an historic and wild race, for sure.

100 milers are classics of the North American ultra community and Leadville & Western States are the elder statesmen of the crew. 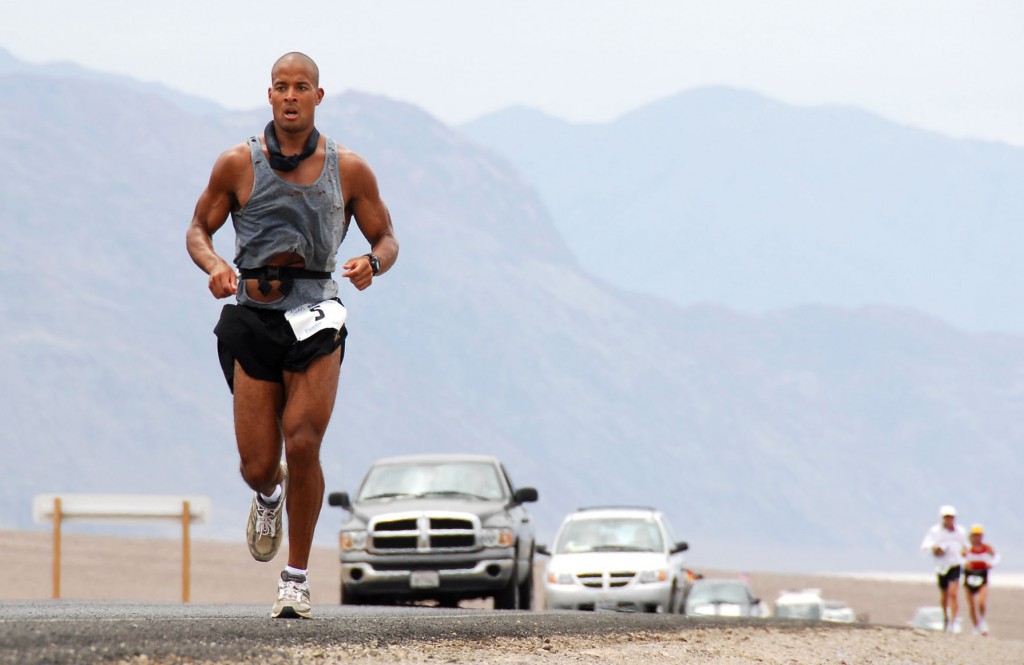 Originally conceived as a race between the lowest and highest points in the US, Badwater 135 is known everywhere as “the world’s toughest foot race”. It doesn’t get much more impossible than that.

This is an elite race, and the competition begins way before the start line, as only 100 athletes are accepted into the race each year. The track begins below sea level in the Badwater Basin in Death Valley, and ends at 8360 feet in extreme temperatures of around 50 degrees Celcius (in the shade!).

Support is not provided and runners must arrange their own assistance, food, water, and first aid. Up to 40% of participants fail to make it to the finish line, and only around 80 people have completed the race in recent years. Ouch. 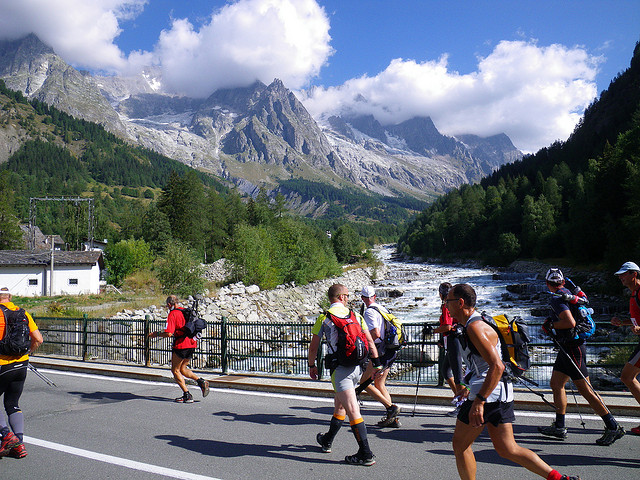 Nicknamed “the race of all the superlatives”, the Ultra-Trail du Mont Blanc runs through France, Switzerland, and Italy, climbing 9,600 metres from Chamonix to altitudes of over 2,500 metres.

The main areas of difficulty include the high passes, col de Voza, col du Bonhomme, vol de la Seigne, and grand col Ferret. And the ridges of Mont fav re, the Bertone Refuge, Bovine, Tseppes, and Tête au vent. And all the downhill tracks. And let’s not forget the wind, cold, rain, snow, granite, loose rocks, eroded track, and summits along the way.

Again, this is an exclusive race, and would-be participants have to qualify for the race.

The Kepler Challenge follows the 60km Kepler Track around the stunning New Zealand countryside. The track undulates around lakes and hills with spectacular views.

In 1988 the Te Anau community decided to build a statue of Quinton MacKinnon, the man who had rediscovered Milford Track. His discovery had enabled the people there to walk safely through the Fiordland mountains via the Milford Track, the “finest walk in the world”. Eventually he started guiding people along the track, starting a kind of tourism in the area.

One year, the Fiordland Athletic Club decided to organize a fundraising race on the track, but this proved too difficult, so they chose the Kepler Track instead. The response was so good that the event was repeated and has since been held every year. It is now the premier mountain running event in the country. 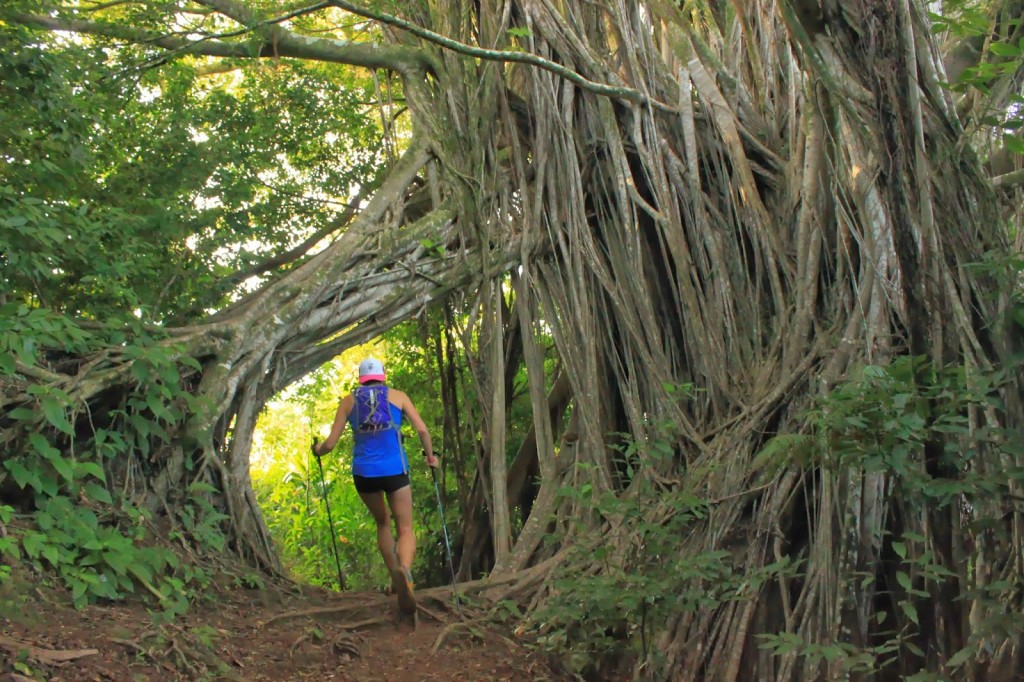 H.U.R.T. stands for Hawaiian Ultra Running Team, but you can be sure it means pain too. This course runs in a 20-mile loop through the Hawaiian jungle on the island of Oahu. That means mountain climbs, rocks, waterfalls, streams, ridges, rain, roots, and a whole host of spectacular views.

The 100-mile route is the same as the 100k route, meaning runners can change their minds about which distance to complete during the race itself, meaning those who want to finish the entire thing have to have the highest levels of determination to follow through. 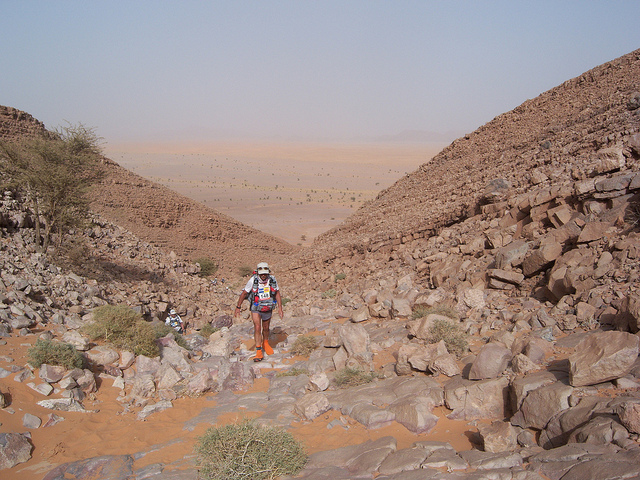 In 1984 a French man set off on a long walk… across the Sahara desert. During his walk, he decided others might like to do the same thing. Two years later, the first “Marathon of Sands” was organized. It’s therefore no coincidence that this race is all about fulfilling dreams and reaching your potential.

Called “the toughest footrace on earth”, the Marathon des Sables takes place in one of the world’s most inhospitable climates, under the scorching sun of the Sahara desert. Participants carry everything they need to survive the trek over saltpans and sand dunes, up mountains, and through ruined towns, dust, and sandstorms. In total, they complete the equivalent of five and a half marathons in just five or six days.

This one is epic.

You Can Run An Ultra Marathon

As impossible as these races sound, with the variety of challenges, distances and terrain that they cover, they’re not impossible. As crazy as it sounds, every one of these races has been completed by some people. Quite a few people actually! People who probably aren’t that different from you. All it took was their deciding what they wanted to do, knowing what they were willing to give up for it, deciding that they really wanted it, and then just doing the work.