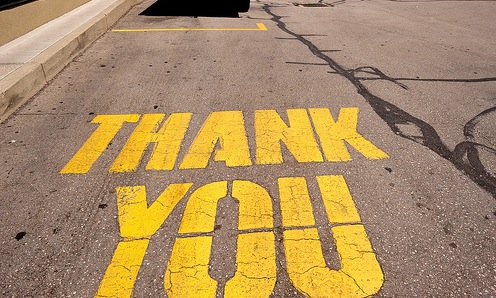 In January 2010 I decided I was going to do a triathlon. Beginning in April last year, I began to write a few things on this blog about the journey, my first few steps into the world of blogging, triathlon racing, and purposely living a story worth writing about. And one year ago Saturday, I officially “launched” this blog to the world.

I’ve said countless times that I would still write here even if nobody read because it helps me get the thoughts out of my head and propels me to actually do the impossible goals I’ve laid out in front of me. That said, there were plenty of times where I didn’t want to start, I wanted to stop, or I got stuck and didn’t know how to go forward.

I probably would have given up quite a few times, but a lot of people helped me pull through. While I could take the time here to look back at the cool things I’ve been able to do in the last year, I figured it would be more appropriate to take this time to thank a few people who’ve helped BIT become what it is as well as help me keep going, even when I didn’t feel like it.

12 People I Need To Thank For The Last 12 Months

Like a lot of people, Chris was my original inspiration to start a blog. A Brief Guide To World Domination really got me thinking about what I really wanted to do with my life & how I wanted to go about living it. Realizing that life wasn’t just about getting what I want out of it, but also about helping others getting what they want, and giving back to the world. Out of all the other blogs I read combined, AONC has probably had more influence on my writing than anything else. Thank You Chris.

Most of you don’t know Roshanda. She’s one of my good offline friends. She blogs, but not nearly enough as she should. She was actually one of the first people I talked to about starting BIT and she talked my out of countless bad (and I mean terrible) blog ideas. She actually ended up helping me come up with the actual name of the site, Blog of Impossible Things, of which I’ve probably received more compliments for than I have on my actual writing. Thank You Roshanda.

I met JD in person in Chicago last year and I told him that he’s actually the whole reason I got started in this blogging thing in the first place. A couple years back, I  stumbled upon Get Rich Slowly one day via Lifehacker and started reading. One day he talked about this crazy guy traveling to every single country in the world that was collecting coins from the mint and putting them into the bank for frequent flyer miles (spoiler alert: that was Chris). That started my descent down the blogging rabbit hole. Not only that, but JD was also entirely way too patient and gracious with giving me my first guest post ever and has given endless amounts of useful blogging advice. Thank You JD.

Steve was one of the first bloggers I ever emailed. Not expecting much, I didn’t know quite what to do when he actually emailed me back. After going back and forth with Steve for the last year, it’s been awesome to see him blow up with Nerd Fitness (still one of my favorite sites online). Somehow he still manages to challenge me to do better form on my pushups, kick my butt and make me laugh about it the whole way. Steve’s made blogging a heck of a lot more fun for me. Thank You Steve.

I started to get really involved in reading different blogs about two year ago and Location180 was the first blog I read that I thought to myself,  “wow, I could do this.” I started reading Sean’s blog about a month after he started and watched him go from just some college graduate kid who wanted a new job to someone who made a physical & meaningful change in his life, sold his car, quit his job, and moved to Thailand. When I saw him do that, I realized there wasn’t any reason why I couldn’t go do whatever the heck it is I wanted to. Out of all the blogs I read, I could relate to Location180 the best and it was Sean’s blog that finally made me get off my butt, stop reading, and go do something. Thank You Sean.

I reached out to Jim last year about this time. As a newbie blogger and even newer triathlete, I figured I needed to learn from people better than me. I knew Jim had done an Ironman in the last year or so, so I figured I’d ask his sage advice. The email I got in return was some of the most encouraging advice I’ve gotten to start triathlon training and really solidified my decision to actually do this. Without that, I’m not sure I would have gotten past my first race. Thank You Jim.

After Steve, Colin was the next guy I emailed who actually emailed me back. He let me run my second guest post ever and consistently challenges the way I think about business and life. We’ll actually disagree on a few topics, but I find it never actually bothers me because we agree so much on how to actually think through and come to our conclusions. The few times I’ve been able to meet up with Colin in person have been not only a ton of fun, but really productive as well. Also, as a fun side note, Colin (and Steve) were the ones that finally convinced me to start barefoot running. Thank You Colin.

Tyler and I started our blogs within a month of each other last year and it’s been amazing to grow along side with him. If you check out some of the older posts around here, he was one of the first guys to ever comment here on my site (and if you’re a new blogger, you know how big of a deal those first comments are). It was a huge encouragement then and even a bigger encouragement now as he’s blown up as of late with AR and still makes the effort every now and then to come on over and contribute in the comments as well as take the time to chat via email & phone. Thank You Tyler

I have a very short list of people I pay attention to when it comes to business. Dan and Ian are one of them (well technically, they’re two people, but I like to count them as one combined super-human business duo). They cut their teeth on a product business where margins are small, product is finite, and you actually have to have warehouses to store your stuff. They’ve helped me out with a few of my first ventures and given me a lot of practical advice about blogging & business and how to balance the two, all while making me laugh. Thank You Dan & Ian.

Last year before the Chicago Triathlon, I remember sitting down with Nina, Mark, & Brandon at a restaurant and talking excitedly about our blogs. We were all sort of sitting in wide-eyed amazement that we had a few hundred readers and people would actually pay attention to things we wrote. 9 months later I still remember that conversation. As things have grown throughout the year, I’ve had the chance to be involved in a few of Nina’s projects, as well as be encouraged myself as I see her do bold things and grow tremendously in her own life.  Thank You Nina.

Mars is one of those guys that always seems to have more energy than humanly possible. Everytime I start to feel like I’m slowing down on a project, I take 10 minutes to listen to him and I immediately feel like I need to invest 10x the energy & passion into what I’m doing. 10 minute check-ins with Mars turn into 90 minute impromptu pep talks that leave me wanting to run out of the room and go do something awesome. Thank You Mars.

I’ve mentioned Matt before, but he’s been  a huge encouragement to me since the beginning of BIT. Ever since he’s started his blog, he’s been even more so of one. From keeping me accountable on deadlines to giving me great feedback on a several ideas, Matt has been a big help on all fronts. Being in a different stage of life, Matt keeps proving to me that it doesn’t matter where your life situations are at, if you want to make a life change, you can. Thank You Matt.

When I started this 12 months ago, it was a personal challenge. Something to challenge myself and keep myself accountable to a few changes I wanted to make in my life. I had no idea that thousands of people would come on board and be a part of what I was doing. While it wasn’t planned, it’s been a welcome surprise. The countless emails I’ve received have more than made it worth it and you guys keep me honest, pushing forward and coming back for more. Thank you guys for everything. I can’t wait to see what the next 12 months look like.