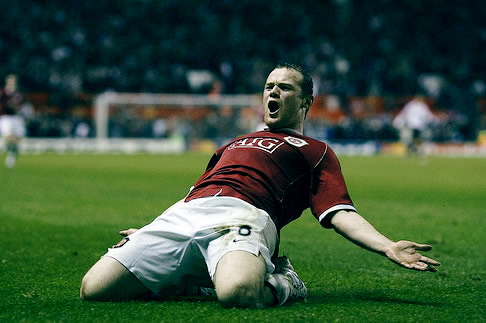 That been the #1 question I’ve gotten lately from reader and friends around the blog the last 2 weeks. Well, you finally get to find out today what impossible things I’m planning on for 2011, but first I’d like to make a point about goal setting in general.

Goals that aren’t specific aren’t very helpful. If you’re vague about where you want to go, you never know if you’ve actually gotten there. Also, goals without a timeline end up being dreams. They’re things to be acted on someday, but not quite yet. Timelines give things immediacy and so for my purposes here, I try to make goals that are both specific and have specific deadlines. Sometimes that means I fall short of achieving what I wanted to do, but at least then I know I fell short and I can regroup, reevaluate and make a second attempt at it. If I’m not specific with the end goal and timeline, it’s very easy to just wander and not every know if you really accomplished what you set out to do.

With that in mind, I try to make all of my goals here for the year specific and measurable. If you see any goals here that aren’t, feel free to call me out in the comments. I can take it!

Now onto the goals. The first ones are very blog specific but I’ve got a whopper at the end, so make sure to read the whole thing.

Most bloggers have a vault of backup posts somewhere in case of emergency. If they get stuck on a plane, their computer self destructs or mass chaos ensues, they’ll still have posts galore scheduled while they wait out the havoc. I don’t.

Every post I’ve written here is in real time. While I like it, and it lets me convey the thoughts that I’m thinking right now, I would hate to disrupt my blogging schedule and disappear due to poor planning on my part.

Impossibly Specific Goal: 26 killer posts in my vault by the end of 2011. That’s an extra post every other week, and will be close to 3 months worth of content at hand if my computer decides to decide like it doesn’t feel like turning on one day.

In the last year, I’ve become a much much better writer than I’ve ever been before. That said, I still get the occasional private message or note that I misspelled a word or forgot to finish a thought. I proofread everything, but my mind usually sees what I meant to say rather than what I actually wrote. This means I end up with misspellings much more often than I would like. Everyone is incredibly gracious about this, but the truth is I can do better and I need to.

Impossibly Specific Goal: I want to have less than 1 post a month that contains a spelling error. This is a tall order, but with a little planning, some more attention and reading the posts out loud to myself, I’m pretty confident I can make this happen.

As a marketer, I’m sort of embarrassed that I’ve been so bad about plotting metrics here at the blog. At my job, that would be unthinkable, but I’ve gotten caught up in the numbers game before and it’s killed off my creativity so I’ve stayed away from worrying about them too much here. Things are trending upward, which is the important thing, but there needs to be a good balancing point between getting overwhelmed in statistical information and actually using that information in a way that is helpful & allows you to improve.

Impossibly Specific Goal: In 2011, I have a few key data points [subscribers, followers, likes, page views, unique visitors, etc] to plot out and plan on doing so every 1st & 15th of the month. Keeping stat checking to 2x a month will help keep my semi-addiction at bay, while also giving me enough data points throughout the year to see what worked and what didn’t. This should work as a great visual way for me to gain context and visualize progress from a pure data standpoint this time next year.

I also want to continue posting 2x/week [104 total] here at BIT and guest post 1x/month [12 total]. I have a lot of new types of post features I want to introduce this next year and a manifesto in the works as well. Basically, there’s a lot of stuff on it’s way for the blog. Stay tuned.

I have a lot of ideas. In fact, I have a notebook where I write down all the different ideas I think up. Ninety percent of them suck. That’s completely okay with me because I know that for every 9 terrible ideas I have, I’ll have 1 that is a great idea. I’m looking for that 1 idea. The problem is sometimes you don’t know if an idea sucks before you try it out.

Fast prototyping is something I’ve been terribly interested in as of late and I need to put it to use. I’m not ready to share some of these ideas [they’re still in the incubation phase], but I will go ahead and say I want to at least launch 2 of them by this time next year. They’re a lot different than what most bloggers are doing and are going to take more work than just writing an ebook, but this is also much more interesting to me and will hopefully be something that people can actually use as part of their online presence rather than just another piece of information.

Impossibly Specific Goal: Launch two business ideas and get them shipped and see what happens.

Instead of having a bunch of small goals in the athletic realm this year, I just have one big goal in my sights for 2011. It’s sort of a piss-your-pants scary type of goal – so much so that I’m actually a little hesitant to put this out there because that means I have to do it. However, it is something I actually want to do and something on my list, it just happens to be a fairly intimidating. I’m going to run a half-ironman in 2011. There, I said it. I’m going to swim 1.2 miles, bike 56 miles and run 13.1 miles. In a row. That’s a lot of miles (70.3 to be exact)! Chances are, doing this will involved knocking several other things off the impossible list. While training for it, I’m planning on running a marathon and possibly competing in a duathlon. I’m still plotting the actual race days, but no matter what else [barring injury of course] the half-ironman will happen.

Impossibly Specific Goal: Complete a half-ironman by the end of 2011.

There’s a plan in the works to cross off a few more adventuresome things on my list at the WDS in Portland in June with a few other people. If you’re going and are interested in some adventurous activities, comment or email me and I’ll let you in on the details as I put them together…

Last year I opened up  a text document and wrote down a bunch of goals I wanted to do in 2010. This was before I actually had started BIT. I forgot about the document and found it sometime in November. As I read through it, it was almost funny how much of the stuff I had accomplished. Some of the stuff ended up on my impossible list and some of the stuff I had forgotten about, BUT because I had written it down, I was unconsciously doing things in line to achieve the goals I wrote down 12 months ago and finished them without really even thinking about it! Depending on your take on things, you can easily write that off as an anomaly, and maybe it is, but there really is something powerful in writing down your goals.

What are your impossible plans for 2011? Do you have any goals that are almost too scary to say out loud? Tell me in the comments. Sometimes writing down your goals or saying them out loud is the best way to make them a reality.

I’m getting asked a lot about the 100 pushups challenge I announced back in August. I finished the 200 squat challenge, but long story short – the 100 pushups are kicking my butt! Still, I’m close (60-70) and I’m gonna give it a shot in the next two days before the New Year and see if I can’t knock it out due to sheer necessity of avoiding public humiliation :). Either way, I’ll let you know next week sometime on whether or not I succeeded. Happy New Year! What impossible things will you accomplish in 2011?