You are here: Home / The Impossible / 2010 Impossible Review: Gaining Context 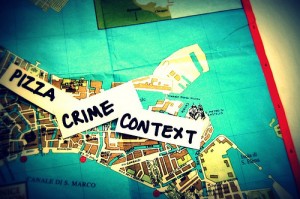 2010 was a year of establishment. A year ago, everything from using WordPress to running triathlons to writing on a consistent basis was new to me. I had some background in each of them, but I had never immersed myself in it. This year I did. I made lots of mistakes, started over a couple different times, but I figured it out, I adapted, and I survived.

Here’s a quick rundown of how things went:

13 months ago, I had never run more than 3 miles. In the last year, I’ve run a 10k, a half marathon, two sprint triathlons [1st race, 2nd race], and an olympic distance triathlon. I also threw in an indoor triathlon and an adventure race for good measure.

This was a huge step for me. I went from knowing nothing about triathlons to establishing that I can swim a mile, run 13.1 miles and bike 20+ miles. I needed to give my body a little bit of a break since November, so over the last month training has slowed. But, in the next week, I’ll be shrugging off the cold and snowy Indiana weather and picking up the training. I’m going the couple extra months of practice if I want to finish a… nevermind…that’s for Thursday’s post. Moving on…

I’ve written 88 posts in 2010. Thursday’s post will be number 89. I also wrote a short guide that members of the League got for Christmas [Note: If you’re not a part of the League and missed out on this one, you can sign up here for more goodies on the way]. I had the opportunity to write several guest posts for blogs I enjoy and respect , including one at Think Traffic about doubling your comments [the article got over over 100 comments so I guess the strategy works]. I did really great on guest posting for a 2-3 month stretch in July-September, but since then I’ve focused on other things. That’s something that I both want and need to get back to doing.

When I started BIT, I didn’t have any writing goals other than to keep doing it. Blogging had been an off and on hobby, but nothing more than that. That’s definitely changed since I’ve started. I’m quite happy with the progress I’ve made and the consistency I’ve maintained throughout this last year; however, I want to be more deliberate with the direction I’m taking my writing. This is something that will be constantly evolving as I continue learning how to live and tell great stories. I’ll be sharing more specifics here  about what this means exactly on Thursday.

I’m not planning on “monetizing” BIT in the traditional sense. A lot of people think that means that I  don’t plan on making money at all, that’s not really true either. Here’s my two sentence take on business – Do great work. Get paid well for it. End of story.

Even so, without really trying, I’ve made a little over a thousand dollars this year because of this blog that I wouldn’t have made otherwise, mostly due to relationships I’ve built with different people through it. That’s not a ton of money, but that’s totally okay with me. I’d much rather grow other businesses and let this blog serve as a place to share that journey and experience, just as I would do with a triathlon or any other of the goals on the list.

Some of the few moments this year that were really big highlights for me:

Of course there are a lot more things I could list out, but that would just be another list and this is more than just a list of impossible stuff I’ve done this year.

As I said in the last weeks post, often when I look back on the year, I’m tempted to focus on the stuff I’ve still got left to accomplish. While that’s good, but without context, my reaction tends to be “that’s it?” rather than “wow, look at what I’ve done.” It’s good to push forward, but not at the expense of gaining context and understanding the broader scope of things. Gaining context is the main reason I’ll be conducting these impossible reviews. Context allows me to enjoy the things I have accomplished and reminds me why I’m doing what I’m doing. Context gives a list meaning and turns a string of accomplishments into a story of improvement, and evolution, success and failure into something that draws you in.

When I look at this year in context, I can see that I established a lot of things and I laid a lot of groundwork for the future. Looking back a year ago this time, I was unemployed, I had never run more than 3 miles in my life and barely knew what three events a triathlon consisted of. 365 days later, I get to do work I enjoy, I’ve dominated several races, and I’ve built up a modicum of success in the blogosphere. More importantly, I’ve got a better understanding of what things actually are impossible and what just seems so in my mind. The best part? Everyday the things that are impossible seem a little less so. I’m continually amazed at what can happen in a year and you your life can change so drastically in one year.

How was your 2010? What impossible things did you accomplish this year?