You are here: Home / Hacks / 6 Things I’ve Learned In 6 Months of Blogging 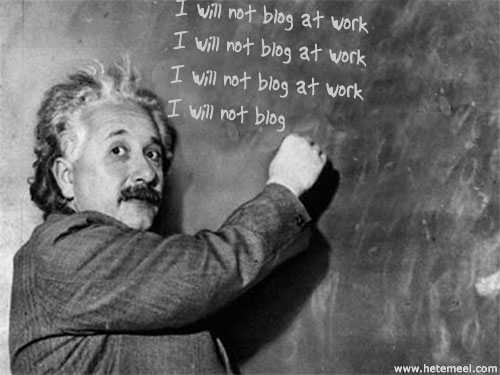 Saturday was the official 6 month birthday of the blog.

Honestly it’s not really much. When this whole thing started off as a personal project 6 months ago, I can’t say I expected it to turn into what it did. Wow. 70 posts later, along with 3 triathlons, several other races, lots of new readers and some good friends, I’ve learned a lot in the last 6 month. Here are six key lessons:

1. Writing is the most important part of a blog

This sounds basic but it is. Spend more time writing than you think. If your writing isn’t any good, no one will read you. if no one’s reading you, you probably need to start writing better.

Study your writing. See what worked and what didn’t. Write, write, write.

Stop worrying about your design. There’s plenty of things I still don’t like about my site’s design, but i could spend hours tweaking it and never be happy. Meanwhile those tweaks probably would never be noticed by anyone else, and I’d be wasting lots of time that I could spend productively on things that people would take notice of.

Write, write, and write some more. It takes a while to get good at it so just keep writing [more on this in a bit].

2. But people are still more important

There’s a lot of adieu about only having 150 connections that you can really relate to.

I have no idea on what that study is based, but it doesn’t mean you can only talk to 150 people.

You should talk to way, way, way more than 150 people.

You don’t have to go out to coffee with every single one of them, but you can respond to their comments, acknowledge them on twitter, be courteous when people talk to you or go on a nationwide book tour to meet them.

People matter, and if you’re just focused on your writing, you’re missing the point [and a lot of fun meeting all of them].

3. That thing you keep putting off? Just do it.

I put off launching the blog for about 3 months after I had the idea. Once I launched it, I put off creating an email series. I had the email functionality set up from the beginning, but I had no incentive for people to sign up until last week.

I finally just did it and wrote the thing. The result?

I doubled my email subscribers in a week. My email list now has almost as many subscribers as my rss feed and I’ve been getting great feedback from people who’ve read through it. [If you’ve been through it, I’d love to hear your thoughts]

So that thing you keep running into and you keep finding yourself putting off over and over? Stop waiting. Just do it. It’s probably the most important thing you SHOULD be doing right now. [If you want to sign up for the series, you can do it right here].

4. Put your metaphorical balls on the line.

If you want to do something, give yourself a deadline and tell other people about it. Put your balls on the line. I wouldn’t have done any of the triathlons, races or this upcoming half marathon if it wasn’t for the blog. I wouldn’t have gotten the email series done if I hadn’t just said that it would be out in a week.

Make a deadline and put your balls on the line. it works.

The more you help others, the more they’ll help you.

I sucked for a while.

The first three months, I sort of meandered around with my blog. I had a few posts [ex. Screw It & Do It, Experiences > Things, Run Through The Rain] that I was really proud of, but it wasn’t until the last few months that I really started to figure out what direction I want to take the blog and that  the blog really took off.

Seriously, take my advice and read my archives. They’re not what most people would call “good”

I sucked for a while, I’m still sucking a little  bit and I’ll probably suck in the future.

But [and this is key] I won’t suck forever. And neither will you.

[p.s. do yourself a favor and click that link and watch the video.. My friend Roe writes that blog, and you should pay attention to her. She writes about completely different stuff than me [arts & crafts], but she’s brilliant].

Sucking is inevitable, but once you start to embrace the suck [if you’re in the league, you know what I mean], you start to realize that it’s all part of the process.

Thank you. Thank you so much reading. I appreciate your nice [and mean] words, comments, and emails more than you know. The last 6 months have been awesome and I’ve got some cool stuff planned for the next 6 so stay tuned.

Keep changing the world. One impossible thing at a time.

The site has grown because you’ve shared it with people. If you have a few seconds, share it with your people and keep BIT growing. Facebook, Twitter, Email, LinkedIn, wherever you feel it would be useful, please do. Thanks 🙂