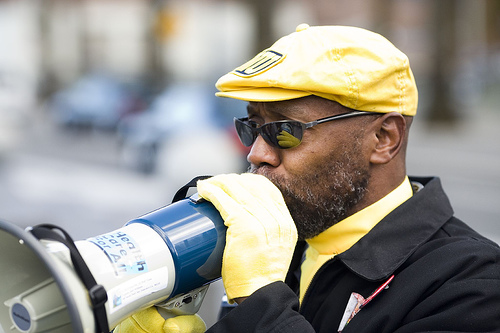 Holy cannoli, Batman! There’s a ton of stuff happening around IMPOSSIBLE and it’s getting a little ridiculous! There’s a lot of stuff to get through. Let’s just dive right in!

By popular request, we’re expanding the apparel line beyond just shirts. In order to do this, we’ve streamlined the impossible gear page and updated the gallery of people doing impossible things. Here’s what’s coming up.

Ladies, I know I’ve been saying for the last few months that we’re coming out with tank tops, but they’re finally here. I’d talk more about them, but, at this point in the game, it’s easier to just show you some photos. 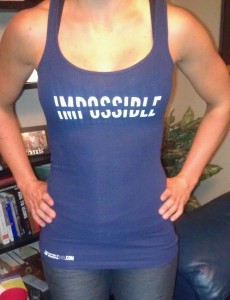 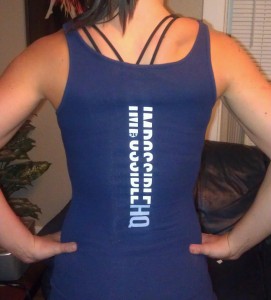 Major props to Juli Bauer of PaleoOMG for putting up with my pestering by modeling this and dominating CrossFit this past weekend.

With some gentle nudging from my friends at {r}evolution apparel, these shirts are printed on Alternative Apparel baby rib tank tops that are eco-friendly and socially conscious (not to mention, they look great and are super soft). I’m sorry to make all you wait so long but they’re [FINALLY] available for order. Pick yours up from the store today for just $20 + free shipping to ANYWHERE IN THE WORLD.

Don’t worry, we’re not changing much. The front is staying the same (of course), but we’re switching up the back to be a little cleaner and a little bolder. We’ll be changing the back logo to the Impossible HQ logo design and dropping the URL. It’s a little less promotional and a little better designed and if someone asks you what the shirt means, you get to have a fun impromptu conversation. 🙂

You can see the difference between the two shirts below. We’ve dropped the URL and combined IMPOSSIBLE with HQ.

The shirts are on their way to me as we speak and they should start shipping in early June. Keep an eye out for them.

Are you a cyclist? A group of cyclists in the league want custom IMPOSSIBLE jerseys. If you’re interested, sign up here. If we get twenty or more people interested in pre-ordering them, we’ll do a one time, limited edition custom jersey and order them up fresh. How about that? Get on the list.

I’ve also had a bag of suspicious looking wristbands dropped at HQ. One of them has even been spotted in the wild. We’ll announce exactly what these are for in the days to come. 🙂 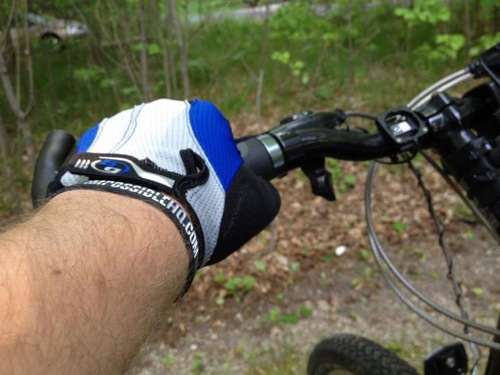 And, in case you’re curious, there’s more gear in the works as (we’re looking at you, tech shirts and hoodies).

We decided to change platforms because the last one was getting really slow and difficult to navigate as it grew to over 500+ people, so we started fresh, with better software, cleaner navigation, and more expandability (so we can do some really cool things in the future). We learned a lot from the old platform and we’re going to be bringing those lessons to the new platform. If you’re looking to make some changes and do something impossible, the Impossible League community is absolutely amazing (did I mention that we’ve raised over $6,000 for Kiva.org?). Check out the new Impossible League community and join up here.

I really can’t explain how excited I am for the new platform. While we’re still working out some of the minor kinks, it’s a ton of fun to interact with other people on it and see what incredible things people are up to (like Hailey Manning who’s qualifying for the Kona Ironman Championship!). You should really check it out.

(Note: due to exporting restrictions from our old acccount, if you had an old Impossible League account, it will no longer work. You’ll need to create a new one. I know, it’s a pain, but it’s going to be totally worth it. Promise.)

Back in September, I went to Ohio and did an interview with a friend. We ended up creating a longer interview video, but also managed to put together this short promo video which will be living in the sidebar for the near future. It’s a pretty short video that’s really well done. Check it out.

Back in early April, I threw out a challenge: thirty days of cold showers. Thirty days of overcoming resistance to do something impossible that you’ve always wanted to do. I dubbed it Cold Shower Therapy™.

A lot of people took on the challenge, did it, and changed major things about their lives. I wanted to get serious about getting back into shape after a crappy winter, so I jumped into a hardcore workout regimen and focused on another impossible thing on my list – getting a six pack (results coming soon).

Not only did it work for me personally, but the post was one of the most visited in recent memory and it made me realize there’s a real need for this type of challenge to happen on a continual basis. Over the last couple of weeks, I’ve also been getting lots of requests for personal coaching to help people get unstuck. While I don’t do personal coaching, I decided to meet both needs at the same time and fuse the two pieces into a 28 day email challenge course focused on getting unstuck and making one lasting change in 28 days, by taking Cold Shower Therapy™ for four weeks.

The Impossible Manifesto has a new cover! If that’s not enough for you, we’re also working on making it available in print! The first copy is on its way to me as we speak and it should be available for purchase in the next week. Yup, it’s like a real book now. Neat! If you haven’t downloaded the Kindle version yet, Amazon makes me charge $0.99 for it, but I fought their lawyers and made it free until the end of the week from their site, so pick it up! 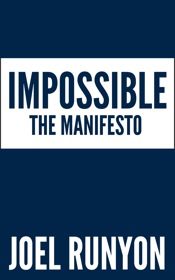 Also, I’ve had a few professors ask me about using the manifesto as part of their high school or university curriculum. With a new print edition, that might get a little easier to do. If you’re a teacher or professor and are interested in doing this, get in touch and let me know!

Ever since publishing the manifesto on Amazon, I’ve wanted to experiment with Amazon as a distribution source. I decided to go ahead and take some of the most popular blog posts on the site and turn them into short e-books you can take with you anywhere you go. You can see the three posts we turned into books below.

These are all available on Amazon for absolutely free for the next week, so if you’ve got a Kindle, do yourself a favor, go over and pick them up (and if you like them, I’d love for you to rate them while you’re at it). As a plus, as of hitting publish, these books were at one, four, eight, and ten in Amazon’s Entrepreneurship section. Not too bad, huh?

I’d love to give them away forever, but Amazon is making me charge a minimum of $.99 for them once this promo is over (so if you want them, you’d better act sooner rather than later, as they’re only free until Friday!). You can see all the books I have right now on Amazon right here. (Here’s my favorite review so far.)

I mentioned after speaking at Target earlier this year that I was going to try to do more speaking engagements. Well, we’re making that happen. If you don’t know already, I’ll be hosting a breakout session at the World Domination Summit, so if you’re attending the conference, you should probably come and say “hi.” 🙂

I’m also taking a group of twenty to thirty people to jump off a bridge with me before WDS (there are only a few spots left, so if you want in, sign up here) for the 2nd annual Plummet at The Summit. Two jumps, special edition impossible gear, the experience of a lifetime, and another thing knocked off your impossible list.

We’re also going to be having one of our first Impossible meet ups in Portland the Monday after WDS and it’ll be absolutely free. If you’re going to the conference and want to stick around for another day or are just in/around Portland and want to meet a bunch of really cool people, put it on your calendar. There’s more information coming soon.

The bungee jump trip is a small part of Impossible Adventures – a new venture where I’ll take people on awesome adventures every three, six, or twelve months. If you’re interested in getting more details about this, visit the site for more information and to be notified of upcoming adventures.

ONE MORE THING: A Giveaway 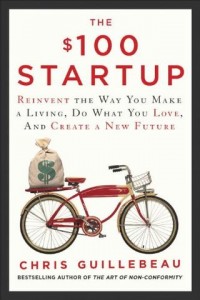 I’m a little late to the party, but some of you know of this up-and-coming blogger fellow Chris Guillebeau (aka Chris G-ihavenoideahowiactuallyremembertospellhisname). Chris came out with a little book a few weeks ago called The $100 Startup. It’s about building your own business even if you don’t have massive amounts of capital or a trust fund to get you started. As soon as it went on sale, Chris did what he did best and completely dominated the bestseller lists of the New York Times, USA Today, and the Wall Street Journal, so when I finally got back to the States last week, I grabbed my copy and read it in one sitting. It’s that good.

Chris has been a huge inspiration for everything I’ve done here on the blog (right from the second post on this blog) and, since I try to make a habit of passing on books that I enjoy and I have two copies to give away, if you’d like one, answer this question:

Answer in the comments and a completely biased judge will pick my favorite answer and ship the book out in the next week.

Believe if or not, that’s not a complete list of the stuff that’s happening around here. Things are growing crazy fast and there are a lot of cool opportunities coming up (including another adventure that I’ll be sharing next week). If you want to get involved, get on the email list and join the League. There’s some big stuff happening around here and this is just the start. 🙂

Whew! That’s a lot of things. Just to recap in case you lost track.

Told ya we’re busy :). Stay up-to-date with all the madness on Twitter 🙂.