You are here: Home / Hacks / Being “Right” Is Overrated 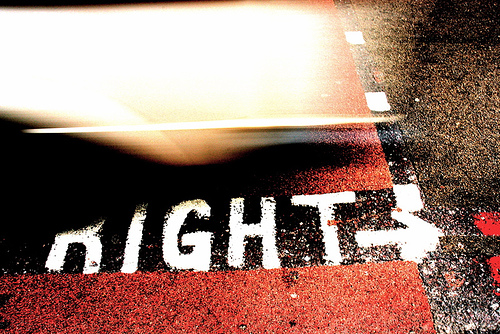 Do Something. Learn From It. Adjust. Don’t worry about being “right.”

Whenever someone does something important, people come out of the woodwork to debate pointless intricacies. You said it wrong. You did it wrong. I would have changed this. I would have done that. Tsk Tsk Tsk. And they wag their finger at the doer as they hypothesize the dozens of better ways they could have done it better. There’s only one problem with that.

However, it never seems to fail that the biggest critics are also the least likely to actually create something. Especially something worthwhile.

Unfortunately, it’s easy to pay attention those yelling the loudest. So instead of focusing on creating, we focus on being “right”.

It’s way too common to allow being “right” to keep us from being done. Being “right” keeps up from doing something. Doing anything.

It’s much harder to aim than it is to steer and the easiest way to steer is to start.  You learn, grow and stretch by doing.

Perfection is illusory. In a world waiting for things to be just right, there’s a desperate need for people willing to do something.

This Thursday I’ll be opening up a community to the public for doers – people who are taking action with their lives and doing something. I’d love for you to be a part of it. More details on Thursday so stay tuned…