You are here: Home / Adventures / The #1 Productivity Hack In The World 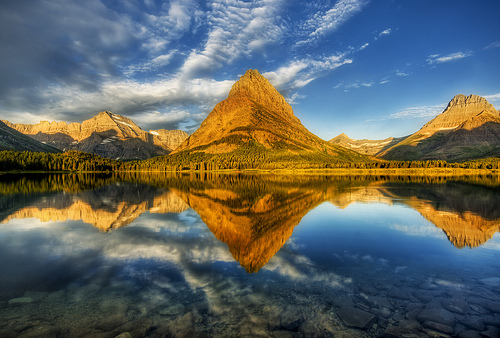 Everyone wants to be more productive and get more stuff done. Productivity advice comes in droves and it seems everyone has their little piece to add. A popular video has been circulating the past year or so with Richard Branson on how he doubles his productivity.

Richard Branson is one of my favorite entrepreneurs in the world and I love that answer, but it’s not quite there. Obviously, I love fitness, and sure you might make even more happen if you’re already started and you add in exercise. However, if you’re like most people and struggling to get started, you’ll still be stuck at zero.

The #1 reason why most people aren’t productive, isn’t that they’re not exercising – it’s that they don’t know what to do.

They don’t know what to do because they haven’t decided what they’re going to do.

They’re either waiting for a cue from someone or simply mulling over the pros and cons of the decisions over and over and over. You can only do that so many times until you start finding that you’re surfing the internet aimlessly, playing video games or generally being unproductive.

That’s why decision is so important.

Personal Note: I’ve been working on this the past 6 months and really focusing on where & how I spend my time. Being able to DECIDE means you’re able to eliminate things that aren’t important, focus and execute on the ones that are.

The reason why decision works so well, is that decision leads directly into action. If you decide you’re going to do something and commit to doing it, all that’s left is the doing. You already know what needs to be done, so you set aside the motivation, and become disciplined to do it.

The outcome has already been decided. You’re just waiting for reality to catch up.

Good Or Bad – It Matters Less Than You Think

The main reason people waver on decisions is that one is good and one is bad.

But, it’s often the case that most things aren’t . Some are good and some are better. There might even be a “best” decision at the time, but it can be hard to always know ahead of time with the information you have. Sometimes it’s impossible (unless you have time traveling capabilities).

So you can either sit still, suffer from paralysis by analysis and never do anything or you can can decide, take action, learn from the outcome and repeat and get closer to what you want to accomplish.

The Most Important Decision

No matter whether your decisions are good or bad, the most important decision you can make is to keep going.

You can do your homework, learn all you want, but at some point you just have to decide and take action. If (or better yet: WHEN), something goes wrong, decide to keep going and endure.

Want to be more productive? Work on making decisions. Then execute.

The #1 Productivity Hack In The World Video

I’m doing 28 days of videos on YouTube. Catch up and ask your questions here.