You are here: Home / Hacks / Comfortology

Beliefs are an interesting thing – they don’t matter at all – until they’re all that matter.

The word “belief” is generally understood to be one word – but there are really two separate kinds of beliefs.

The first type don’t matter at all. The second type are the only thing that matter.

The first set of beliefs don’t matter because it really doesn’t matter what you say you believe. I mean, it can matter to some extent & you can convince people all you like that you really, really do believe whatever it is you say you do – but as soon as it comes time to act – that’s when things really matter.

Cold Shower Therapy is an even simpler test (for those of you that don’t have a bungee jump zone right next to your house). Why? Because you either do it or you don’t and the only reason people don’t do it, is because they’re scared or they’re cocky. 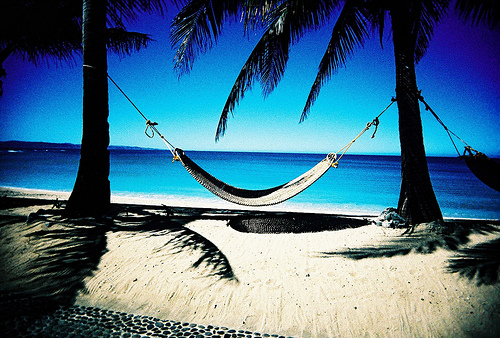 I literally just made this word up. That means I get to define it too. Woot.

Comfortology – The belief that life is a pursuit of comfort.

This is the default for 90% of people (ballpark).

To be honest – this is incredibly tempting for me but I just can’t bring myself to this because I think the opposite – I think that that most things worth doing are uncomfortable.

I think that life is a pursuit of meaningful things that most people miss out on because it takes more effort.

“Opportunity is missed by most people because it is dressed in overalls and looks like work.” – Thomas Edison

Life is a forging ahead into your discomfort zone & expanding it. Getting comfortable with the uncomfortable & letting those uncomfortable experiences forge your character through the journey.

I get a lot of email. I read every single one. A lot of people will read posts and write me saying:

I answer everyone who writes me a serious email – but anytime someone says they’re inspired or motivated or excited – I ask them a simple question:

Awesome! What are you going to do about it?

Because that’s all that matters. Motivation doesn’t count for anything.

Not everyone writes back 🙂

The thing is that what you do is all that matters. Your actions show your beliefs more than pretty words, nice emails or anything else you want to do.

Note: It’s really tempting to read something like this & think “oh, this person needs to read this”, but it’s tough to go to the bathroom – look yourself in the eyes and ask yourself:

Are you really okay with being uncomfortable or are you a secret believer in comfortology?

It might get a bit uncomfortable, but that’s how you know if you’re doing it right.

Getting uncomfortable can be tough – so one of the goals around IMPOSSIBLE over the next few months is to build tools that help people take more action. You’ll hear about a couple of these in the next few days. Stay tuned 🙂