You are here: Home / Adventures / The Domino Effect 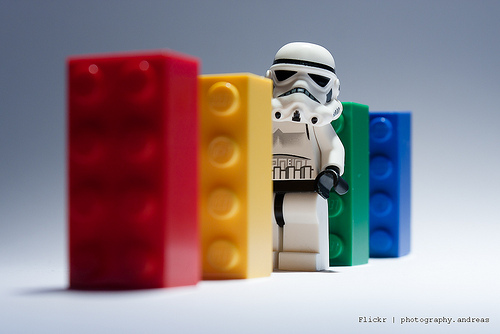 Note: This is a more personal post than I typically write. Maybe it helps explain the reasoning behind what I do.

Every once in a while someone asks me to change the way I write.

“I really like your site, but if you could just change xyz then I think you’d really be more appealing.”

These comments are usually meant in good faith, but the message is still the same.

“If you weren’t so extreme, then you could bring in more people. You could expand your audience even larger. You could help more people!”

We’re in an interesting place. The site has about 10,000 subscribers and ~100,000 visitors/month these days. Considering when I started this thing 3 years ago, I was living in my parents basement & just wanted to run an indoor triathlon, I’m still in awe of what this has turned into.

Complete world takeover is on the horizon 🙂

But we’ll come back to that in a second…

If you’ve ever watched a domino world record – they’re pretty intense. You can get an idea of the scope of some of these events by watching this video

But you can also learn something about maximizing your impact from dominos. See dominos don’t try to knock over everything at once. In fact, if they do, they usually fall flat and don’t. They can max out at knocking over 2 or 3 other dominos. That’s about all one domino can really handle.

But that’s not why people find domino world records impressive. Nobody watches a domino setup to watch 1 domino knock over 1, 2 or even 3 other dominos. Honestly, that would suck, take only a fraction of a second and be boring as all get out.

I’m always trying to grow, expand and reach more people with the site and various projects we’re working on – but the end goal is not about how many people I reach on my own. There’s some out there that simply won’t get me, my style or my approach on life.

Because it’s not really about me. I’m just a domino. I’m doing the one thing I’m supposed to do.

I write about pushing your limits and doing the impossible. I’m not going to temper that to make you feel good about cheating yourself, or tell you that we should all sit in a circle and sing kum-bah-yah. If you have a problem with that – please do both of us a favor and unsubscribe. There’s people on the internet that do that – but that’s not me.

See, I’m not really interested in just having “readers.” They’re great, but what I enjoy even more are “doers.” People who take the things they read and implement them in their lives – try them out on their own, experiment & share it with their circle of people in their own way.

Besides: who knows what the people around you need better than you?

So when people say: “I really like your site, but if you could just change xyz then I think you’d really be more appealing.”

My response is: “that sounds great, why don’t you do it?”

Because I’m just a domino – I’m just doing what I’m supposed to do.

So sorry, but I’m not sorry. That’s not my role.

I’m going to talk about pushing your limits, doing stuff that’s hard and doing what’s never been done before. The impossible.

If you don’t like that – there’s lots of other places on the internet to hang out :).

You have your own message. Your own job. Your own domino to knock over.

The ones you do might have a different job and fall in a different way, but you can’t control what they do. All you can control is you.

Then stand back & watch the domino effect happen.

(If you enjoyed this post, be a domino & share this with someone in your circle of influence).

p.s. If you’re still interested in why I take such a strong stance, this is why I write.