You are here: Home / Adventures / We’re Building A School In Guatemala ≠ Impossible

We freaking did it.

I remember shooting this video in LA back in July and wondering “What the heck amI getting myself into?” Apparently the answer was: An Awesome Adventure.

An interesting thing happened as our campaign developed.

Most campaigns are dominated by the 80/20 rule. They’ll have big, generous, flagship donors who contribute anywhere from 25% – 50% or even 75% of the goal. We didn’t have that.

That’s probably something I can work on doing as I learn more and get better at fundraising, but personally I think it’s pretty freaking awesome that we raised over $25,000 with mostly small donations.

Now small is relative, of course, we had some very generous donors, but I think the biggest overal donations were a touch over $1,000. The majority were made up of $100, $50, and $25 donations. That means a ton of people got involved and took action.

Clarity is huge. Stating exactly what you want to achieve by an exact date is really important. It can be tempting to be vague when talking about doing something impossible because vagueness gives you safety. When you’re vague, you give yourself some cushion in the future in case you fail – you have a built in alibi.

Specificity makes it a hard landing. Interestingly enough, the bolder you are, the more precise your goals are, the easier it is to achieve them. Be clear. Be precise.

Goals without deadlines are nothing but dreams.

Always have a deadline. They have a way of creating an urgency and focused around.

Have a deadline. Make it shorter than you think you need. You might be surprised at how fast you can actually accomplish it (for more on this, see Parkinson’s Law).

The Origin of Service

Service (like most things) is more about mindset than capability.

It’s less about the amount of money than it is the idea of generosity. For some people, donating $5 takes way more than it does for other people to give $1,000. It’s not about the quantity as much as it is about the attitude of the person giving.

Anybody can donate $5. Few people will actually do it.

Interestingly enough, this is exactly what happens when you want to do something impossible.

If you always say “I’ll start being generous when I have X amount of dollars”, chances are you’ll never learn how to be generous in the first place – even if you have a million, billion, trillion dollars (or whatever the number is for you).

Similarly, if you always say “I’ll start doing something impossible when [insert your reason here] (ex. I know more / I’m less scared / I’m more prepared), chances are you’ll never learn how to do things that require you being ignorant, scared and unprepared and you’ll never do much of anything.

You’re probably not ready to do the things you need to be doing. Do them anyways.

Special Thanks to the following people for stepping up big throughout the campaign.

All of them stepped up to raise more than $1500 towards the campaign.

Also, thank you to everyone else who donated or rallied their own friends & family to raise money for this.

For those of you who donated throughout the campaign, I’ve fulfilled my promise. I ran the race with a camera and shot videos throughout it giving shoutouts along the way. It’s a little on the long side (it was a long run), but if you make it through past mile 20, I start to get a little loopy and the shout outs get a little more convoluted/entertaining :). You can click through to youtube you can skip directly to different parts. There’s a special thank you to EVERYONE (over 300 of you) who contributed in some way at the end of the video as well. 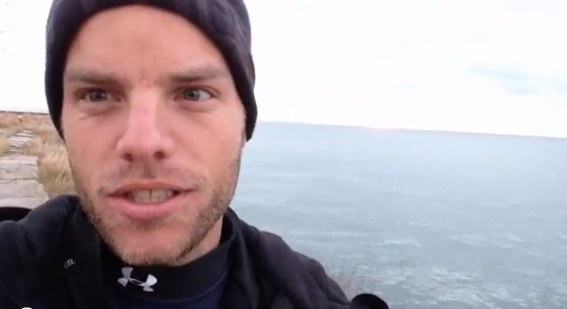 (click on my face to watch the video in email)

I learned a ton from this project and it’s not done yet. We’re still finalizing all the details, but we’ll be heading to Guatemala later this year to check out the school and add some final touches.

To everyone who’s been involved with the campaign in any way: thank you. You made this happen.

This is just the beginning.

Thanks for being a part of it.

(If you’d still like to give, you can do so here – these guys will appreciate it). 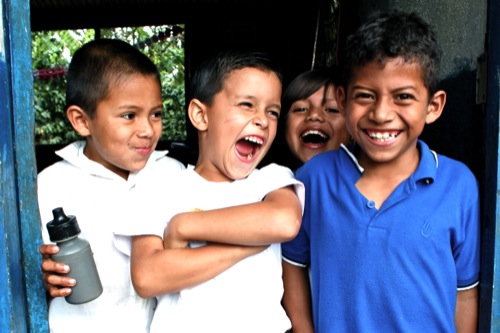