You are here: Home / Fitness / How To Run A Faster Final 5k Using The Hit List Method

I just ran the Swiss Alpine marathon. It was one of the most beautiful races I’ve ever done. Hands down.

It also took me way longer than any other marathon I’ve ever done – almost two hours longer. I’ll have a full race report this thursday, but it was intense brutal – just take a look at my face here. 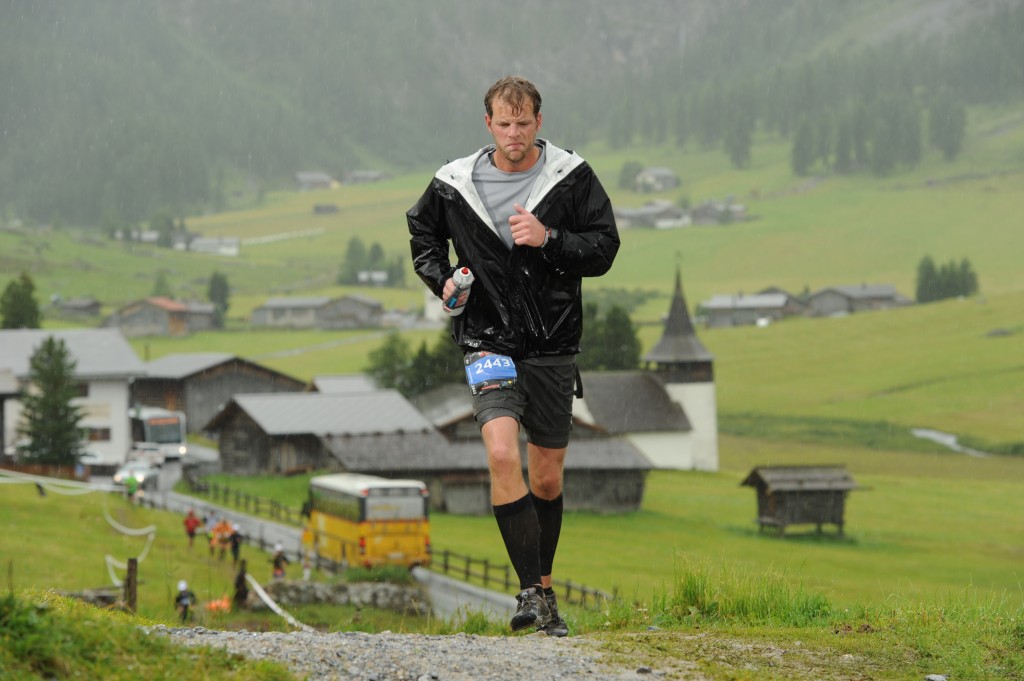 About 21km of the race took place in high alpine territory and we climbed two major summits (Keschhuttes at 2632m & and Sertigpass at 2739m (8635ft and 8986ft respectively). The climbs were much harder than any trails I’ve run in San Diego and the runs down were much more technical than I’d anticipated them being so around mile 20, my legs felt more like they had been through an ultra than just mile 20 of a marathon.

So once we got off the mountain face, we had about 10k left to finish up the race. At that point, I noticed my legs were feeling a bit rough and from 10k to 5k, I kept getting passed. My legs were a bit shot. I told myself there were a million good reasons for being tired:

But I kept getting passed. And then I got pissed.

On the spot, I decided to make up a game to change all that. I called it the Hit List and it started working immediately.

The Hit List is designed for the last 5k of races, especially during longer distance or adventure races, where most people are sapped and have a good excuse for walking or taking it slow at the end. Instead of letting that happen to you, you use the Hit List to finish faster and leave it all out on the table.

Here’s how it works. It uses a simple points system.

At 5k, I decided to just see what my legs could do and haul it in as fast as I could. As a result, my final score was 14. I passed 18 people and was passed twice.

The two people who passed me were blazing and I assume they were playing a version of the same game because, as much as I tried, and chased them till the end, I couldn’t quite catch them. (Even the cute butt strategy didn’t work!)

I made this game up on the spot, but I was actually pretty amazed at how well it worked.

At the end of longer distance races, everyone is shattered. It’s easy to see other people going slower and let their body language color how you feel.

But the Hit List made me focus on running my own race rather than getting distracted by what anyone else was doing. Instead of seeing people walking a section of road or ugly hill, and convincing myself I should save energy, I thought to myself, “there are three people walking. That’s three points. Targets acquired. Let’s go.” and I got a new burst of energy.

The great part about this is that, with only 5k left, you can run pretty hard and you’re going to finish the race. There’s virtually no chance of you not finishing, and you’re not going to be able to run the same race again for at least another year, so why not put it all out on the table and be spent?

For the next long race you have – give it a shot and see if it helps keep you pushing that last 5k.