I’ve been meaning to get a real bike. It was one of my goals at the beginning of the month and while I got “a bike” from my brother, I found out that it wasn’t an ideal bike for a triathlon. So, for the last few weeks I’ve been trying to get my hands on a legit bike that rides well and this past Saturday I ended up getting a pretty good one for $150. Here’s how I did it:

I’ve used craigslist before, but it wasn’t until I read “How to Rent a Bike in Any City for Free” that I found out how many people are actually selling bikes on craigslist. If you near any sort of well-sized city there are hundreds of bikes listed every day. Because of the sheer number of bikes posted combined with the fact that I didn’t want to get taken, for the first week or so I just laid low. I watched what was getting posted, noted the price ranges, and made a few not-so-serious offers, but most of the time was spent cross-referencing bike prices across different sites and researching 80s-90s era bicycles that kept coming up.

Last week I found an posting for a Fuji Sagre that was “rideable” and only $25. Two Five. I was intrigued. There wasn’t a picture posted, but it was only $25 so I made the call, found out the address and drove to the east side of town to check it out.

I figured there were two possible scenarios:

I was really hoping for the first scenario, but as soon as I saw the bike and test rode it I knew we were going to have to do option number two and fix it up. I knew that I could technically ride it, but I could see that the tires were shot, part of the seat had been torn off and the handlebar tape was pretty far gone. But for $25 bucks I thought it was worth a try… 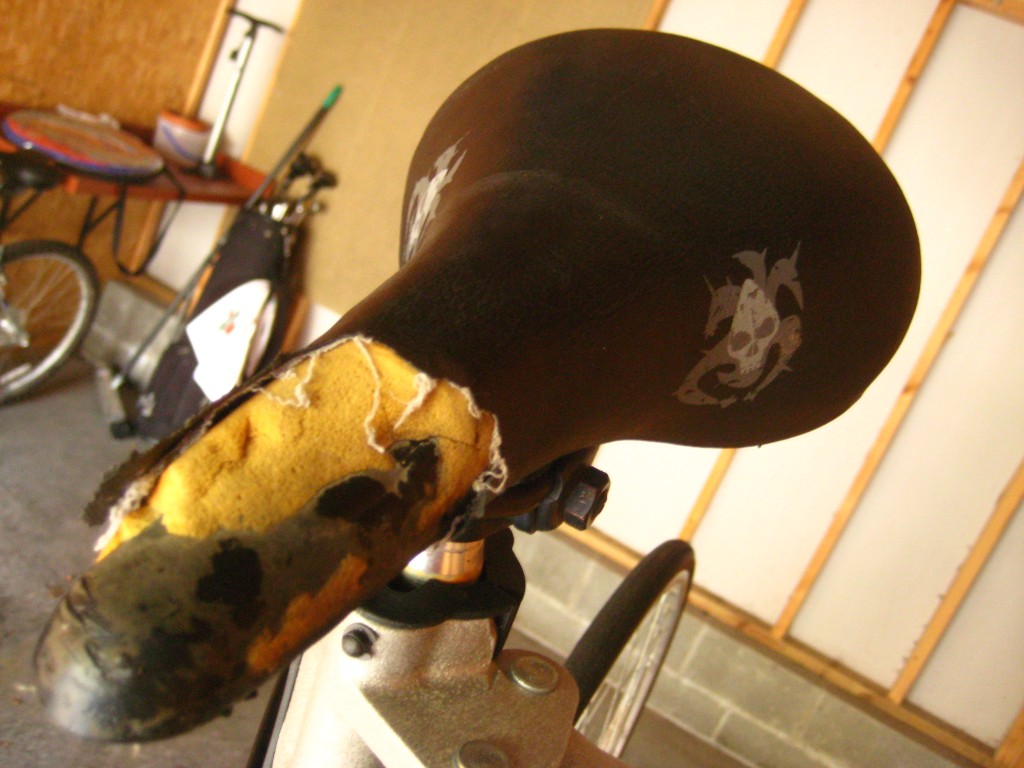 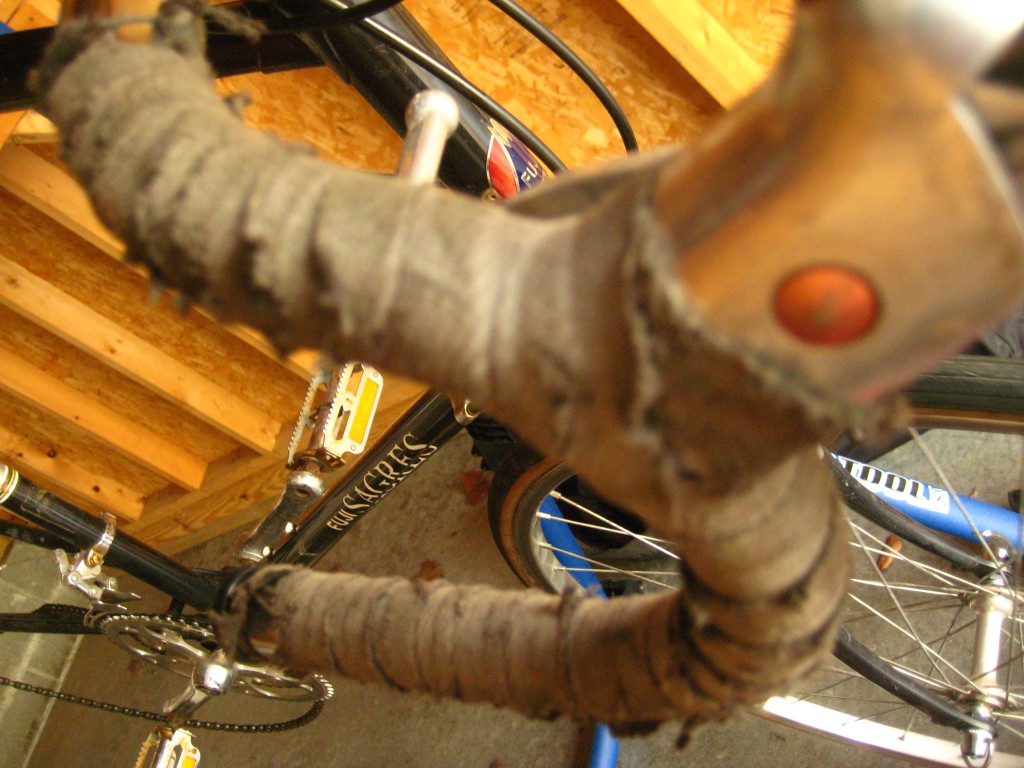 So option 2 it was…fix it up. But there was a very important face I had overlooked:

I know nothing about bikes.

I mean, I know they have tires, chains and a frame, but how they actually fit together and function properly is a mystery to me. However, I do know lots of smart people. Seriously, if you don’t know anything about a subject ask around. Someone does. People are notoriously awesome like that.

For example, If you’re looking to fix up your bike and are clueless like me, chances are:

After asking around, I found out that my sister knows a guy who’s friends with a guy named Mike who used to work for a bike shop for 4 years. He volunteered to “take a look” at my bike for me and I was pumped.

Mike came over on Saturday. As it turns out, we have entirely different definitions of what it means to “take a look” at something. I thought he would literally “just look at it”, and tell me if it was worth fixing up or not, but Mike had a different idea. He took the whole thing apart down to the ball bearings [cleaning them individually] and put the bike back together piece by piece and pretty much giving my bike a complete overhaul right there in the garage. I just stood there gawking and awkwardly taking pictures while trying to absorb all the bike information he was talking about as we both he worked on the bike.

As he was tuning up the bike, Mike let me know that the gears, shifters and pretty much everything else mechanically worked fine and that while I didn’t actually have to replace too many of the actual components [i.e. the expensive parts of the bike], we were going to need some new parts. We went to the local bike shop where I usually end up just staring awkwardly at all the bikes around me, but Mike just walked around the store and got pretty much everything we needed in 15 minutes.

After about 4 hours with the bike, it came out a little something like this: 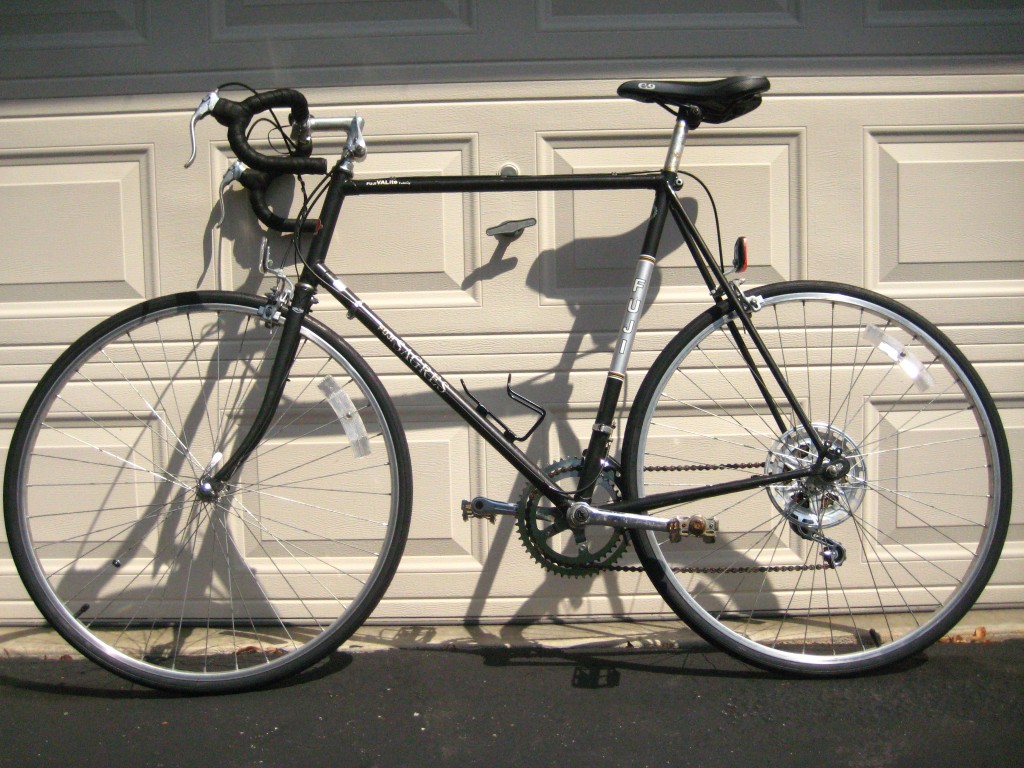 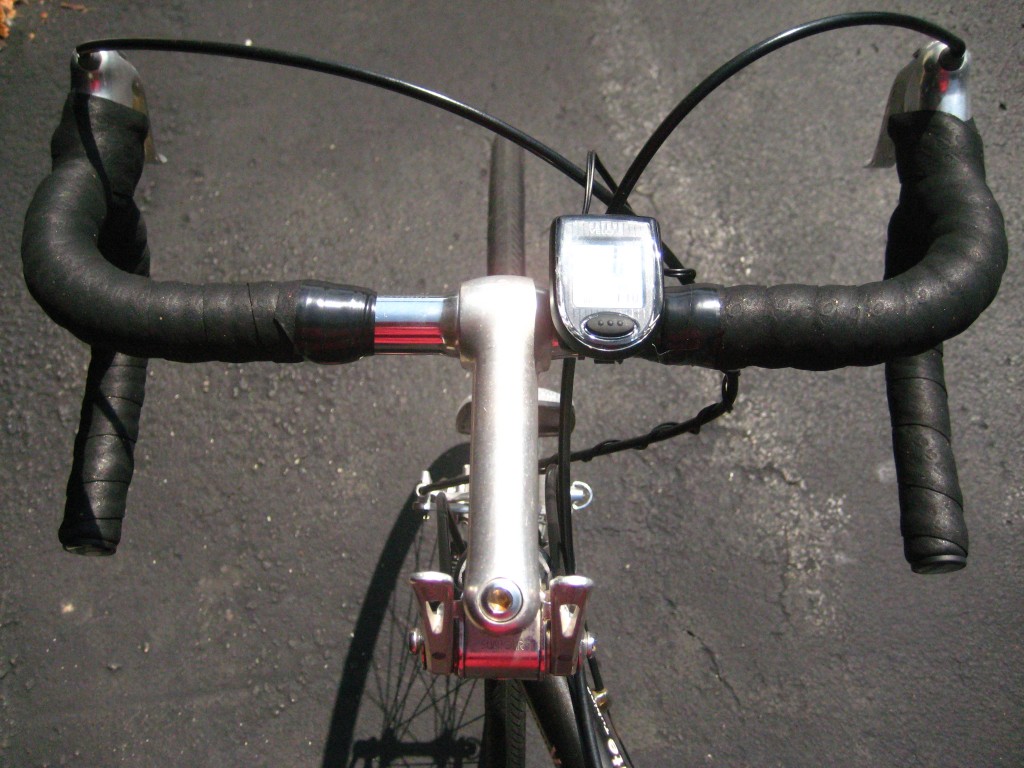 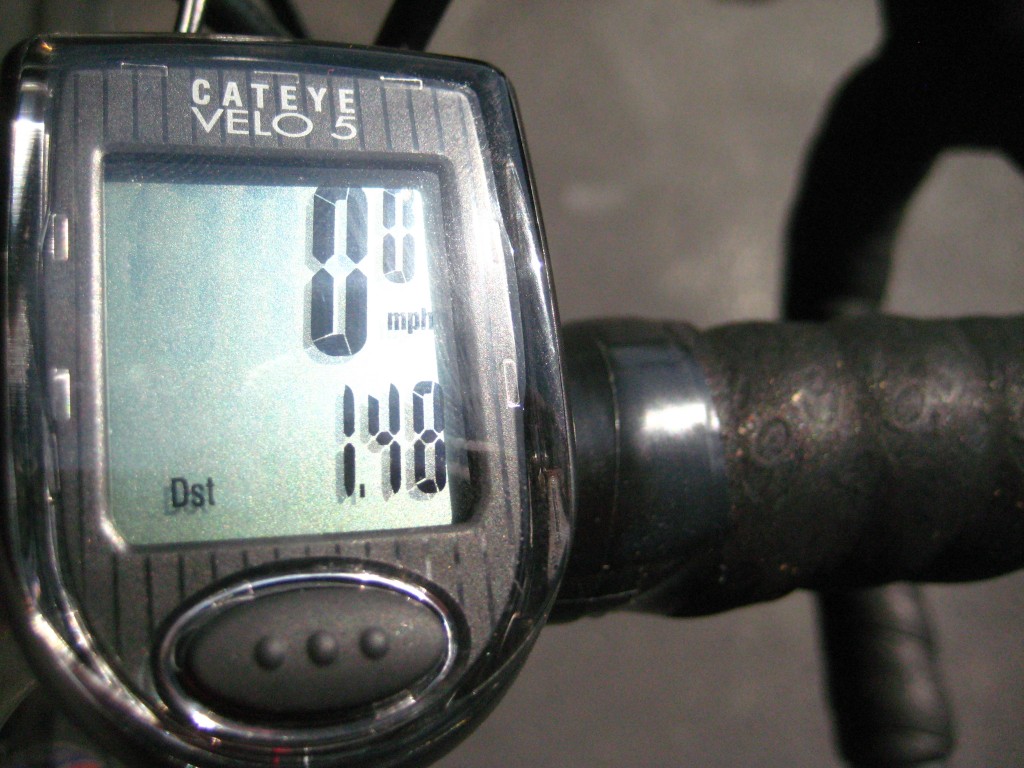 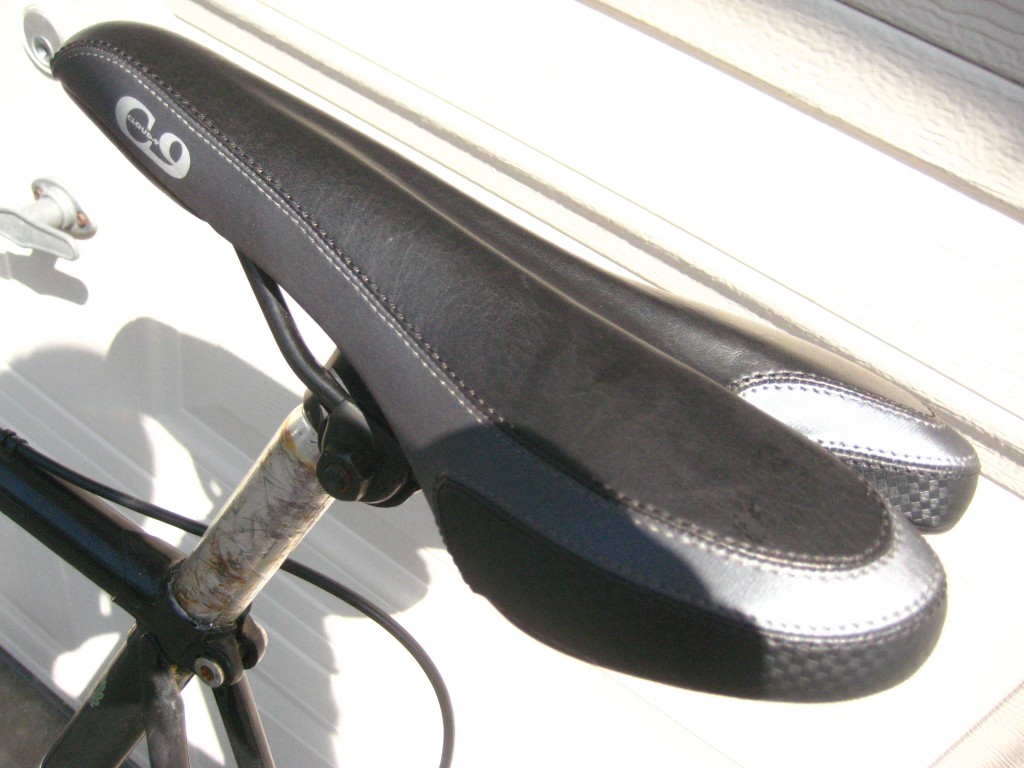 The bike cleaned up REALLY well. I was absolutely blown away by how much the tires and handlebar tape added to the appearance. The actual gearshifts work fine from my testing, and most of the actual issues were cosmetic issues and easily replaceable. Down the road I’ll probably replace the brake calipers which may run me another hundred dollars or so, but they’re in pretty good shape so they should last me for a bit. This isn’t my end goal, but it’s another step in the right directiona  and for a total investment of $150, an afternoon in the garage and a new friend, I’m pretty darn happy with it.