You are here: Home / Fitness / How To Sign Up For Your First Triathlon 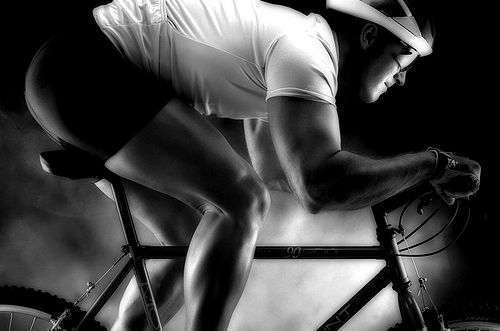 I want you to sign up for a triathlon today.

It’s spring time, the sun is starting to come out and you can finally emerge from the cave you’ve been hibernating in for the last 6 months. It’s time to dust off that that bike, grab those goggles and dig out that running gear. Let’s sign you up for a triathlon. It’s quick, painless, and takes less than 10 minutes. Let’s go!

Commit. The first major step that most people forget. Commit to dominating a triathlon. Once you’ve decided internally that you’re going to do a race, you’re already 51% of the way there.

Do it now. Get up, go to the bathroom, look yourself in the mirror and tell yourself “I’m going to run a triathlon.” Seriously. Get up, go do that, and then come back here when you’re done. I’m not going anywhere.

Back? Good. Now quick, before you change your mind, go to www.trifind.com. 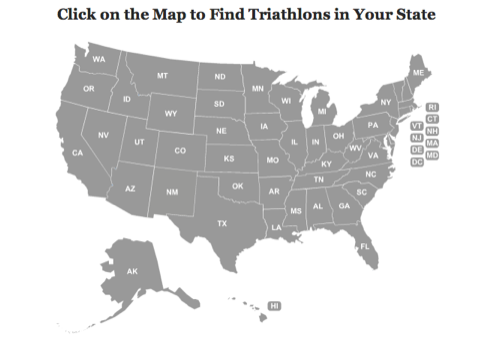 Click on a state within driving distance on the big map of the United States to find races nearby (if you’re not in the US, www.trimapper.com has a listing too, although I haven’t used it myself).

Find a short distance race to sign up for (either a Sprint or Super Sprint triathlon). While the actual race distances vary with each location, a typical sprint race is 750m swim, 20k bike, and a 5k run. In American that’s a .5 mile swim, 12.4 mile bike, 3.1 mile run. A super-sprint is just a little shorter than this. You can read more about triathlon distance here.

Sign up and pay the registration fee immediately. According to a completely unscientific poll conducted by me, you’re 87% less likely to back out of something when your hard earned cash in on the line. Bottom line: when you realize that you’re going to pay for a race, whether you chicken out or not, you tend to at least show up and get the t-shirt you’re promised.

Bonus Tip: Pick a flat course if you can. Hills suck. Don’t try to be a hero. Your goal here is to survive your first race, not train for the Tour De France.

All signed up? You’ve probably got a bunch of thoughts running through your head.

Could you drown? Yes (but not likely)

Could your bike tires blow out? Yes (but less likely)

Will you probably not be able to walk, much less run once you get off your bike? Yes (actually, this is very likely)

If you’re worried you’re not going to be ready for your race, let me reassure you: You won’t be.

I put off running my first triathlon for so many reasons, but mostly because I didn’t think I was “ready.” And…spoiler alert..I never was ready. You’re never actually ready until you get your spandex covered butt in the water and start swimming.

A ton of things could go wrong (and some things definitely will go wrong), but when you cross that finish line, all that stuff suddenly matters a lot less and is replaced by the fact that more than anything, you finished.

I know not everyone reading has the desire to do a triathlon and that’s totally cool. But, I also know some of you are holding back because you don’t think you could do it. Here’s my .02: If you really have no desire to do a triathlon, it’s your life and that’s fine, but if you choose not to race in one, choose not to race because you really don’t want to, not because you’re scared you might fail.

Want to sign up for your first triathlon but don’t know what to do next? Impossible TRI is a 3 month training program designed to get you across that finish line.