You are here: Home / Adventures / How To Walk Across America 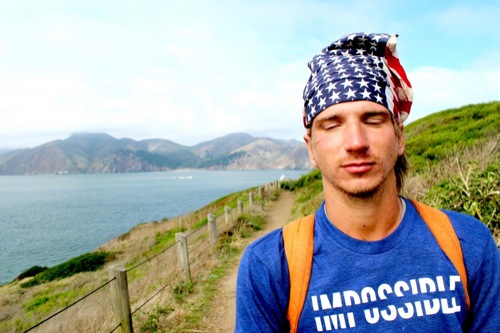 How To Walk Across America

In between we took a short little road trip to Portland, but for the rest of the time he just walked.

From February 26th to October 15th.

Nate likes to point out that he’s not the first one to walk across America. I like to tell Nate to shutup. Walking across America might not be that ‘hard” in the traditional sense of the word – after all anyone can walk. And that’s all you have to do. Walk. 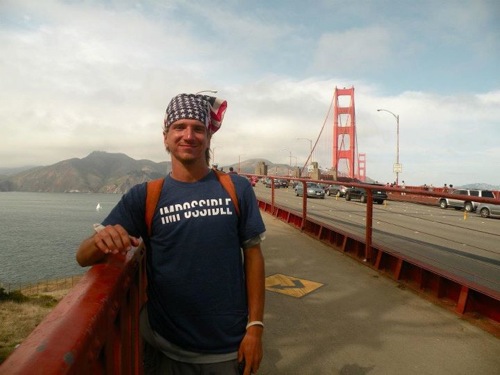 Day after day after day. That’s it. But a lot of people still haven’t done it and most people won’t. Simply because they don’t have the persistence required to do something 231 days in a row.

Most things in aren’t actually impossible. People just think they are because they give up too soon.

We like to glamorize the days on the coasts. The memorable ones. The ones that seem to be important, but it’s the time in the desert. The spots between

Congratulations to Nate. It’s a big deal and a great story. Be proud. 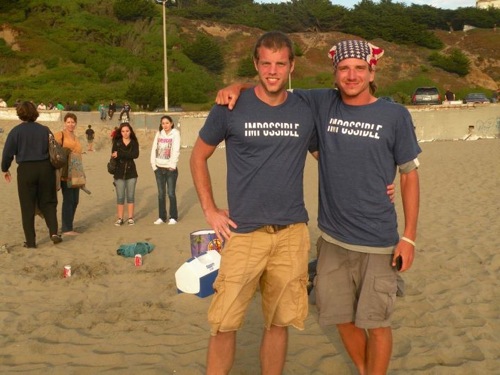 Impossible Announcements: T-shirts have been shipping out from the first order. Most of them should be arriving today & tomorrow. There have been a few delays with the women’s shirts due to some some sourcing problems on American Apparel’s end, but I have it on good authority that those few stragglers will be shipped out this week. GET EXCITED.

Also, the last t-shirt commercial was so much fun we decided to do another. Enjoy and go pick yourself up an impossible shirt if you haven’t already.

[click to watch video if you’re reading this in email]