You are here: Home / Hacks / If You “Could”, You Already Would

A few months back, Mark Lawrence introduced me to his friend (we’ll call him Josh) who has an incredibly interesting job.

Josh is a distributor. He buys things in bulk for cheap. Then he turns around and sells them to people who want it. He deals in tiny markets with huge volumes. It’s incredibly obscure and wildly profitable.

Josh is a cool guy, but there’s a story Mark tells me about Josh that never ceases to impress me.

Josh didn’t think so. He went and bought the baby bottle nipples, even though the normal obvious channels like Amazon and Ebay weren’t biting, Josh didn’t’ care. He started calling distributors all over the U.S. to see if anyone would buy them. He finally got a distributor in New York to agree to buy a sample of them to test the market. There was only one problem, Josh still had to get the baby bottle nipples all the way to New York from Chicago.

He got a truck, threw the baby bottle nipples in the back and drove out to New York. Finally able to get rid of some of them and make some money in the process. Happy ending, right? Not so much.

A few weeks later, Josh calls up the distributor in New York to see if he’d like the rest of his inventory. Uh oh. The baby bottle nipples aren’t selling. Turns out, the distributor found out the same thing Josh did. It’s impossible to sell them to people when they’re not packaged. Even though they’re sterile, no one wants to buy bottle nipples for their child that aren’t completely and undeniably sterile, evidenced by individual packaging. Sorry Josh, not buying. Guess you’re stuck with a truckload of baby bottle nipples. Bummer.

Most people would give up here. Call it in, trash the rest of the inventory and try something new.

Josh didn’t care. People wanted packaging? He’d find a way to give it to them. So he started hustling and found someone to manufacture packaging and sterilize the bottle nipples and then found another distributor to sell them. And, in doing so, he made a ridiculous sum of money.

When people find out what Josh does, it literally sounds too good to be true. They filter out all the hustle, the hard work and the dead ends that the dead ends, and the hard work that most people and they hear “real profits, real fast!” How did you get into that? If I just knew your secret, I could totally do that!

Josh gets this question a lot and I love his answer:

If you “could” do it, you already would be doing it.

Ouch. Kick me in the face.

It hurts because it’s true. Nobody laid out a plan for Josh. He just did it. It’s true, anybody can do it, but at the same time, not just anybody can do it. He saw an a bunch of bottle nipples where a lot of people just saw trash. Where everyone else saw a waste of time, Josh saw a business and an opportunity.

To hell with circumstances, I create opportunities – Bruce Lee 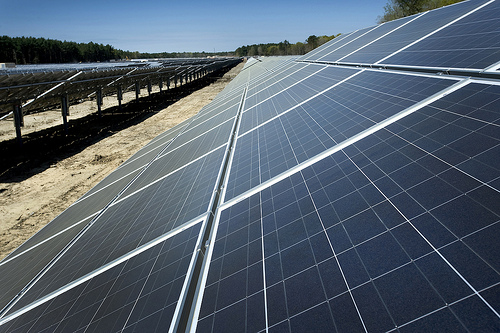 Connor Field is an undergrad student in Michigan. He decided he was going to build a solar energy farm. So he did. The largest one in the state of Michigan. Welded by hand. Himself.

He didn’t ask for permission, didn’t stall with questions, he just did it.

Connor didn’t even know how to weld when he started, but somehow he managed to stick 50,000 pounds of steel together over a summer. Just because he decided he was going to do it.

If you really want to do something, the truth is you probably don’t need anything more than you already have. In fact, the only thing you probably need more of? More doing.

Alternatively titled “Baby bottle nipples, solar energy farms and why you don’t need anything other than hustle”