You are here: Home / 777 / The Narrabeen All Nighter – Running 12 Hours Through The New Year

Rucking around Sydney, repping #impossible, and doing the tourist thing. Got up close to the Opera House, but there were way too many crowds for my liking. This was a much safer distance. . . . . http://impossiblegear.com . #australia #sydney #SYD #operahouse #rucking #bulletruck #goruck #instatravel #travel #touriststuff

I looked at the menu at the hotel restaurant trying to figure out what to eat for dinner.

I arrived in Narrabeen, Australia about 48 hours earlier, and after a few bad “I’ve narra been” to this place before” jokes, everything was going good.

Except for this decision….

I thought about the race again.

Up until the day prior, I thought it was a 5k loop. Just run it as many times as you can. Easy enough.

What I found out the next morning was that it was a 5k distance, but it was an out and back.

Still simple enough, but way more repetitive. Instead of seeing the same tree 15 times, I was going to see it 30.

That changed things….oh well.. not much I could do either way!

Back to the menu…

I’m used to 4:30am wake up calls, eating a few eggs, and slurping a shake before heading out to 6am start times.

But…what do you do for evening races? I didn’t quite know and didn’t have access to eggs or a protein shake, so I ordered a burger, ate half of it and hoped it wouldn’t be coming up later 🙂

Then, we headed to the race start, about a half mile from the hotel.

It was a small group – 30ish all-night runners and a half-dozen people signed up for the “last marathon of 2016”.

The trail started at the row club, ran through a 50m trail with people camped on either side and then disappeared into woods as you crossed the bridge.

The start line was a bunch of people squeezing their way to the line around a bunch of picnic tables and then shuffling through camp before breaking out into strides as they hit the woods.

My plan was to keep 9:30/10 minute miles through the marathon pace / 50k and then see where the race took me from there.

My plan was on track right up until the marathon mark, but right close to 40k, I had the worst kind of deja vu.

Running up-hill, my footing slipped and my left ankle rolled…

…The same ankle that I tore up pretty bad 2 years ago by doing the same thing in Patagonia.

I stepped on it gingerly, hoping it wasn’t bad. Being extra cautious, I walked for a half-mile to see how it would go and how it held my weight.

After checking it out, I breathed a sigh of relief.

Luckily, it wasn’t anything bad. After the short walk, I picked my pace back up and kept at it. Still cautious but no injury. whew

At 12am, 6 hours into the race, I pulled into the main camp and hung out for a couple minutes. I stretched and waited until the clock turned to 12. I toasted champagne for the new year and then went right back out.

No crazy celebrations. No crowds. No fireworks.

Just a bunch of crazy Aussies out on their limit and an American who thought it was a good idea to join ‘em.

The next 4 hours were a bit of a slog, and I don’t remember anything memorable from them.

Part of that was it being hours 6-10 of a 12 hour race. Part of it was that it was night, pitch black, and with only 35 runners in the race, you could run for a whole mile without running into someone or seeing much of anything. I started to get familiar with people’s faces and bibs, as they were about the only thing to pay attention to keep my mind focused and alert through the night.

I did run into a snake at one point (“I hate snakes, why did it have to be snakes?!”) and had a stare down with a possum that ended in a truce and a promise to return to duel at a later date. Overhead, the birds screeched out and continued to laugh at the strange humans running back & forth over the same piece of earth relentlessly.

At 2am, the birds went to sleep and the only sounds were my own footsteps and the breathing of people you passed or who passed you on the trail. It got darker and darker until your headlamp was the only source of light anywhere.

At about 4:30am, pitch black turned to normal darkness, and at 5, it started to lighten up.

I made it another lap and a half after that and rolled back into the main camp around 5:36am. At this point, my run was a mix of mostly power-hiking, walking and a shuffle that didn’t much resemble proper running form at all.

My hips were locking up, and I could feel the blisters that had built up on my feet popping. The fruits of an ultra 🙂

As I rolled into the camp, I was welcomed with a cheer by a grand total of 8 or so people that were happier than they should have been for the amount of sleep they probably got.

While the race was 12 hours, they were pulling people off the course if you couldn’t make it to the next timing mat before the 12 hour mark, so I was done for the day.

Overall, my legs actually felt pretty good. It was my hips that had locked up and caused me most of my problems. Historically, that hasn’t always been an issue for me, so I’m planning on working on that quite a bit.

I ended up covering 68.5km by the end of the night. Nothing terribly impressive, but I was happy to be back out on the trail.

While I didn’t get “hurt” on this race, I did slow down after I rolled my ankle. This was more out of concern for repeating a terrible mistake and being focused more on finishing than getting a killer distance.

I have a lot of races coming up, and I didn’t want to put any of them in jeopardy because I pushed too hard.

The hard part of this has been balancing the challenge of the individual races along with the overall challenge of the entire project. With Antarctica coming up and not being much of a flexible trip (it’s an organized trip, and travel in Antarctica is entirely dependent on weather), I didn’t have a margin of error to mess around, so while I think I probably could have gone a bit farther if this race was being run in isolation, given the circumstances and events coming up – I’m glad I did what I did.

All that said, it’s good to be able to say: 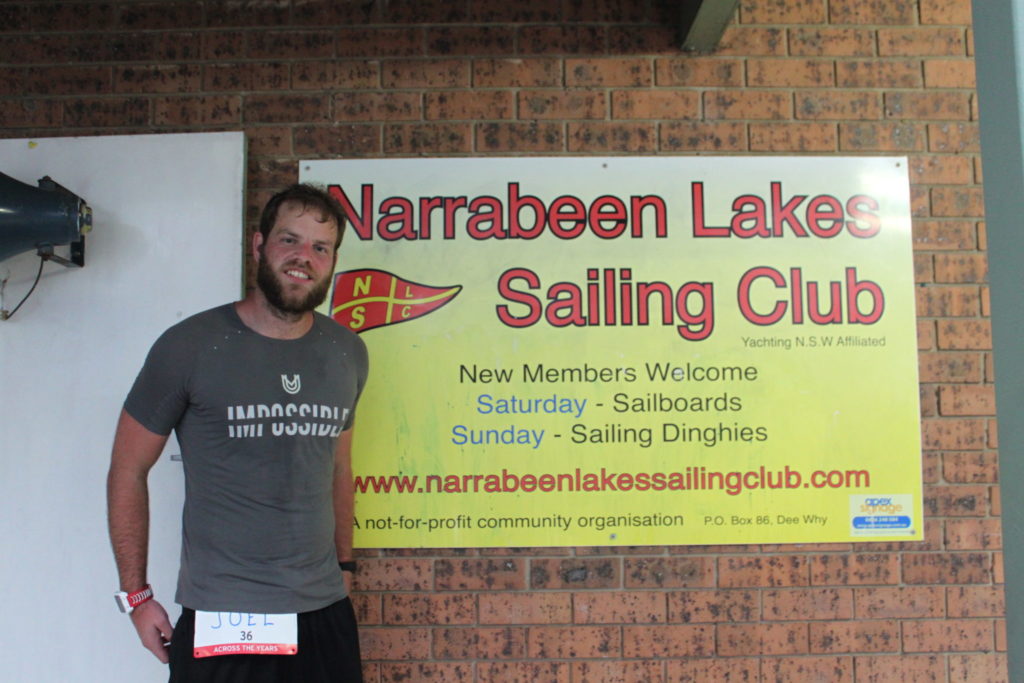 me at the very glamorous finish line

As of today, the current progress of the  #777project  looks like this:

Antarctica is up next.

If you’d like to contribute to 777, you can do that right here.

p.p.s. If you’d like to do your own challenge in support of 777 and raise funds, we’ve had readers raise over $2,500 by doing just that. Shoot me an email and we’ll chat.