It’s been a while since I’ve done a run down of what’s going on here at IMPOSSIBLE so I thought I’d take the chance today to go over all the new things happening here.

Over the summer, I’ve done quite a bit of traveling including: Barcelona, Rome, Greece, Switzerland, Croatia, Iceland, Portland, San Diego, NYC, Park City, Tahoe, and a lot more and in the meantime, we’ve rolled out a TON of updates to IMPOSSIBLE, the company & the apps we’ve built, but I’ve done a poor job of talking about all of them.

So today is going to be a big long post about all the things (or most of them at least) going on with IMPOSSIBLE.

Ready? Cool. Me too. 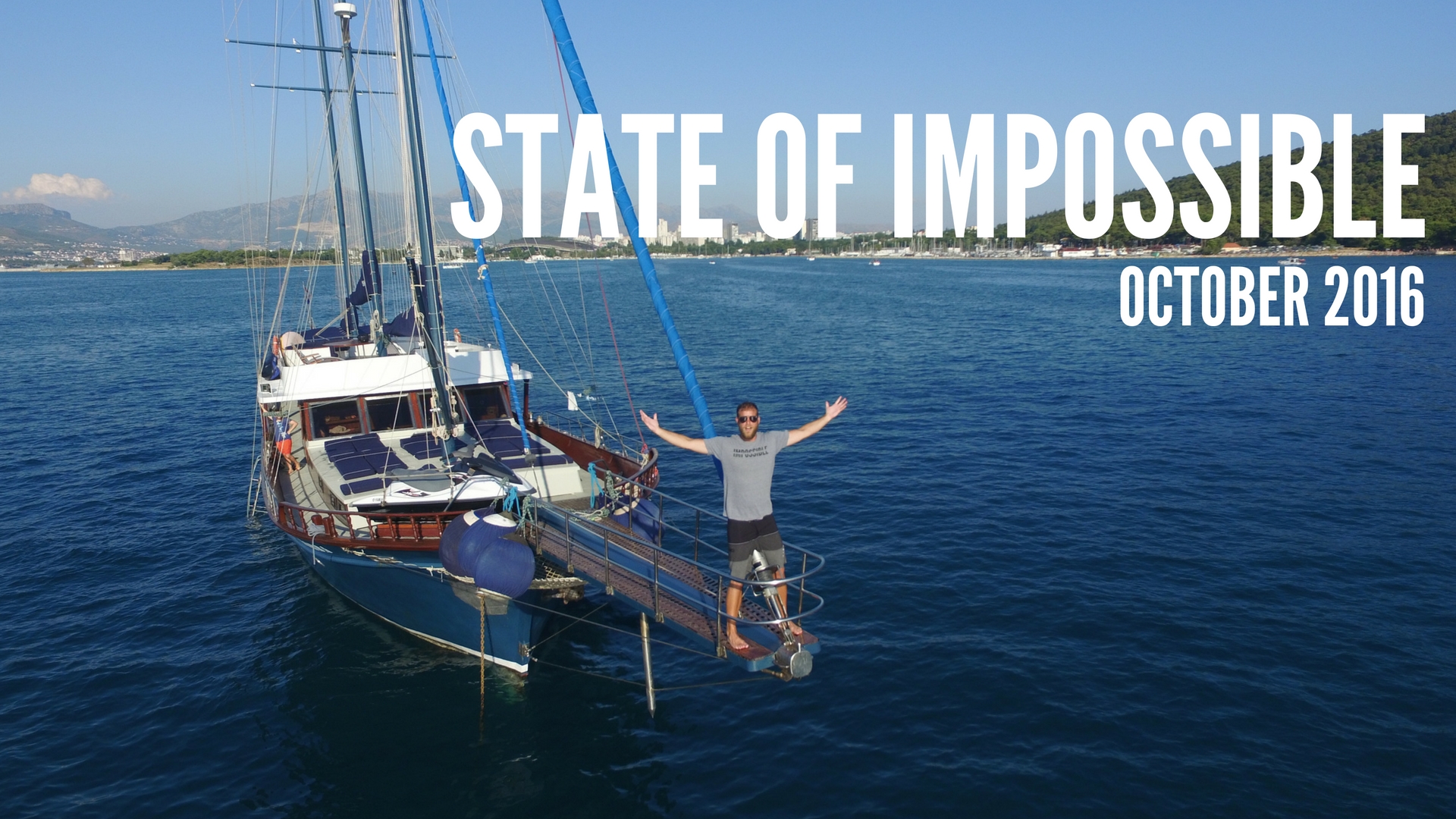 In the next few weeks, you’ll notice a small facelift here on IMPOSSIBLE. Just a few tweaks and changes to improve the site, speed it up and make sure things are running along at a nice clip while making the content easier to find and easier than ever to stay updated with what’s going on here. I was hoping to have it done already, but it’s coming at a slower pace than I’d like (but it’s still coming!).

Throughout the entire app business, we’ve re-jigged the backend databases and pushed out small updates here & there, but 2 apps specifically have seen huge updates.

After a couple of years of being iOS only, we relaunched the Cold Shower Therapy app on both Android & iPhone platforms. If you haven’t take a look yet, you really should. Our leaderboard is seriously impressive with people posting year+ long streaks of cold showers. Earlier this year, I personally posted a streak of 100 straight Cold Showers to jump start the year & I started another one on October 2nd and I’m aiming to close out the year with Cold Showers all the way through January!

You can get the Cold Shower Therapy app here.

While the app is free (I’m literally taking all your excuses away), there are ways to support the app & the development if you find that cold showers are helping you to push your limits. mentally & physically.

We’ve also completely redone the MoveWell app over the past 3 months and there’s a HUGE update to both the app & content in MoveWell here very soon (stay tuned for that!). We just did another shoot and I’m pumped for the next release here.

Paleo Recipe Pro has a bunch new recipes coming soon. Get it for iPhone here.

Speaking of facelifts, you might have seen my announcement on Impossible.org a month ago or so.

Essentially, in order to be more and more transparent with our fundraising activities and what is actually coming out of it, I’ve launched Impossible.org as a central hub of all things Impossible philanthropy related. You can check it out and find out all of our campaigns (the ones with PoP and Kiva are live right now).

It also has it’s own separate twitter handle @ImpossibleORG you can follow for even more updates specifically about fundraising & philanthropy and keep in touch with what is happening on that end.

Note – that this isn’t a separate organization or non-profit, just a separate website designed to highlight the philanthropic activities a little better + specifically talk about the work we’re doing there.

That’s a question I’ve been getting a ton of lately (and for good reason!). I’ll be sharing the behind-the-scenes of what happened with the delay (beyond the injury) the last few months in an upcoming post, but in the interest of not burying the lede too much…

I’m relaunching 777 with the goal to finish the races before my 30th birthday.

To date – we’ve raised almost 40k (and have a lot more committed). I’ll be doing a few matching campaigns through the end of the year, and finishing out the fundraising in 2016, knock 2-3 ultras this year (and the rest of the races in 2017 before the end of April).

Due to scheduling issues & come changes, the races have changed, but the goal is the same. 7 ultras, 7 continents, 7 schools. 1 down, 6 to go.

Assuming my legs hold up & no surprise injuries happen, I’m glad to take another crack at this and be running again.

Over the summer I created a few new shirts I’ve listed on Impossible Gear – namely the Resilient Shirt). I’m going to be making more items available and working to bring you more gear to not just inspire you but actually outfit you & get you to go knock something off your impossible list.

Meetups, Talks & Impossible Near You

If you want the inside look at what these events are like, here’s a taste of each one.

Barcelona with the DC Business Crew

Fun small group meetup this morning to talk #impossible biznass. Thanks everyone for coming out. Excited to kick off #dcbcn this weekend!

I was a mentor and mastermind leader on this trip. This trip was really tough (if you couldn’t tell). 🙂

You can listen to the full audio of the talk below (apologies if the audio is a bit rough).

The turnout was great. If you were there – thank you for coming out.

Great turnout at today's talk! Thanks everyone for showing up. Great way to kick off #wds2016

Secret Projects in the Works

As per the usual, there’s always a few secret projects incubating somewhere in secret Impossible Labs arctic facility. Thanks to our top-level security team (and Polar Bears), most people can’t actually see what’s going on, but here’s a sneak peak inside the lab…

Whew! Did you make it this far. I know it’s a lot and while it sometimes seems like it might be all over the place, I’m going to be explaining in a post next week about how everything fits together (both strategically & business-wise).

In the meantime, I want to say thank you for following along and being a part of this. When I started this blog 6 years ago, I didn’t ever imagine that I would be running ultramarathons, traveling the world or running my own business (much less all 3 at once). It’s crazy to see what you can do if you refuse to put limits on yourself.

Thank you so much for reading and keep doing something impossible.