You are here: Home / Hustle / A Beginners Guide To Parkinson’s Law: How To Do More Stuff By Giving Yourself Less Time

This post is part of a series on productivity laws and actionable ways to incorporate them into your work in order to simultaneously become more efficient and elevate your work to a higher level.

If you’ve spent any sort of time reading about productivity hacks, you’ve probably run across Parkinson’s Law before. You might know the name or concept, but you may not know exactly it is or how you can implement this law to be as effective as possible. This post will show you exactly how to do that.

Whether or not you’re aware of it, you’ve probably experienced Parkinson’s Law many times in real life: 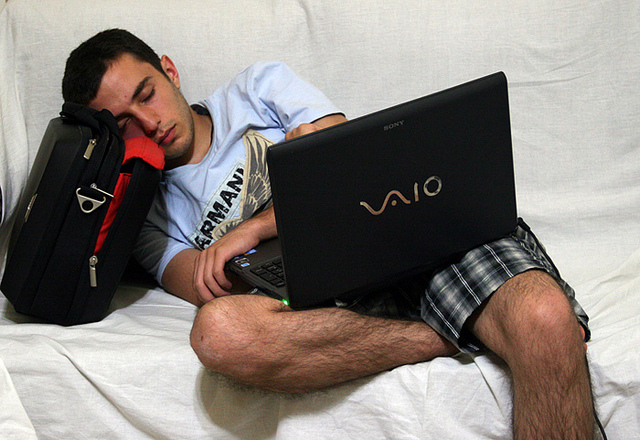 If you’ve experienced any of the above scenarios, you know exactly what I’m talking about. For months on end, you’re paralyzed and incapable of working, and then suddenly you become a machine in the final week before a task has to be done.

Cyril Parkinson, a British historian, first observed the trend during his time with the British Civil Service. He noted that as bureaucracies expanded, they became more inefficient. He then applied this observation to a variety of other circumstances, realizing that as the size of something increased, its efficiency dropped.

He found that even a series of simple tasks increased in complexity to fill up the time allotted to it. As the length of time allocated to a task became shorter, the task became simpler and easier to solve.

This concept goes hand in hand with the belief that you need to work hard rather than efficiently. That mentality is reflected in the fact that managers often reward workers for (butt in seat) hours rather than hours spent actually working or results produced.

However, as negative as this rule sounds so far, you can flip it on its head to use it to your advantage.

How To Use Parkinson’s Law To Your Advantage.

Unfortunately, very few people will actually tell you to work less. Even fewer people will force you to work less. That means that if you’re going to implement Parkinson’s Law, you’re going to have to do it yourself. You’re going to have to apply artificial limitations to your work in order to do it more efficiently. When you do, you’ll find out that you can do a lot more in a lot less time (like starting a blog in 30 minutes or less). Here are a few tips for doing just that: 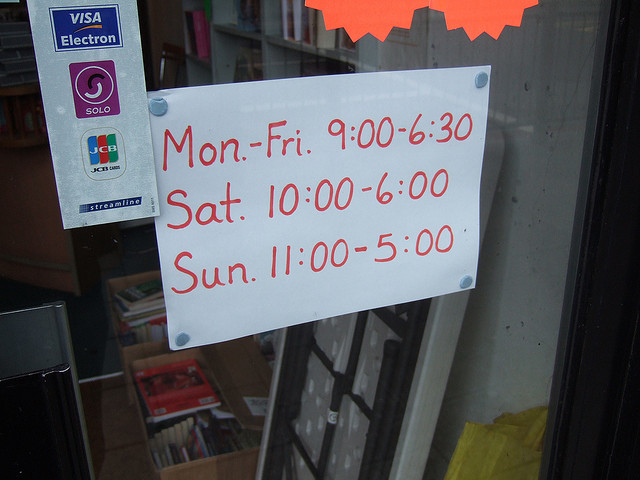 When I first worked at a marketing agency, I used to work late all the time. I’d take work home with me or stay at the office. I was convinced that I needed to show my “dedication”, “earn my stripes”, and simply get more stuff done, and that working more hours was the way to do this.

Interestingly enough, I worked more but got less done. On top of that, I was stressed all the time. WTF?

I was an addict, not to work, but to thinking that I was working. It got so bad that one day I decided enough was enough. I remember specifically saying that I was no longer going to work after 6pm. Full stop.

Like an addict, I had a hard time at first. I was scared, worrying that I was never going to get enough done, and that there wasn’t enough time in the day.

I actually found out that I was more productive than ever and that I had time for a social life outside work again. The counterintuitive thinking actually works. Creating artificial restraints on my work created more freedom.

Refuse to bring work home. This is easily the best advice, and it works 100% of the time when I implement it. Simply refuse. Don’t work from your bed or couch, no matter how comfortable that may be. When you leave the office, coffee shop, or co-working space, simply stop working. There will be enough time to work tomorrow. Let your home be just that – your home.

Use Restrictions To Create Freedom

The overarching lesson from Parkinson’s Law is that restrictions can actually create freedom.

This is completely counter-intuitive thinking but it’s true. Even outside of simple task management, restriction creates freedom. Try these exercises on for size:

Specificity and restrictions create freedom and nourish creativity. Add them to your arsenal of tools as you become an uber productive and efficient creator.

How To Use Parkinson’s Law To Do The Impossible

While it’s not specifically articulated in Parkinson’s official theory, you can also use the inverse of this rule to increase the quality and magnitude of your work.

If you expand the scope of your ideas, and the magnitude of your goals, you can often create a gap between what you’re currently capable of and what you want to do. When you create that gap, you figure out how to grow into that gap. You suddenly figure out how to fill the gap.

A great example of this is when we first partnered with PoP. I thought we might be able to raise 10k. If I aimed for that, we probably would have raised exactly 10k, or maybe a little more. Instead, I decided to stretch, and we aimed for $25,000. We ended up raising a little over $26,000. That’s what I’m talking about when I mention the “edges of impossible”.

I’ve referred to this in the past as “shoot first, aim later” or “jump … and then figure it out on the way down.” Pick a big goal, commit to it, and you’ll probably find that you’re able to figure out a way to achieve it.

If work expands to fill the time allotted to it, make less time available to get more work done quicker.

How can you add artificial parameters to your life and work in order to become more productive and more prolific, and to operate on a bigger scale? Which techniques work for you?

Check out these additional resources for more on Parkinson’s Law:

Other Productivity Blogs at IMPOSSIBLE