You are here: Home / Adventures / The 2014 Plummet at the Summit in Photos

A few years ago, I wanted to jump out of an airplane and go skydiving to cross it off my impossible list – but I was to scared to do it on my own.

So I decided to just say I was going to do it at WDS – the World Domination Summit in Portland and invite anyone who was interested to come along. That way, if I was leading a group of people – there was no way that I could back out.

Dozens of people ended up coming with me and the Plummet at the Summit was born. Since then, Plummet at the Summit has evolved from skydiving to bungee jumping and who knows what else in the future? We’ve taken over 100 people to do something they’re scared of and expand their impossible list.

But it’s more than an adventure, bungee jumping & skydiving are great real-life metaphors for doing something you’re scared of. You can talk about “doing stuff you’re scared of” as much as you’d like – but until you actually stand on that ledge and jump – it means nothing.

Life looks a whole lot different on the ledge.

Over a hundred people have found that out for themselves over the past few years and this year was no different – Plummet at the Summit 2014 was a success.

This past thursday, we took 17 people jumping and everyone was able to jump twice meaning for the 3rd year we’ve jumped off high things, we’ve had a 0% fatality rate. That’s pretty good eh?

I could talk on and on about the actual jump and the experience, but it’s really one of the impossible adventures that you have to experience in person.

That said, the next best thing to being there, are some great photos of the experience. If you weren’t able to come this year – I hope you’ll take these photos as inspiration to do something impossible to put yourself outside your comfort zone and maybe come on an adventure sometime soon.

Here are some of the best photos of people putting theory into practice and doing something that scares them: 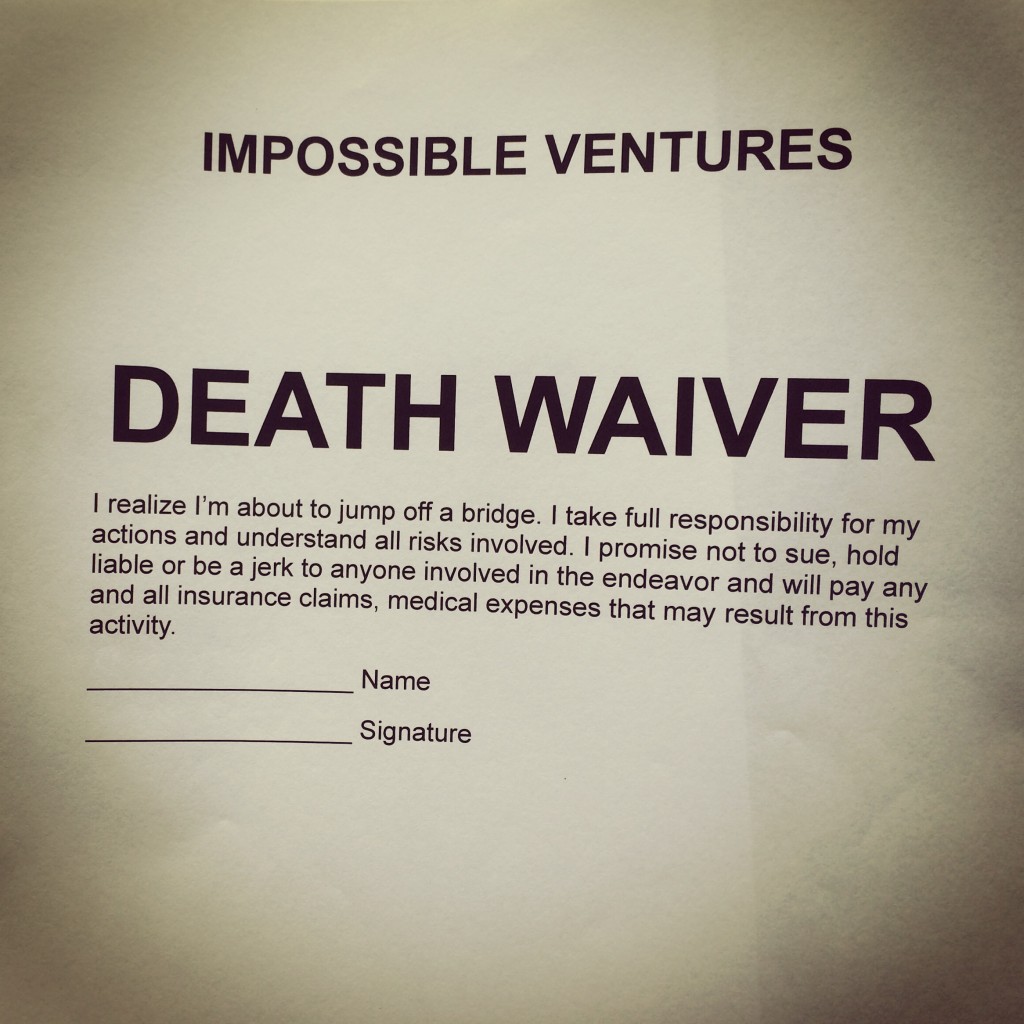 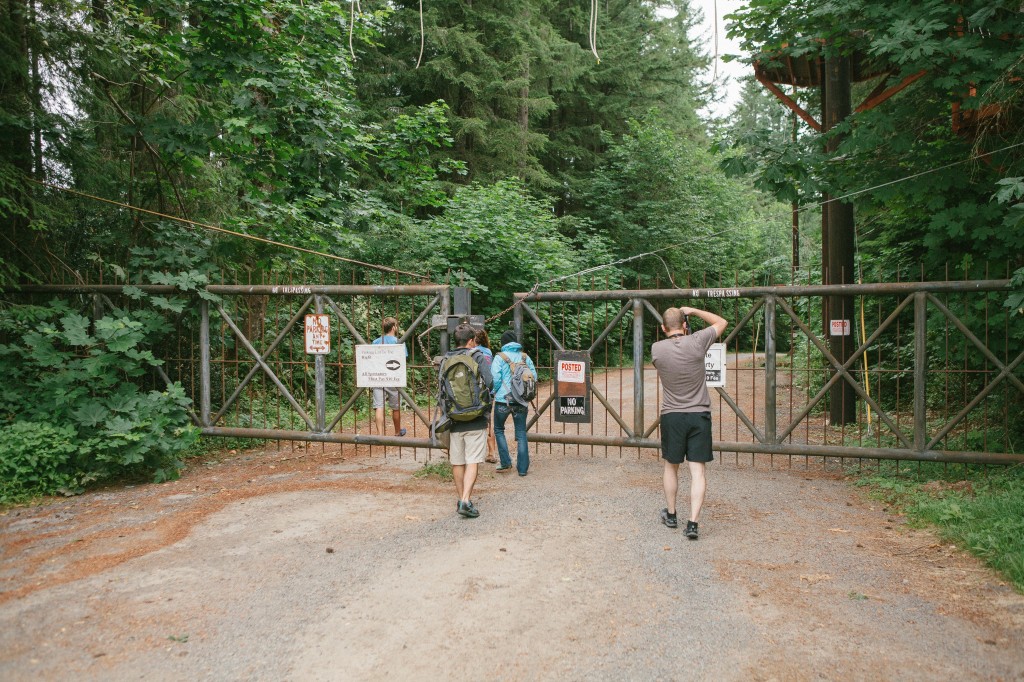 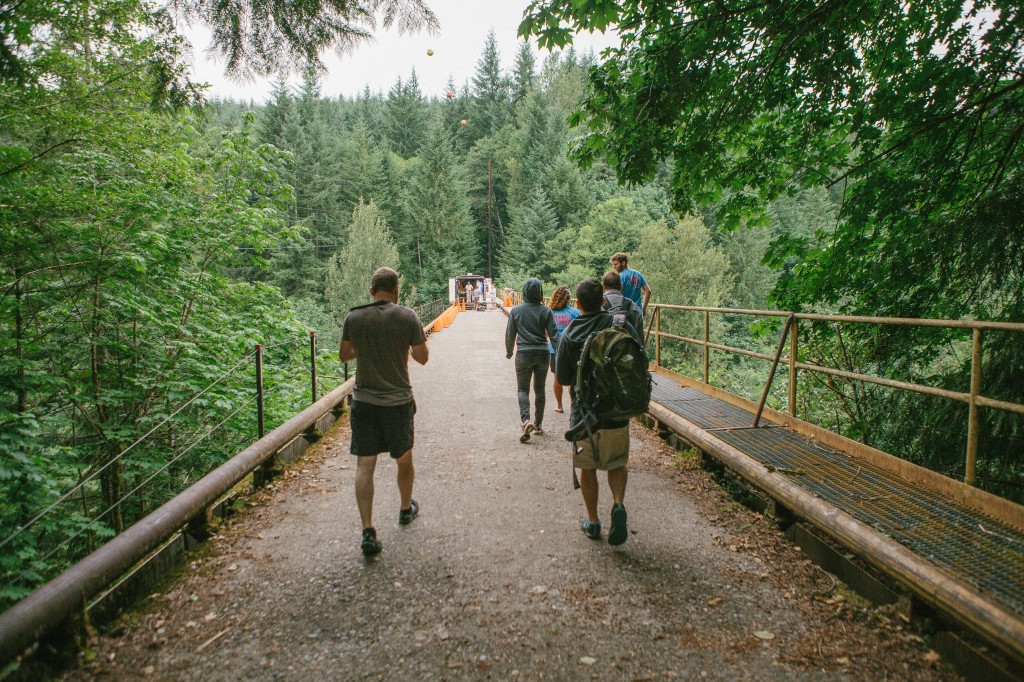 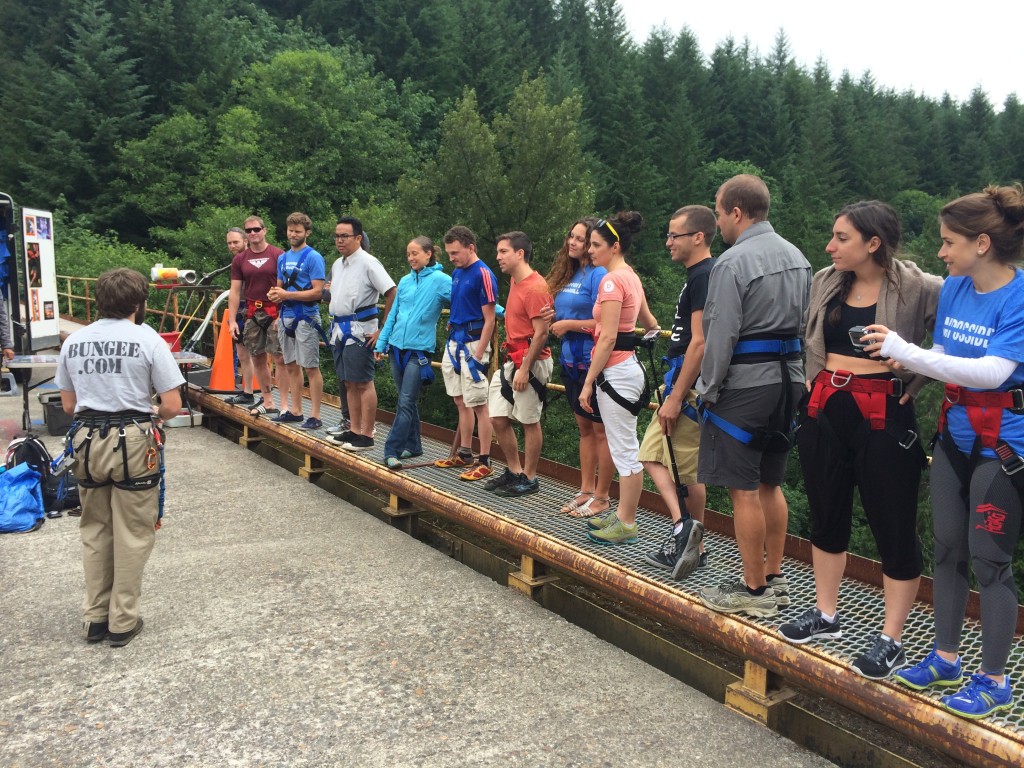 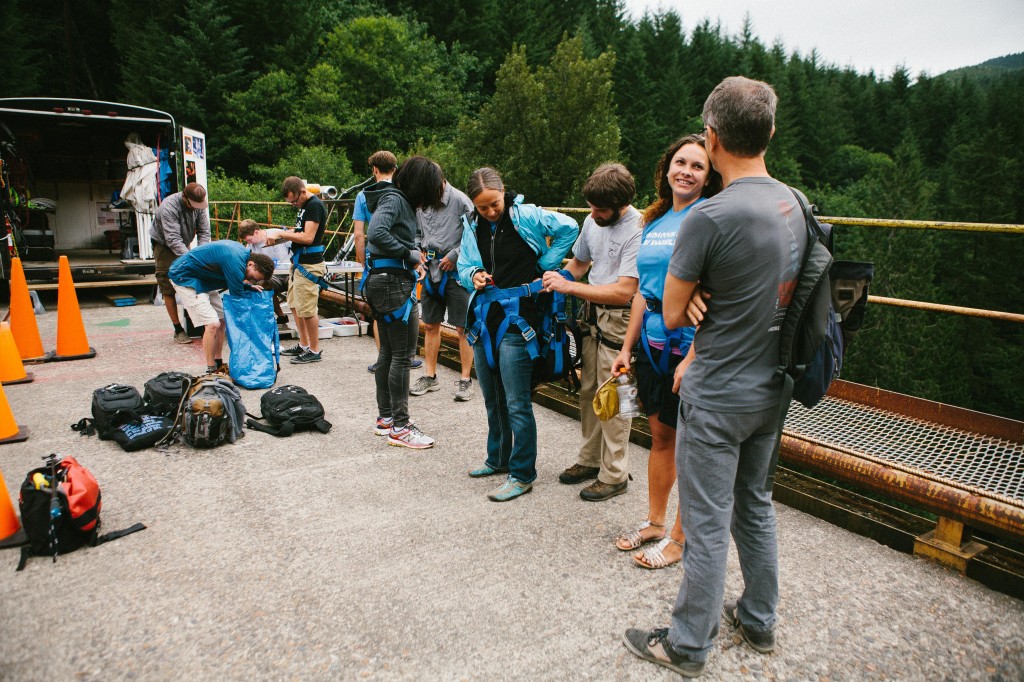 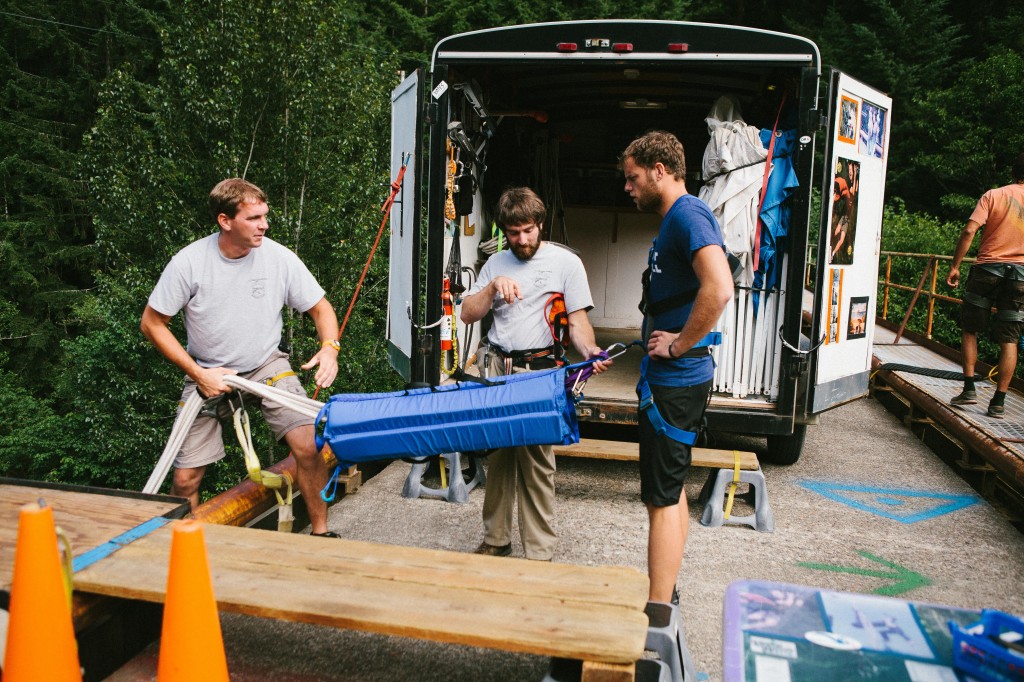 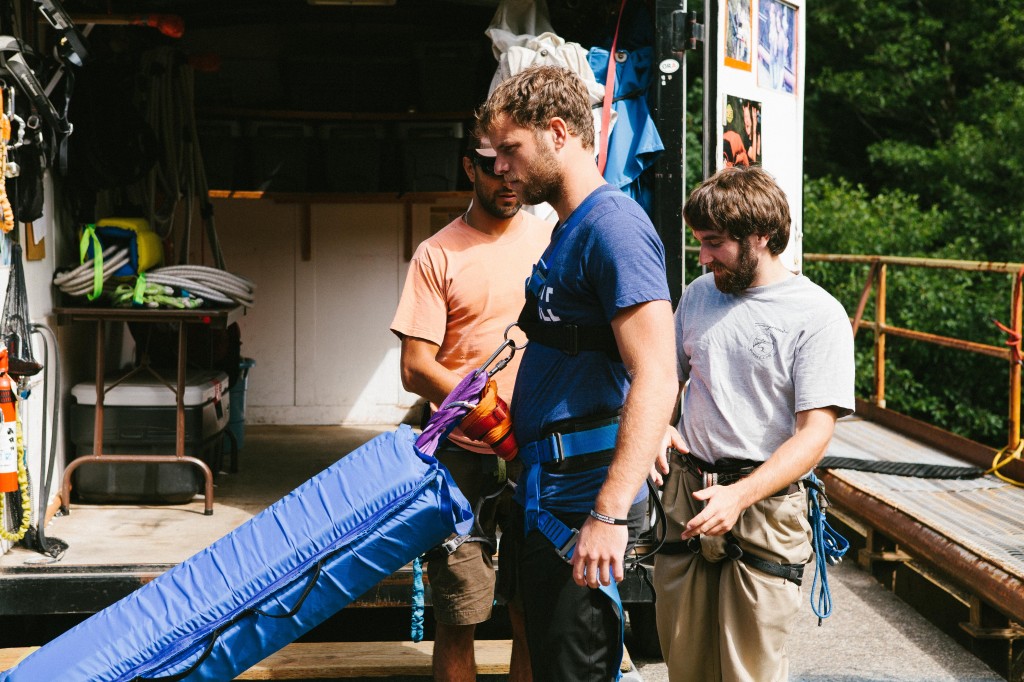 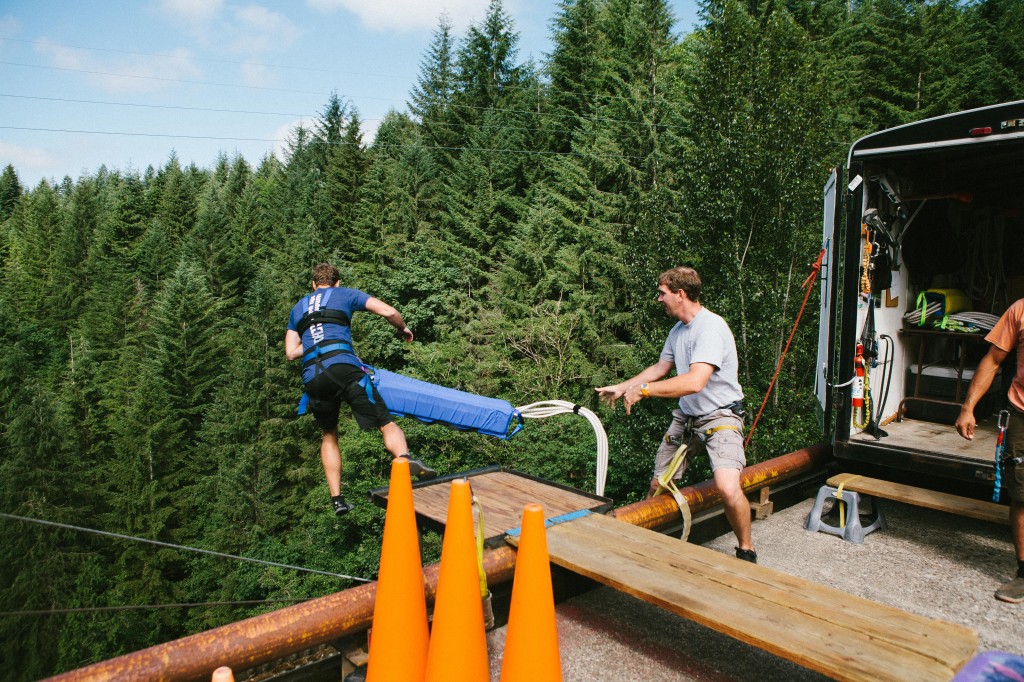 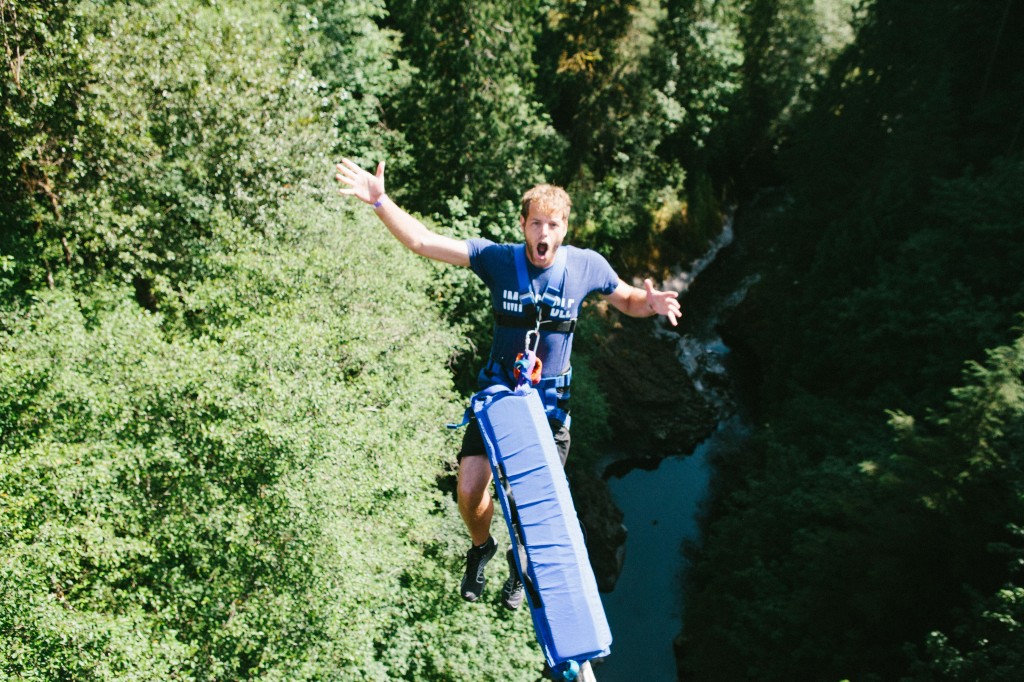 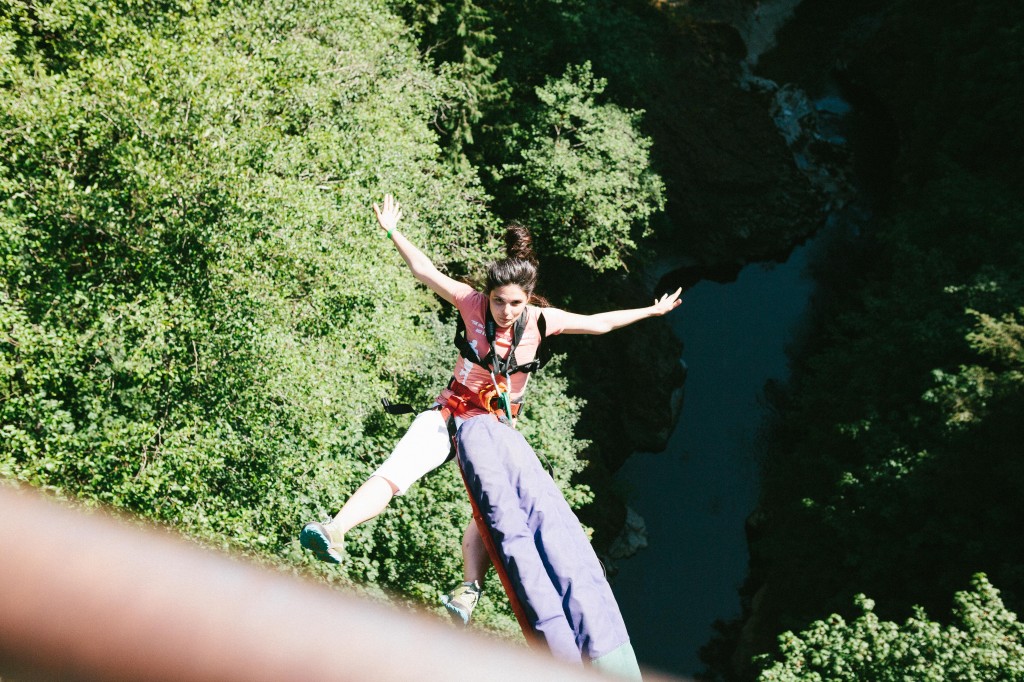 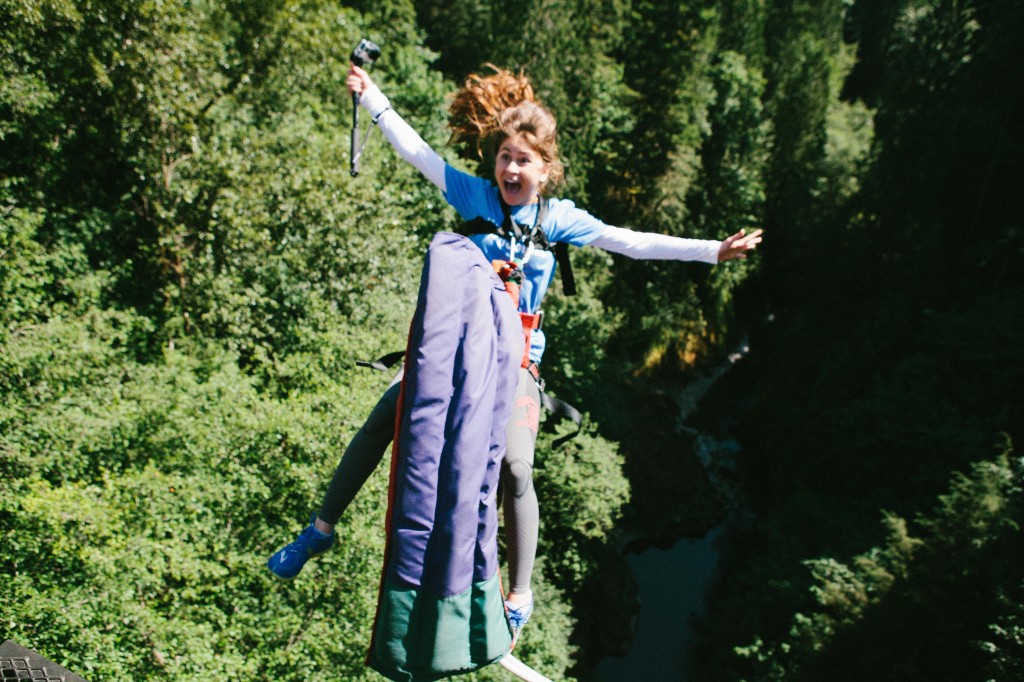 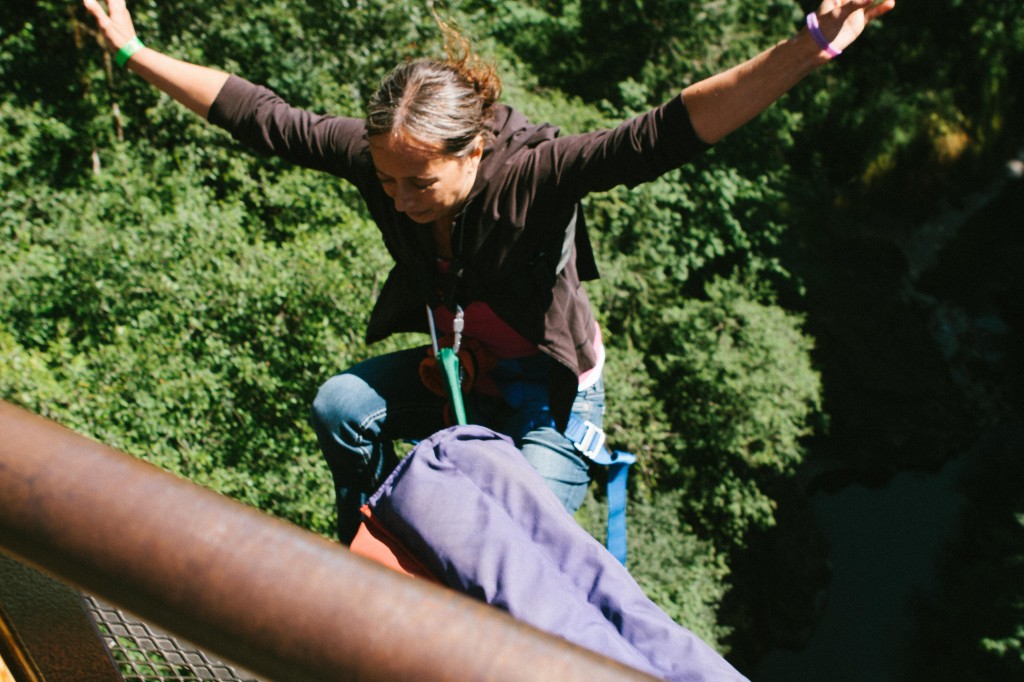 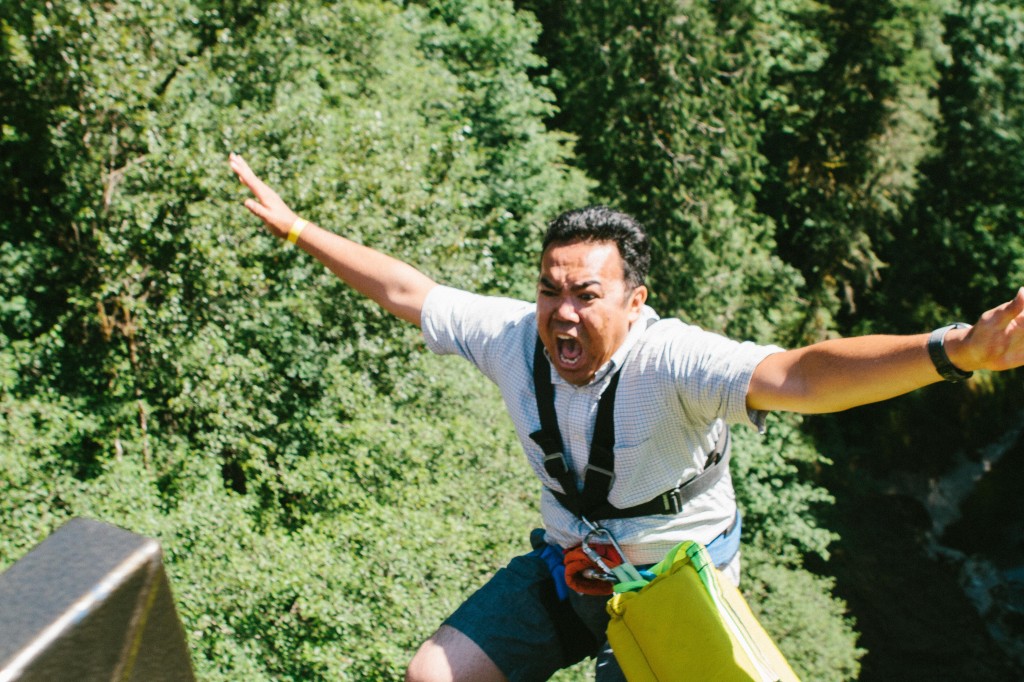 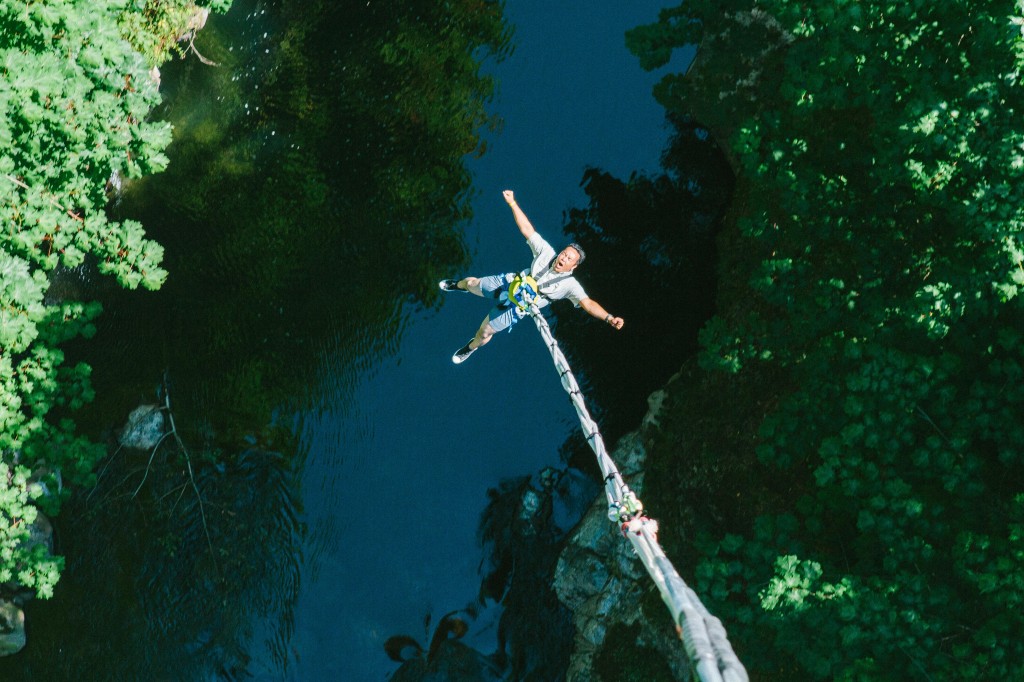 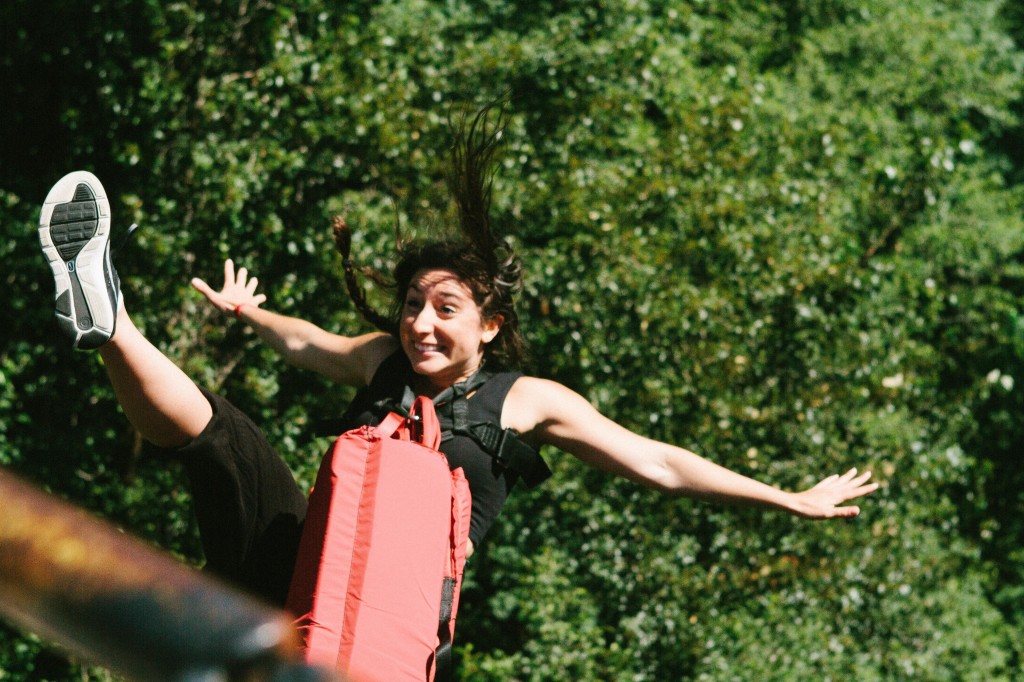 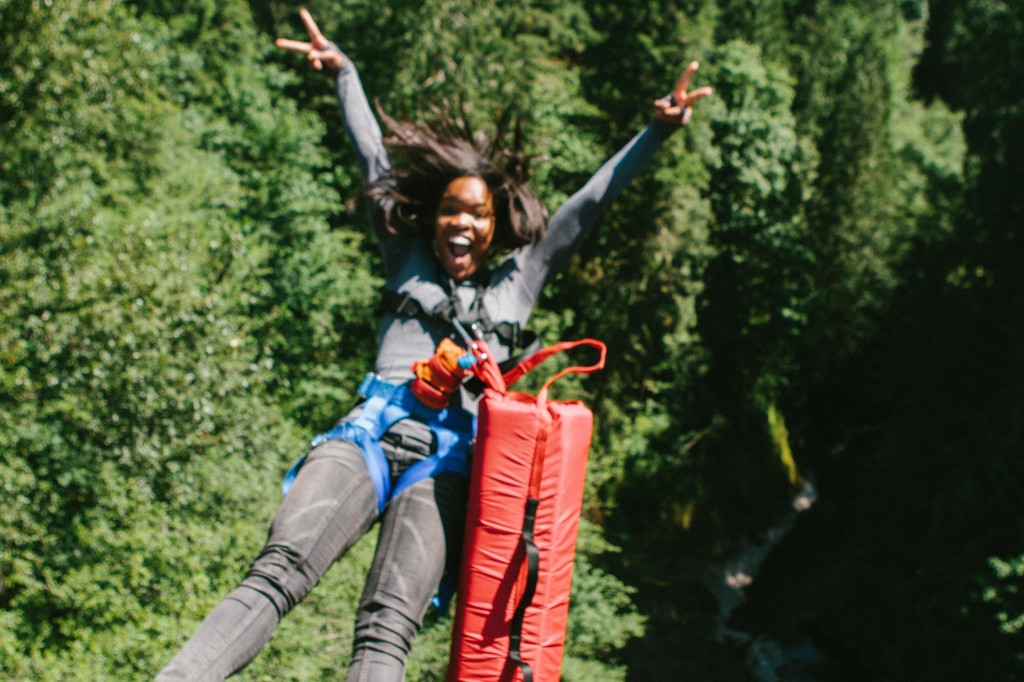 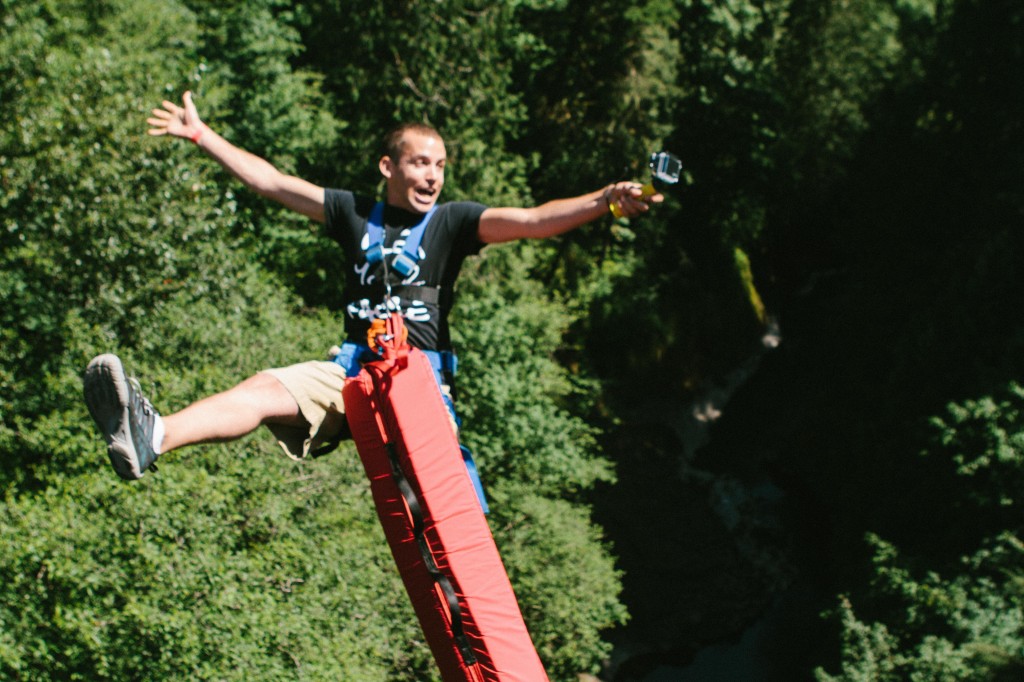 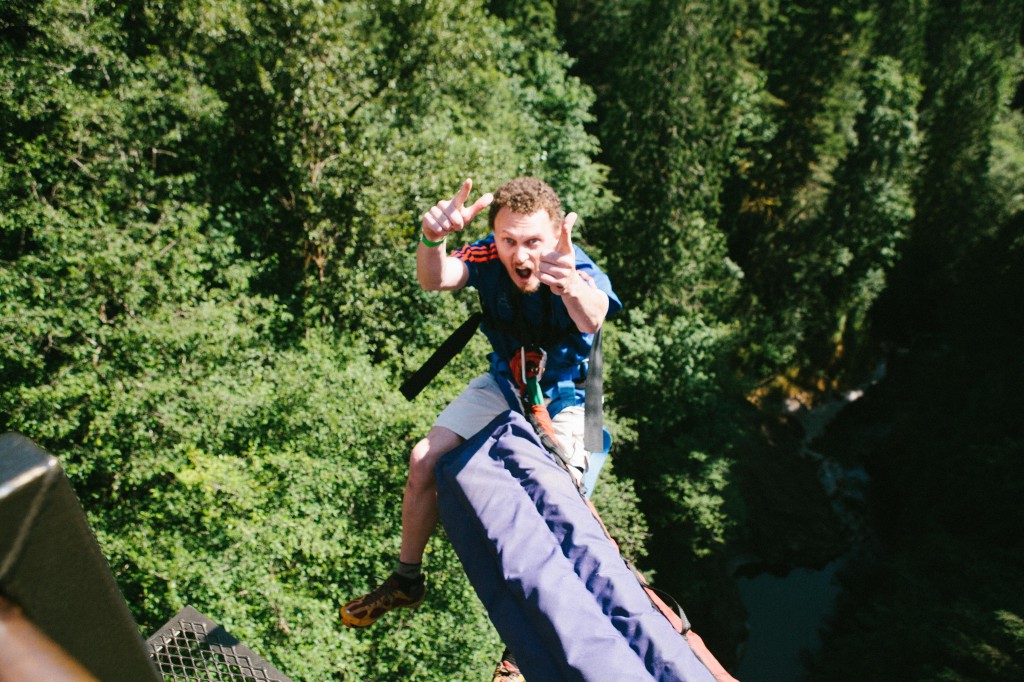 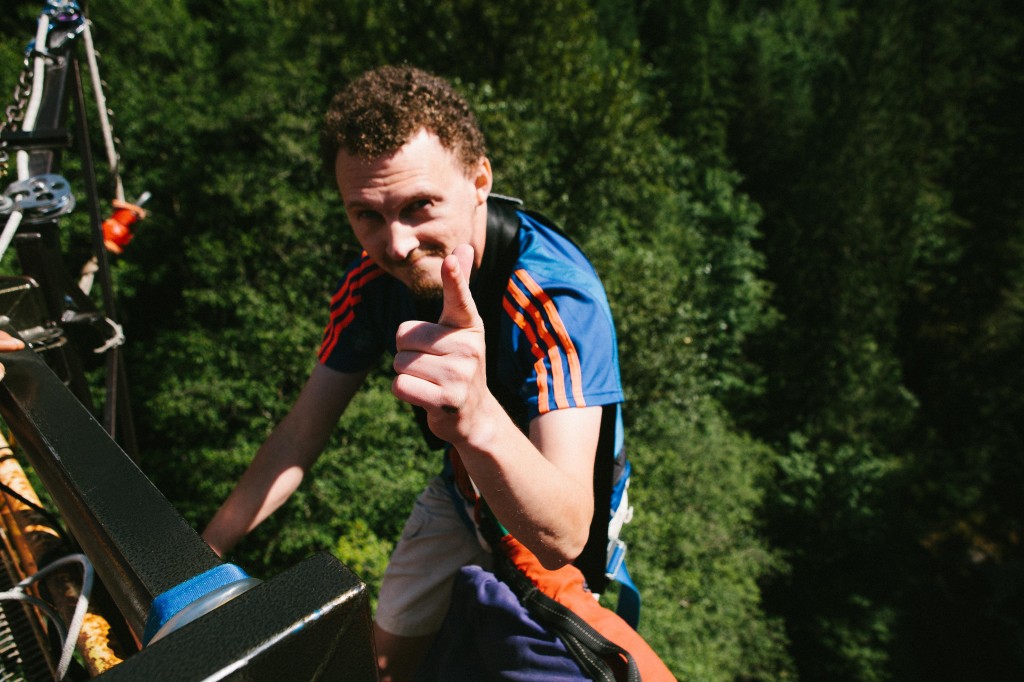 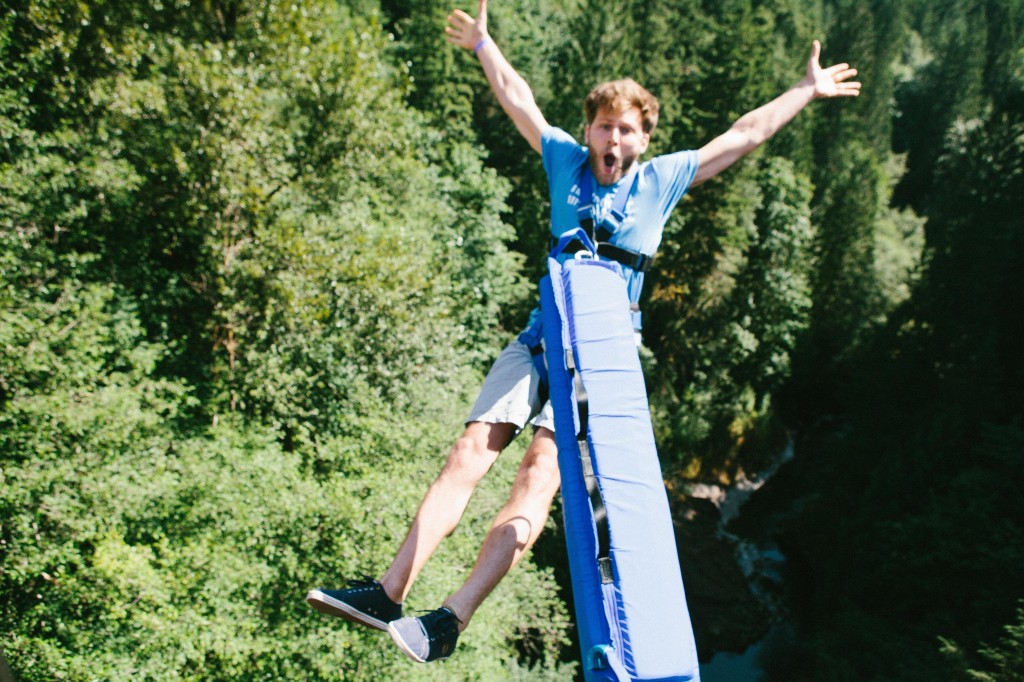 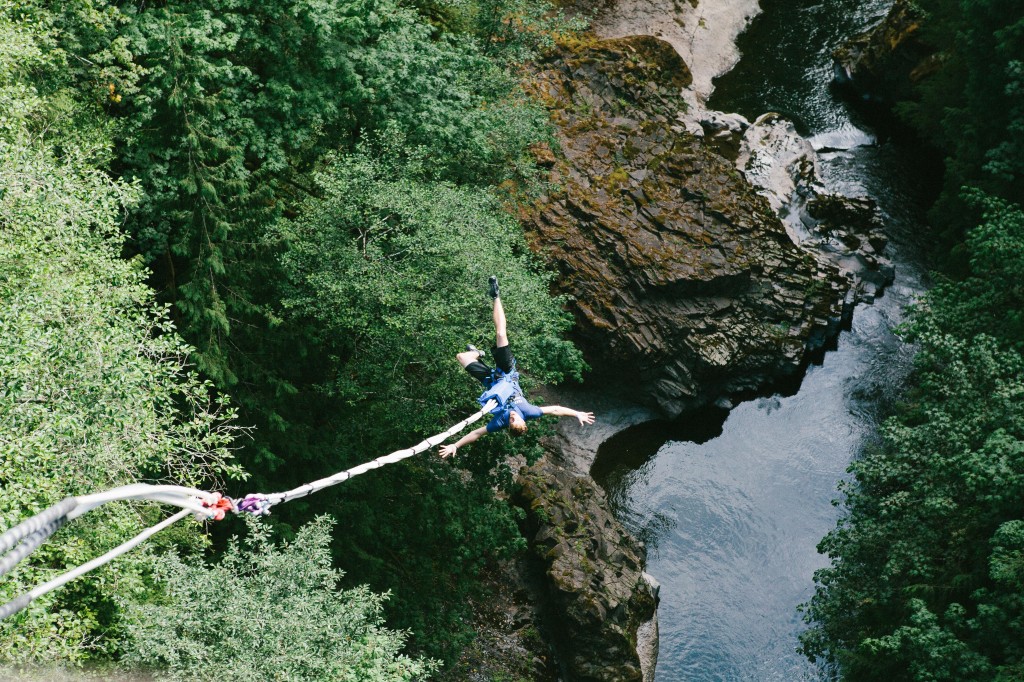 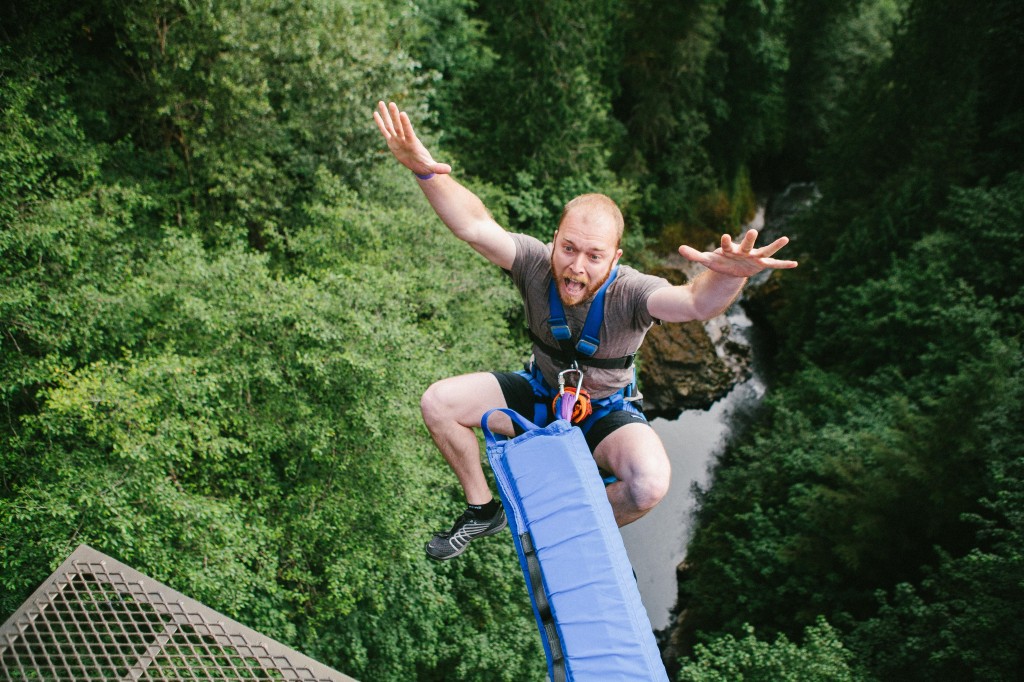 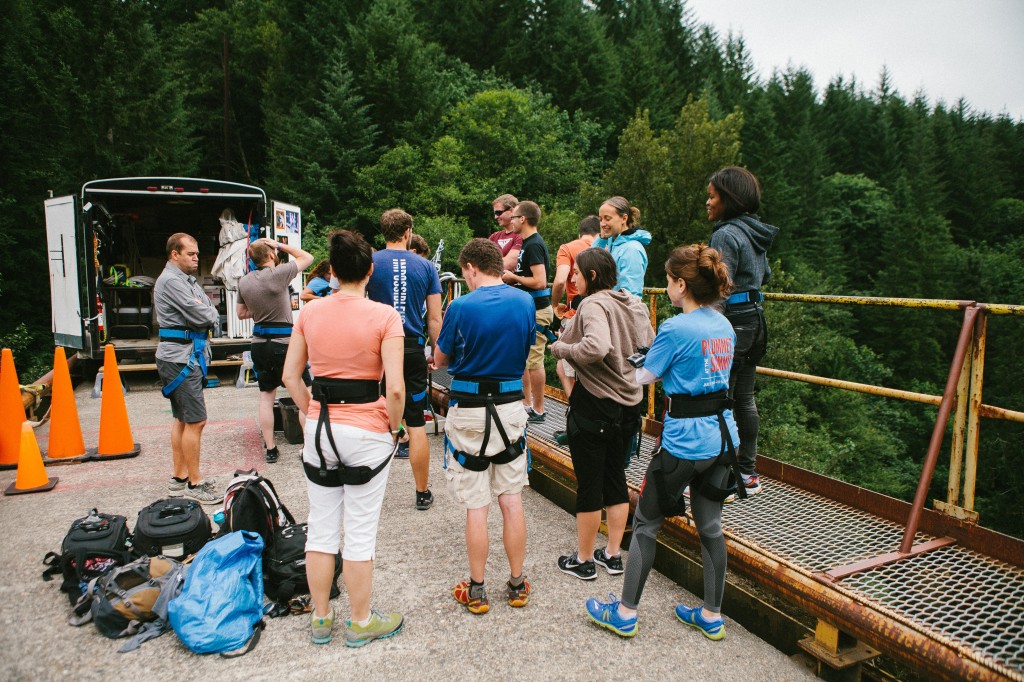 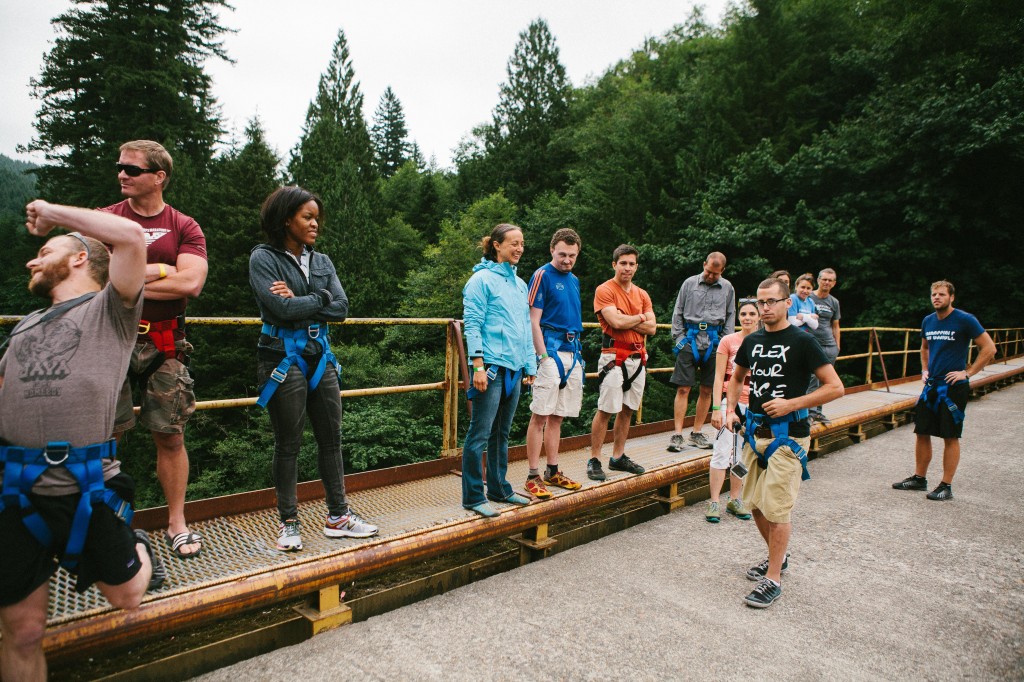 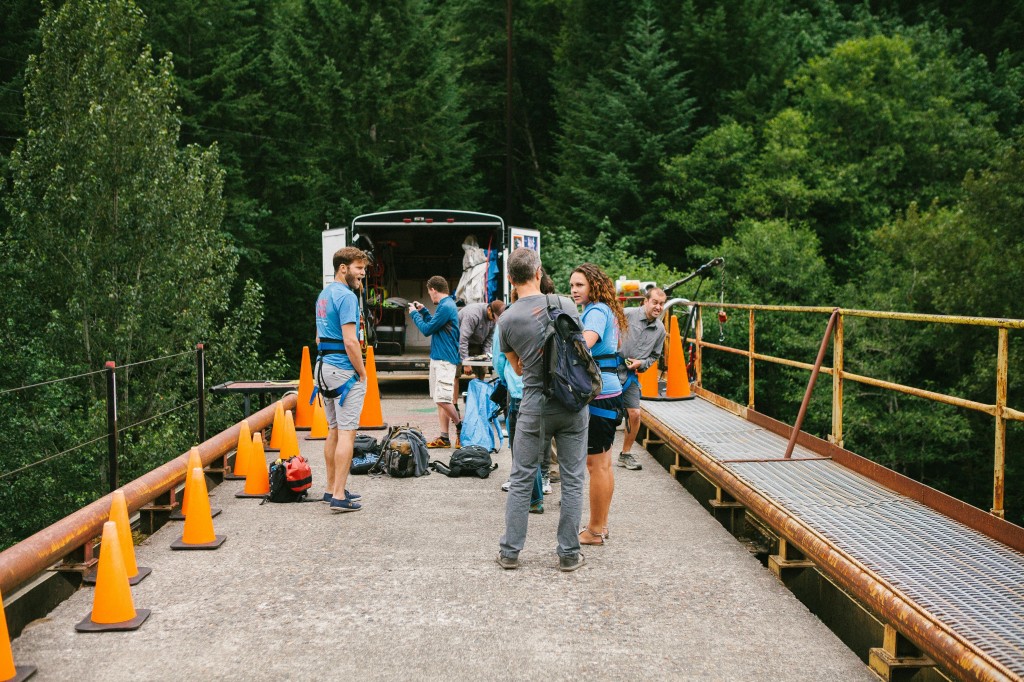 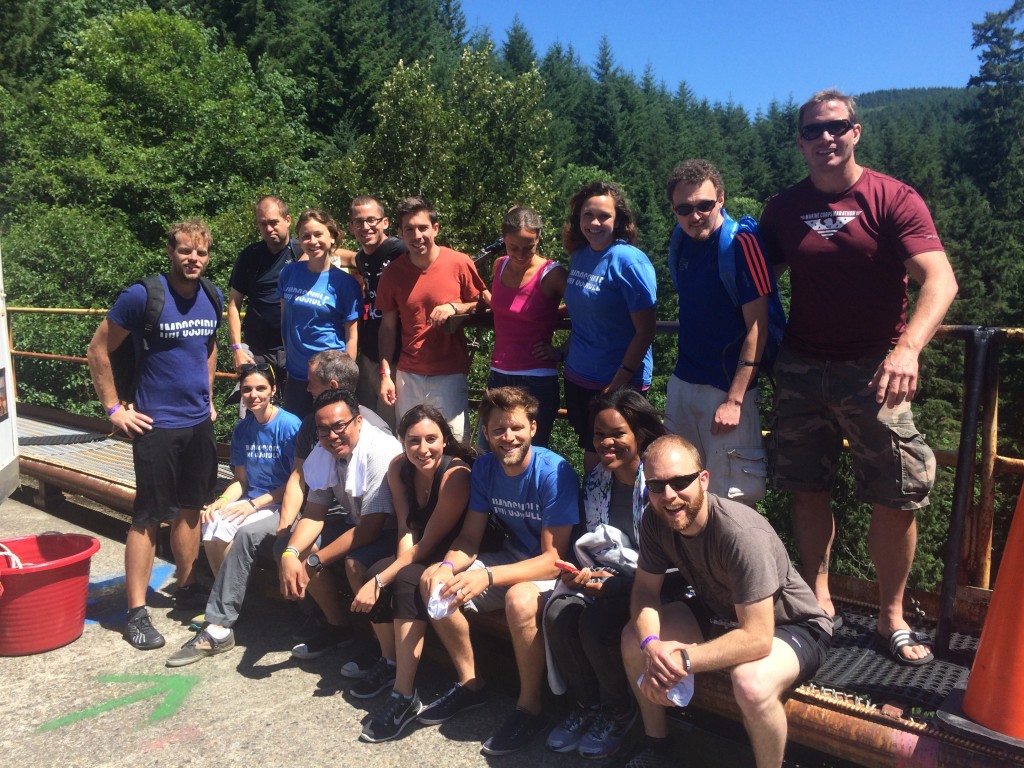 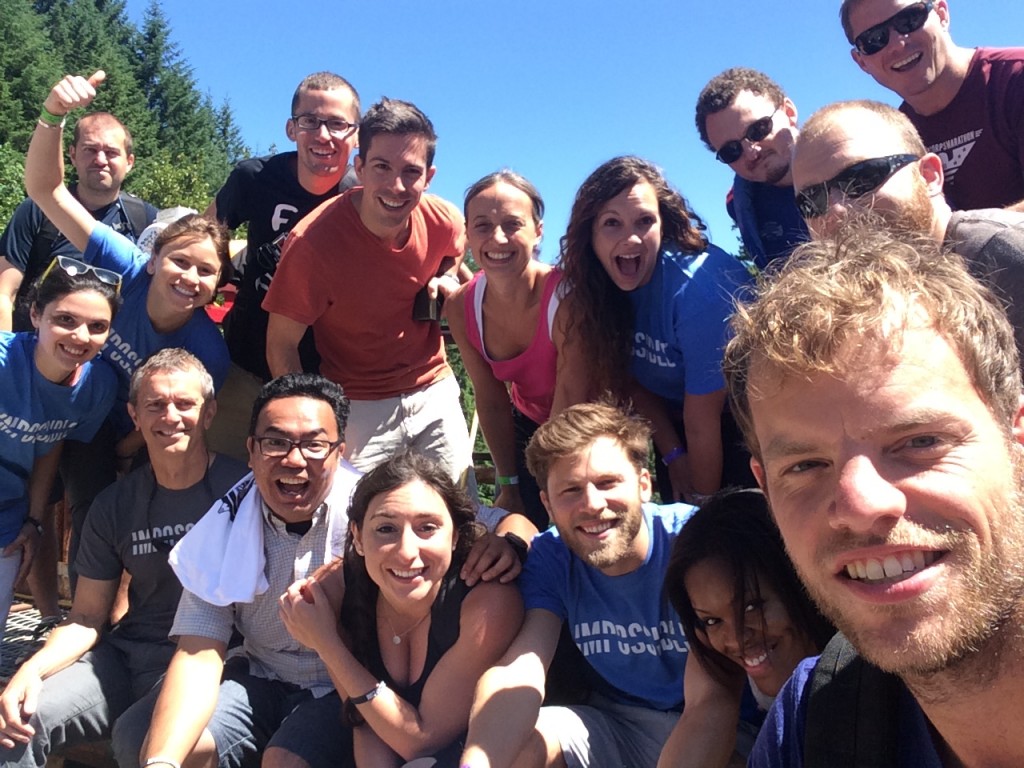 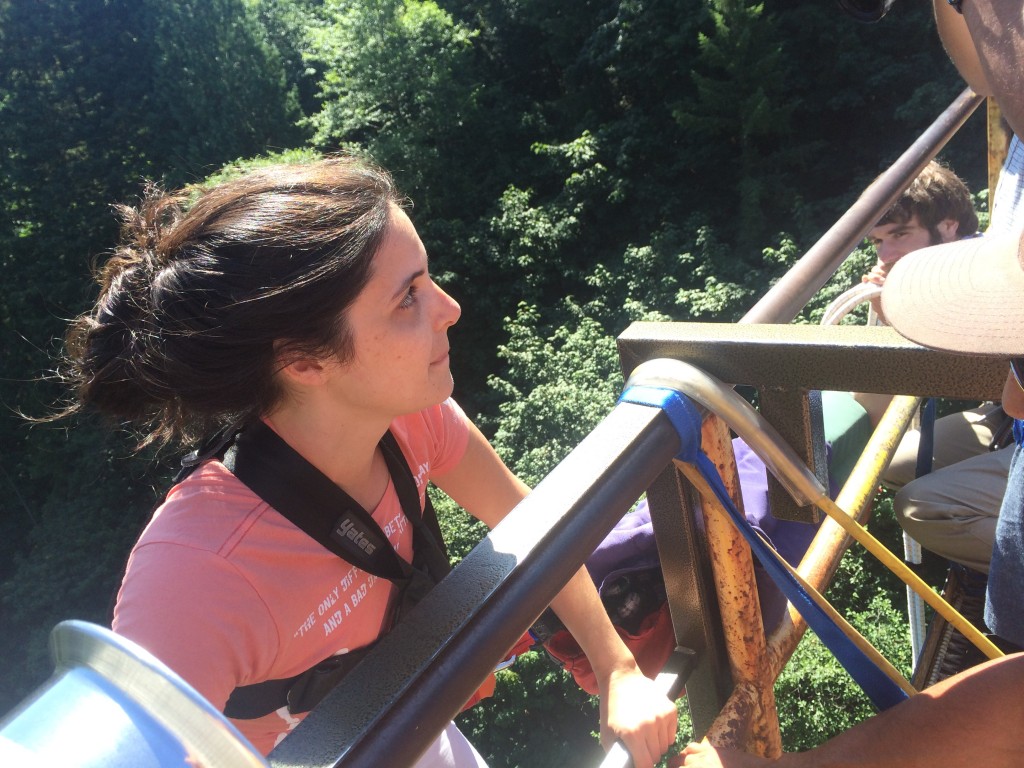 If you’re interested in future impossible adventures and potentially doing the plummet at the summit in the future – sign up here.

Again, thanks to everyone who came and jumped.

Here’s the list of bada$$ jumpers who pushed themselves a little outside their comfort zone this week.

Until the next plummet – do something impossible. Get out on the ledge.

Thanks to Oliver for his help with the photos.