You are here: Home / Adventures / Do You Suffer From Shiny Object Syndrome?

Do you suffer from shiny object syndrome?

Are you easily distracted by “shiny” new ideas?

Are you constantly starting new ideas only to move on to the next one as soon as it gets hard?

Do you only ever make it through 50% of a fitness program, before ditching it for the bigger, better, coolest program out there (only to do the exact same thing 50% of the way through).

Well, chances are you have shiny object syndrome. Don’t worry, it’s not fatal, but it can cause you to run in circles while feeling constantly busy and never quite achieving anything.

Never fear, as a former sufferer, I’ve beaten this incapacitating sickness and I’ve got you covered. 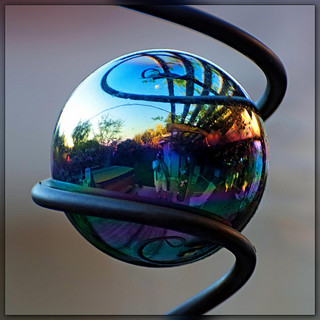 What Is Shiny Object Syndrome?

Shiny Object Syndrome (Objectivius Shinium Syndromus) is defined as the attraction to objects that exhibit a glassy, polished, gleaming or otherwise shiny appearance. Something as simple as a reflection in your peripheral vision may easily distract your attention. Over time, you’ll find that your attention to said object is directly correlated to it’s shininess and your attention fades as the shininess wears off.

How Do I Know If I Suffer?

Here’s a list of characteristics associated with shiny object syndrome. Keep in mind: this is not an exhaustive list, and this isn’t the end all be all, but it is a start.

You constantly start things, but never finish them.

Is this you? Well, you’re not alone, MILLIONS (probably closer to BILLIONS) of people suffer as well. You don’t have to go through this alone.

How Can I Prevent It?

So, you want to prevent SOS? Here’s a step by step guide to avoid and prevent this very real and contagious condition.

Chances are you’re probably already good at this, but it’s important that you need to do this anyways. You can’t stop if you don’t start.

Unfortunately, too many sufferers of SOS get caught in the starting spiral which looks something like this:

Don’t get caught in the starting spiral! Keep going and then you have to do something really, really important.

This is where most people screw up. They don’t mean to really, but often this mistake is made more through neglect than intentionally.

The mistake made is the lack of decision. They never decide what they’re going to do.

This frequently causes indecision, paralysis and uneasiness of the future, since you’ve left it up to chance.

To cut of the head of this ugly beast, simply watch this video and follow the instructions.

Make a decision. Decide what you want to do, then decide to do whatever it takes to actually do it.

Commit
This follows the decision immediately so much so that it’s not always recognized as a separate fact.

The main factor here is action.

Do you follow your decision up with action or not?

You’ll find that as soon as you take action on a goal, you’re committed.

If you decide but never do anything about it, you might as well not have decided to do anything at all (because you’re not really doing anything at all), you’ll find shiny object syndrome will continue to ravage every aspect of your life.

If you’ve miraculously made it this far, guess what?

Things are going to suck. Like really suck. Like make you want to go back to the starting days. You’ll long for the shiny happiness of shiny objects and the happiness it brings.

If people ever make it to this point, this is where they give up…

You know…because it’s hard…and hard things aren’t meant to be done. And you’ve got a really good story on why it’s hard – why it’s impossible.

OF COURSE ITS HARD

If it’s worth doing – it SHOULD be hard. IT’S MANDATORY.

If you quit here, you’ll never really be cured of SOS and you’re doomed to it’s lifelong sentence. However, if you decide to embrace the suck, you’ve got a chance to beat this terrible, terrible disease.

Yup, this again. it’s that important.

Once things suck, it’s not enough to embrace the suck and lean into the pain.

YOU HAVE TO KEEP MOVING FORWARD.

Make forward progress – no matter how slow. As David Goggins likes to say: Find a door, go through it and keep going.

Push through it all, and keep going.

FINISH. Work to an end point. Don’t leave something half-way done. FINISH IT OUT.

Now, this doesn’t mean everything is going to be a smashing success, but it does mean you’ll have a finalized product.

Once you do, you’ll find that the shiny newness of a project doesn’t really compare with seeing it through to the end. Sure, it’s a quick and easy high, but the payoff of doing something for the long haul is not easily beaten. Once you do this, there’s only one thing left to do.

Once you finish your project – really finish it – chances are you’ll repeat some version of this:

“That sucked…but it was totally worth it.”

The real key to beating SOS is continually repeating the process as it’s quite easy to relapse into speculating on small mirrors and other shiny reflective items.

So, you might have shiny object syndrome. It’s okay. It’s not a permanent condition and it’s not fatal, but you do have to treat it.

Do what you say you’re going to do. Finish what you start. Make it happen. Get after it.

—
I’m back in Chicago catching up from a busy couple weeks of travel & sxsw. As I’m catching up, we’re allowing for a little bit more time if you still want to submit your 2013 New Years transformation entry.
—
photo credit: Images by John ‘K’