You are here: Home / Adventures / The Archer vs. The Captain 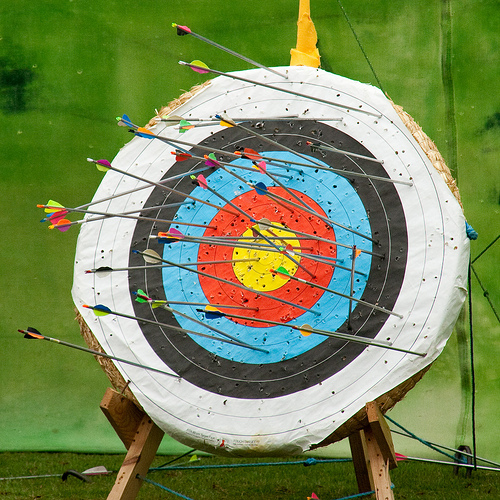 The archer spends all him time preparing. He has to prepare the bow, inspect the arrows, steady himself and anticipate anything that might shift the arrow off path as he sends it on it’s course. Once he’s ready, he pulls back, aims and lets go. That’s it. He’s done everything he’s can to control it. He better have made sure his preparation was solid and hope that he made all the correct assumptions.

The captain prepares for the boat for the journey, sets a destination, picks a crew, charts a course and launches the ship. But that’s the beginning. His preparation is just the start. He’s simply getting ready for the journey. Once he’s out on the water is when the real work starts and his job begins. Storms come up, his crew has issues, the ship gets shifted off course and the captain has to adapt his strategy mid-way through in order to get to his destination.

If you’re the archer, you have to have things perfect from the start and you have one shot to get things right (literally). Better make sure you’re ready

If you’re the captain, you need to prepare, but you really need to start. The ocean is waiting, and it’s gonna bring trouble. You can have an idea of what’s coming, and prepare for it accordingly, but you’ll never know what will happen until you’re in the midst it. There’s no such thing as waiting for perfect conditions, because you can never be quite sure of what’s next. Either you jump in and find out or you never launch. You have to be ready to adapt.

“Don’t be too timid and squeamish about your actions. All life is an experiment.” – Ralph Waldo Emerson

There’s a few times in life where you need to be an archer. You only have one shot and you have to get it right. Screw it up and you’re toast. Your resident brain surgeon has to deal with this a lot.

Most of the time though, you’re not dealing with brain surgery. The consequences aren’t as scary as we imagine and the problems aren’t as knowable until we start. Life’s an experiment. You make decisions. You make mistakes.  You adjust. You learn from them, and you keep going. You don’t need to be an archer.

So act like a captain already. Launch your ship already and get started. Figure things out as you go. Adventure is waiting.

And, if you’re in a place where you need to be an archer, remember that eventually, even the archer lets the arrows fly. Pointed sticks don’t do much good in a quiver.