You are here: Home / Adventures / The Longest Route Between Two Cities Is A Road Trip 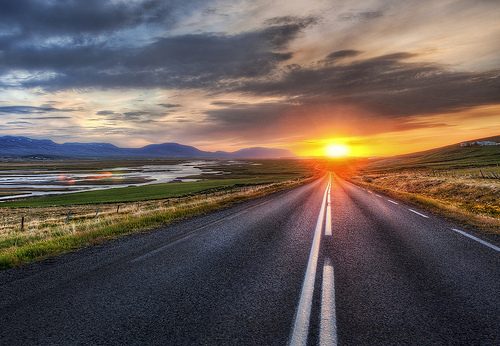 There’s a week left until I take 40+ people jumping out of a plane in Portland. I’ve got the deposits in, head counts finalized and all the tiny little details taken care of except for one small thing.

I didn’t know how I was going to get there.

I had organized a trip from 2,000 miles away, convinced 40+ people to face their fears and jump out of a plane and collected over $2,000 in deposit money, but I still didn’t know how I was actually getting to Portland. I figured, if worse came to worse, I could just fly in to Portland thursday night, jump out of a plane on Friday, and fly back on Sunday evening. But, for something called the World Domination Summit that seemed like a pretty weak plan, so I decided to scrap that idea in favor of a better one.

I’m a fan of road trips (you might remember this one and this one). I’ve been to a good number of countries and most of the eastern United States, but when it came to the western half of this country, I’ve done a terrible job of seeing things. I’ve been to LA, Phoenix & San Francisco as well as the Denver airport a dozen times, but as far as getting out and seeing the country, I’ve done a absolutely terrible job of seeing what the west has to offer.

So, to remedy that, I’m driving 5,000+ miles roundtrip out to Portland and back.

I had this idea way back in November, but wasn’t quite sure if I was going to be able to pull it off due to multiple variables. But, in the last week or so thanks to a few things (I quit my job, we needed more cars for skydiving, and this random guy walking through missouri needed a ride), things actually started to fall together. So while, I could just take the easy route and plunk down a few hundred bucks for a plane ticket and fly out to Portland, I realized it’s not often that a get a few weeks of uninterrupted time to do whatever the heck I feel like, so i figured I’d might take the time I have right now between jobs to see the rest of the country.

Road trips are awesome. I’m a big fan, but driving by yourself is usually boring. And while I pride myself on the fact that I can entertain myself for hours by singing and telling myself jokes that only I think are funny, 5,000 miles solo could be rough. Fortunately, one of my good buddies Nate, is walking across america right now. He started in Delaware 3 months ago and is headed towards San Francisco. He’s currently somewhere in Missouri. He had no clue how he was getting to Portland either, so when I mentioned the trip, he was all for it.

We’ll also be taking my little brother along. When he found out I was taking people skydiving and going on a bungee jumping adventure, he got absolutely giddy. When he found out I was driving out, he about lost it begging me to come along. Being the nice older brother I am and considering he’s actually much bigger than me now, I figured it was best to let him come along. 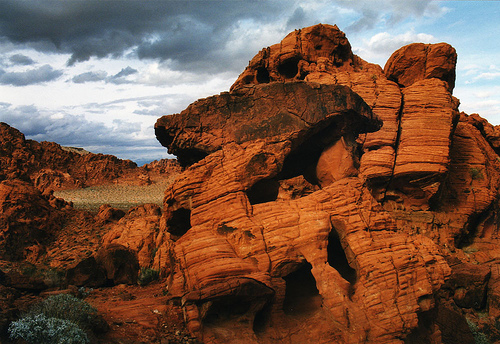 The Plan Is There Is No Plan

On trips like these, I like to have as little planning as possible. I firmly believe that spontaneous road trips are the best ones. If you asked me for my itinerary for the trip, I literally couldn’t tell you.

What I do know is that we’re leaving this Monday, May 30th and I need to be in Portland June 2nd by midnight at the latest. On June 3rd (weather permitting) Me + 40 people will all jump to our certain death from 13,000 feet. Pending our survival, I need to be back in the Chicago area by June 12th to drop my brother off. If I’m not back by June 12th, I need to get my brother to an airport by June 12th and Nate and I can continue sightseeing around the country indefinitely :).

Along the way, there’s a lot of places I want to see. We’ll try to map out a route to see them all in a semi-sensical manner, but there’s no telling what we’ll do once we actually end up in the car. We might like some places more than we thought we would, so we’ll be playing it by ear and doing our best to spend our time in the places we enjoy the most.

Like I said, the details are still being hammered out. We really don’t have a route other than “head west” and we’ll probably do a fair amount of car-sleeping and/or sleeping out under the stars. If you’re near any of these places and want to say hi, let me know where you’re at and we’ll see if we can’t meet up at some point. That’s the great part about spontaneity, nothing is planned, so if you have any suggestions, let ‘em fly. We might just be dumb enough to do it.

I’ve been getting a lot of questions, since I quit my job about what’s next. I can assure you of a few things;

But I am moving. To Milwaukee. As in Milwaukee, Wisconsin. Yes, Wisconsin. The state who’s pride and joy is cheese.

I have no clue. I have no affinity for cheese and whether or not they won the Super Bowl last year, the Green Bay Packers might be the worst team ever to play the game of football #GoBears.

In Milwaukee, I’ll be working for a internet advertising agency and business incubator just outside the city. In a way it’s very similar to the work I’ve been doing, but it will also have a lot of new challenges (like learning to deal with Packer fans). More importantly, there’s a ton of really smart people that I’ll be working with who I think will make me a better marketer and entrepreneur. I think there’s a lot of value in working on your own business, but there’s also a lot to be learned from working with others and I don’t think the two are mutually exclusive, and I think there’s a lot of opportunity to do some big things down the road.

But that’s not for a couple weeks yet. In the meantime, there’s a lot of empty road in front of me [literally], and a big fall from the sky that I need to take care of first. If you’re out west and think we might run into you, give me a shout. I’d love to see if we can meet up!