You are here: Home / Hacks / The Most Valuable Trait You Can Ever Have 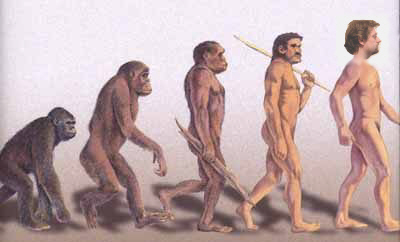 If I were to make a top 5 list of the traits that are traditionally seen as MVTs [most valuable traits], you’d probably see those 5. One or two might be switched out, but a lot of people talk about those 5 traits but consistently leave out the most important trait of all.

This trait that allows some people to excel in whatever they do while others flop.

This trait that lets people enter completely new arenas of knowledge and not only survive, but thrive.

If you have this trait, you can do just about anything.

So what is this trait that will open doors of opportunity and create more chances for growth than you could imagine?

The ability to adapt.

Why Adaptability is Essential

Anytime you walk into an unfamiliar setting, subject matter or area of interest that you’re not familiar with, it’s like you’re walking into a room that’s pitch black. At first you don’t recognize anything but soon you start recognizing patterns, and pretty soon you’re able to function as if you were meant to work without light.

M-I-S-S-I-S-S-I-P-P-I
In college, I worked for two summers with a non-profit doing community development work. the first summer, I was down in Pearlington, Mississippi. A small tiny town on the border of Louisiana and Mississippi. We were doing Hurricane Katrina relief and I was the “construction co-ordinator”, a laughable title considering I had done approximately 0 hours of any construction experience before that. After an hour crash course at a build-in-progress where my dad ran me through basic construction terminology and techniques, I got on my plane and headed down to Mississippi.

3 months and 5 1500sq ft houses later, I had learned to stick-build a house from scratch and we put 5 families that were in trailer homes back into a home. I worked with and taught over 500 people that summer over a period of 12 weeks. I guided them through the builds, and showed them how the houses were going to built and hundreds of people asked me for my “expert advice.”

…if they only knew…

The only reason that was possible because I was able to adapt, learn and react as necessary. But adapting is essential outside of small Mississippi towns too, its useful in whatever you want to do in life:

If you want to start a business, you don’t just come up with an idea and hope the market goes for it, you find out what people are really wanting and you adapt yourself to give them what they’re asking for.

If you want to train for a triathlon, you’re going to have to learn to adapt your eating, exercise, and sleeping habits and even adapt the types of workouts you do.

There are a lot of skills that can help you do one thing really well, but if you know how to adapt, you can do just about anything.

You already knew this.

Every high school textbook talks about the survival of the fittest. When a personal, animal, or plant is introduced to a  new environment, they either have to adapt or they die.

The consequences aren’t at morbid when you’re attempting the impossible [you probably won’t die], but can be just as scary [you could settle for a really boring life].

The number one characteristic of impossible doers is that they can adapt. Obstacles don’t stop them, they’re just a chance for creative problem solving. There’s never anything you don’t know, only things you haven’t figured out yet.

Don’t know how to do something, learn how.
Run into a problem, figure it out.
Need a new skill, master it.

That’s the attitude of someone who’s set on doing the impossible. Adapt, adapt, adapt.

I’ve done more things in my life because of the ability to effectively adapt to my surroundings than anything else. But, if adaptation doesn’t come naturally to you, here’s some straight-forward advice on how to make it a little easier.

Be Optimistic
Just because there’s an issue comes up, doesn’t mean there’s a problem. There are plenty of things that just happen. When you’re pessimistic, you start to focus on the problem, not the solution. When you’re optimistic you focus on what will work, instead of the things that aren’t working.

Be Flexible
Life never turns out how you expect. Be willing to roll with the punches and go with what works is essential. If you’re set on your way of doing something, and your way doesn’t seem to be working. If you find a better way to do something, do it.

Be Wrong
The best way to figure out if something works or not is to try it. This means you’re going to try things that don’t work. Probably a lot of them. Problem solving is a lot like guessing the wright size of a bolt. Just because the 3/8 wrench doesn’t work, doesn’t that wrenches aren’t the right tool. It just means that the  3/8th wrench doesn’t fit. Better try a 5/8 or keep trying till you find something that works. If you’re never wiling to be wrong, you’re probably never going to be right.

Be optimistic, be flexible and don’t be afraid to be wrong. You’ll find doing those things help you naturally adapt to your surroundings better and you’ll be amazed at what you can do when you adapt.