You are here: Home / Adventures / The Problem With Choose Your Own Adventure 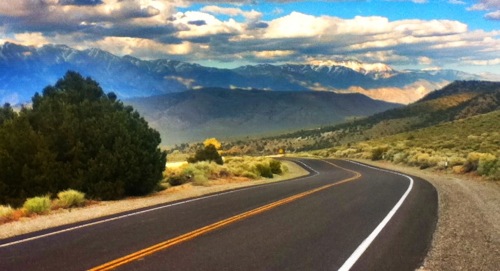 Remember the choose your own adventure books? They were my favorite.

You’d start reading a book and it’d start out just like any other story you’ve read and then all of a sudden something different happens. You have a choice. Does the character do option A or option B? You, the reader, get to intervene in the lives of the characters in the book. You get to decide the direction of the story. You get to choose what they do next. Their future. Their destiny. It’s all in your hands. All you have to do is choose option B and flip to the page 28 and you completely change their future.

Do they go into the abandoned house and find out where the spooky noises and random lights are coming from or do they go down the street and pretend they saw nothing? Does the rescue team risk the storm in order to attempt a rescue mission or do they wait until the storm blows over? Does little Timmy give the bully his milk money or does he stand up to him and risk getting punched in the face?

Only you get to decide. The fate of the characters lies in your hands. Flip to the wrong page, and something terrible could happen to your favorite character. The story could end abruptly or be fairly boring. Make the right decision, however, and you find yourself in the midst of an awesome story. There was only one problem…

In life there are essentially two kinds of freedom.

The first type of freedom allows you the ability to choose between two options. A or B. Pick one. You’re free to choose.

The other type of freedom means you’re allowed to do whatever you want. WHATEVER YOU WANT! You’re free to choose. Fabian calls this ‘”the freedom to be the sovereign of our sphere.” I love that term.

A sovereign country isn’t subject to anyone else. They have the supreme and independent authority to do with their country whatever they want. For better. Or for worse. They’re responsible. They get to choose their own adventure. Their own destiny…

The Problem With Choose Your Own Adventure

The problem with choose your own adventure is it’s too small of a story. Sure, you could pick what the characters would do next, but the endings would never be as good as I hoped for. I would be imagining a super secret spy mission storyline in my mind and I would find that the super spy went through the wrong door and got shot in the head. Dead. End of story. Unsatisfied, I’d flip back through the book and find out the alternate mission and flip to that part of the book only to find out sure enough, he completed the mission perfectly according to plan. That was it.

Open and shut. Perfect mission or dead. Those were the options. Sure, there were more turning points throughout the book, but they’re were always the same. Here’s two options: pick one. Go.

That didn’t do much for me. Two options seemed small. I wanted something more. Something a little less expected. I know it’s just a book, but it just didn’t ring true to me. Life isn’t that clean cut. Life isn’t perfect – and I’m glad.

Perfection is boring. Sure it seems desirable, but when faced with the choice between perfection and adventure, I’ll take adventure.

Life is messy. Life has screw ups. Life has a lot of adventure…if you want it.

What happened to the mission where the spy gets shot multiple times, almost screws up the mission, pushes through, takes down the bad guys, rescues the pretty girl, runs into some more bad guys that nobody briefed him on, takes them out anyways while getting shot again, frees some prisoners and kisses a baby before going down in a firefight. Everybody cries and mourns at his funeral only to have him show up at the funeral alive, having only barely survived the shootout by jumping into the canal, falling unconscious and waking up on the shore 3 days later. What happened to that story?

I would read that story.

Every single second of that story, the character is making his own decisions. It’s not the choice between options A & B, but the choice between options A, B, C, D, and E. It’s not one or the other either. It’s a combination of plan C & D and with a little bit of plan Z on the top. Sure our super spy sort of has a plan, but he’s mostly making it up as he goes. He knows what he wants to do (save the pretty girl, free some prisoners, kiss a baby, and maybe kill some bad guys in the process) but he never has someone come up to him and tell him, “You can either do this or do this. Pick one.” The options are never that simple.

The choices facing our super spy are never as simply as the ones you get in the “choose your own adventure” stories. So, instead of worrying about which adventure to choose, he creates his own.

Why does life have to be any different?

A lot of times we act like we have to choose one option. If we’re lucky we get to choose between two options. What luck! But why do they only have to be two options?

Why not make your own option?

If your life is a story, then you’re in an incredibly unique position. You’re writing something everyday that you’re starring in as well. With every single action you take, you’re writing your own life story daily.

Instead of choosing between Option A & Option B, why not go make Option W (Option: W = Whatever I feel like) happen? Just because no one tells you that option W is an option, doesn’t mean it’s not one. Create one and call it whatever you want. See who stops you.

Life isn’t black and white and very seldom are answers as simple as “yes” or “no.” Life is full of different shades of gray and “maybes” that are just waiting to be turned into “yes’s.”

Make it awesome. Make it impossible. Then make it happen.