You are here: Home / Hacks / Think Outside The Box…What Box? 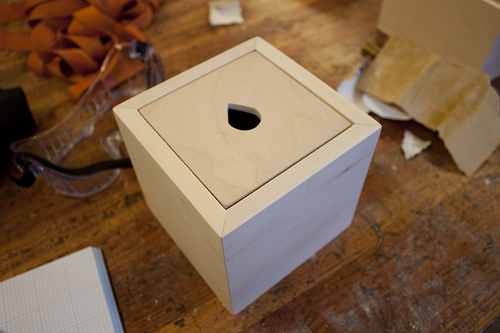 Think outside the box.

It’s pretty common advice these days which is a little ironic considering how little the outside the box thinking actually tends to happen from the people who encourage it.

This happens simply because when most people urge you to “think outside the box”, what they’re really trying to say is “stop thinking like everyone else and think like me.” Very rarely do they actually want you to think outside any box. They simply want you to trade boxes and think inside a different colored box with different rules, different viewpoints and different opinions that happen to be newer, shinier and that they also happen to like better. 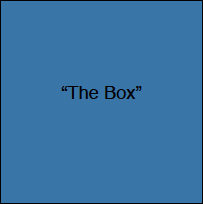 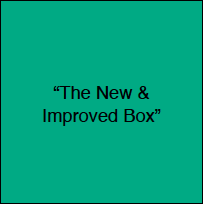 Not much of a difference, huh?

Instead of actually thinking “outside of the box”, they simply want you to agree with their opinion that comes in a brightly pre-packaged “new & improved box.” So, instead of actually challenging the rules, deciding something for yourself and charting new territory, you’re simply agreeing with a different set of somewhat shinier & newer rules in your new & improved box and calling the new box “innovative.” This is why so many “groundbreaking” ideas, blogs, and startups aren’t really that groundbreaking after all.

There’s a better way to “think outside box”, but it will only happen when you’re able to realize one thing…

THERE IS NO BOX

(Yes, I just channelled my inner-Neo.)

There are no rules.

Nobody is telling you that you can’t do something (if they are, you should probably ditch them).

You can literally do whatever you want. Even if it’s unconventional, nerdy, audacious, risky or impossible.

Eating My Own Dog Food

One of the reasons I like writing here so much is that if I’m wrong about something, I fully expect to be called out. I love having readers that think for themselves. If I’m vague, confusing, dumb or otherwise incoherent, I get grilled on it. My viewpoints, opinions and thoughts are constantly being challenged & refined. Some people might not enjoy that aspect, but I love it.

It keeps me on my toes, it keeps me sharp and it keeps me actually thinking out of “the box” and any other “boxes” people have pre-made for me.

So next time someone tells you to “think outside the box”, just do your best Neo impression and tell them “there is no box” and think for yourself.

After a few days in Hawaii, I’m finally back in Indiana, but you see some of my HDR photos from the trip on flickr.

Also, I just spent $2,000 in deposits, signing 40+ people to jump out of a plane with me at #WDS in Portland this June. It’s official and it’s gonna be a blast.