You are here: Home / Nutrition / The Ultimate Paleo Guide: Everything You Could Ever Want To Know About The Paleo Diet

Rightfully so – Impossible Abs is a variation of the paleo diet with several tweaks and I recommend it as the go-to diet of choice for people looking to lose weight without having to calorie count all day, every day. Why? Because paleo focuses on eating real food – something so important, it seems laughable to suggest, but is so basic that it’s often overlooked.

Now, people tend to get hung up on the name “Paleo” a lot and ask if cavemen really did eat bacon (answer: I don’t know, but I bet they would have if they had it available). But I think they’re missing the point and simultaneously miss out on a lot of it’s benefits of paleo.

To be honest: I don’t think paleo is the end-all, be-all of nutrition, but for 95% of people, it’s a great start. I’ve seen people lose 70+ pounds, reverse diabetes and change their entire lives with the paleo diet. It’s not perfect (there are some adjustments you can make to it depending on your individual goals), but the reason I talk about the paleo diet so much is that it works – plain & simple.

And so, while I’ve talked about it here & there and done some video posts on it, I wanted to do more. So, quietly, in the background I’ve been working on something bigger – much bigger.

Over a year ago I started working on a project that would eventually morph into Ultimate Paleo Guide. As you can probably guess, it’s designed to be the ultimate guide to the paleo diet that you can find anywhere on the internet. While it started with just a few posts from my own experience, it quickly expanded more & more as I continued to detail out the intricacies, benefits & variations of the diet through my own experience & research. 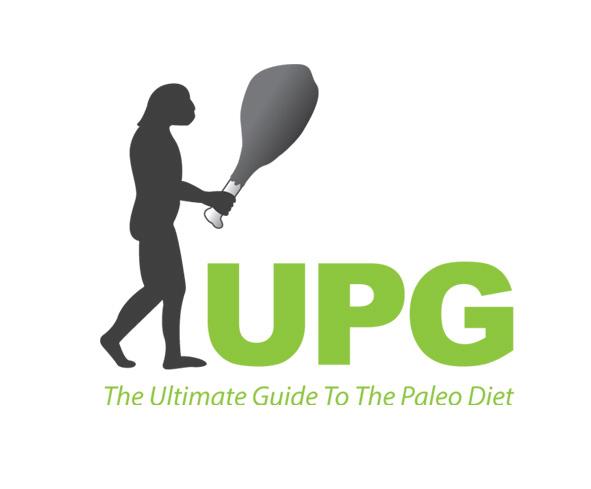 Now, over a year and over 200 articles later, I feel Ultimate Paleo Guide (UPG) is finally starting to live up to it’s name and I wanted to share it with you. It’s not quite done, but it’s getting close. Think of it as a better-researched, more in-depth, & more entertaining version of the encyclopedia entry on the paleo diet. Forget wikipedia & google, we’re aiming to have all your answers on the paleo diet available on UPG.

I’ve referenced it here and there in the No Excuse Workout, blog posts & other materials unofficially before, but today we’re officially putting UPG out into the world along with a flagship product launching today as well (and I’ll tell you about in a quick minute). 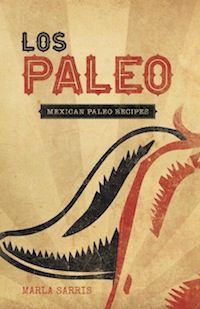 The site is packed with paleo food lists, meal plans and other resources on the paleo diet, but there was one thing I was missing…

The call for more recipes has been almost deafening. Honestly, it’s not something I quite understand as I’m perfectly happy to eat chicken and broccoli 5 days a week, but apparently most people don’t feel the same way. So, while it might take a few repetitions to get something through my head, I finally started to listen.

Los Paleo is the first response to the call for more delicious paleo recipes as the first flagship project of Ultimate Paleo Guide. While I’m still working on my cooking chops – I’m still woefully uncreative when it comes to cooking creativity (I tend to focus on efficiency) – I partnered with the wonderful & talented Marla Sarris (1/3 of the Spyr Media crew) to created & design these paleo recipes. Inspired after being challenged to make 100% paleo versions of her local Mexican favorites, Marla got to work & Los Paleo is the result of her culinary genius.

I could fawn over Marla’s work in the kitchen all day long, but it’s much easier to just show you. This is just a short sample of what you’ll be finding inside Los Paleo. 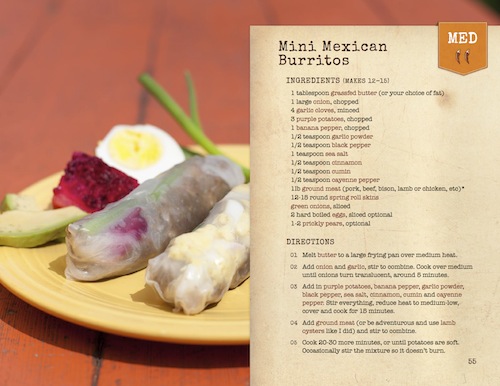 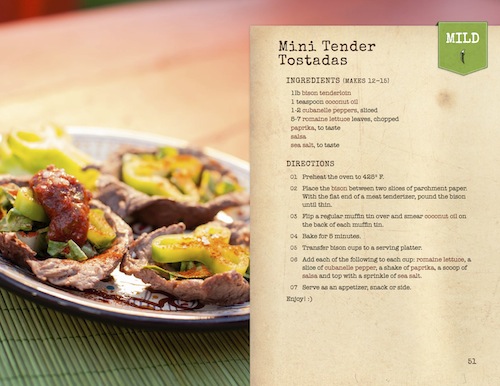 That’s just the start. Los Paleo has 42 full-color, delicious Mexican recipes waiting for you to try & experiment with. Pick up a copy of Los Paleo today. You mouth & your eyes will thank you for it. This is just the beginning.

>>> Check out the #1 resource on the internet for the paleo diet –> Ultimate Paleo Guide.