When we built school #1 in 2012, I was fortunate enough to be able to visit the Guatemala team in Panajachel I’m hopefully going to visit Ghana and return to Guatemala later this year, but since I was in Asia, I wanted to stop by the Laos office and see what they were up to. 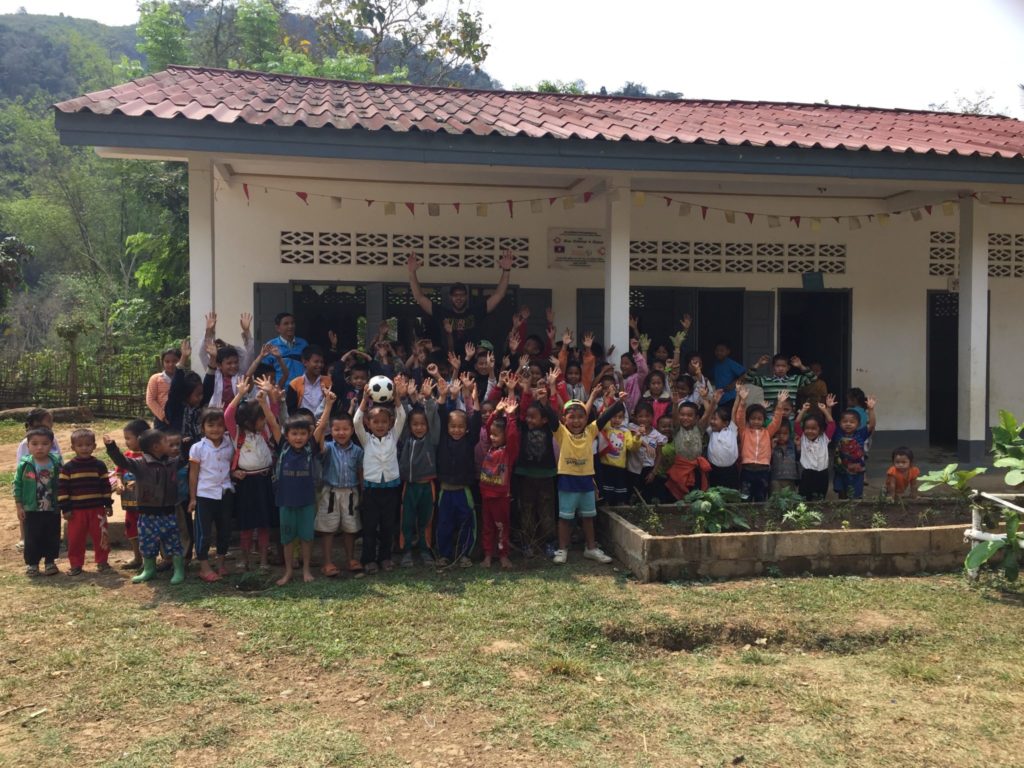 When I showed up in country, Lanoy and Moriah were ready to show me around. Lanoy was the first person Adam worked with on the ground in Laos and she would just rave on and on about PoP. Her enthusiasm is contagious 🙂

First up, School #1 – the first one PoP ever built when Adam built when he started Pencils of Promise. This was both the first build and one of the one where PoP students have graduated and continue to grow. Pretty cool to see kids benefits 9 years later.

I got a tour of the grounds, spoke with some of the teachers and the principal of the school, and played some soccer during recess (I scored a goal and our team won obviously – I’m not losing to a bunch of kids). 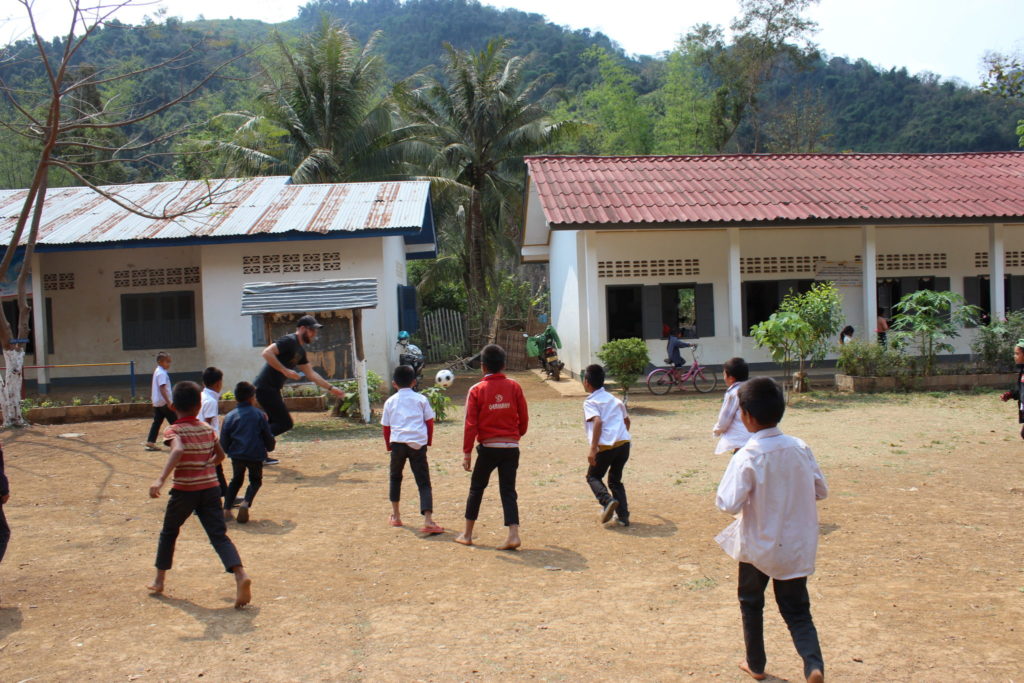 They’re all pretty good sports, because no one was that upset post-game. Also, can I give a shoutout to the dude in the Gangnam style shirt? Dude is stylin’. 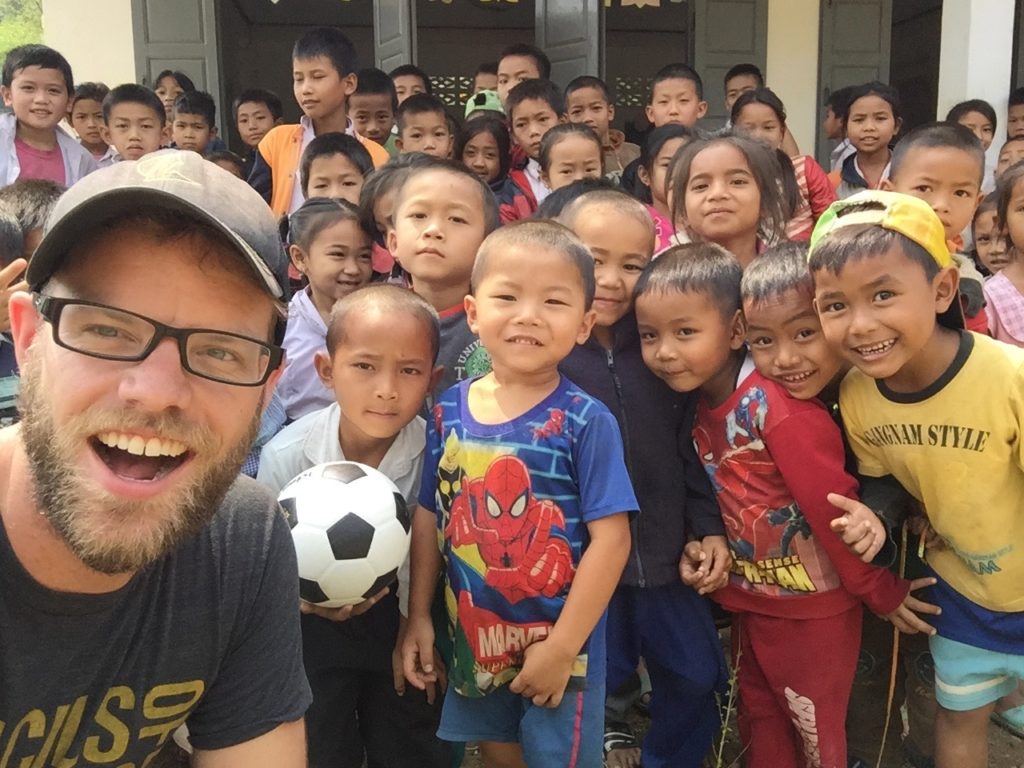 Afterwards, we headed to the site of another school community. We showed up in the middle of a build. While there were some school facilities available, some of the kids were basically learning in an aluminum covering with desks in it while the new build was being finished. No lighting, no windows, no flooring. Just a blackboard, a teacher and a desk.

When you see stuff like that, you realize how many things like basic schools structure make an impact on the ability for students to actually learn. So, when we headed to the site of the new school construction, even though they were only in the foundation-laying phase, you got such a better appreciation for what was actually happening. They weren’t just building a school, they were building opportunity. 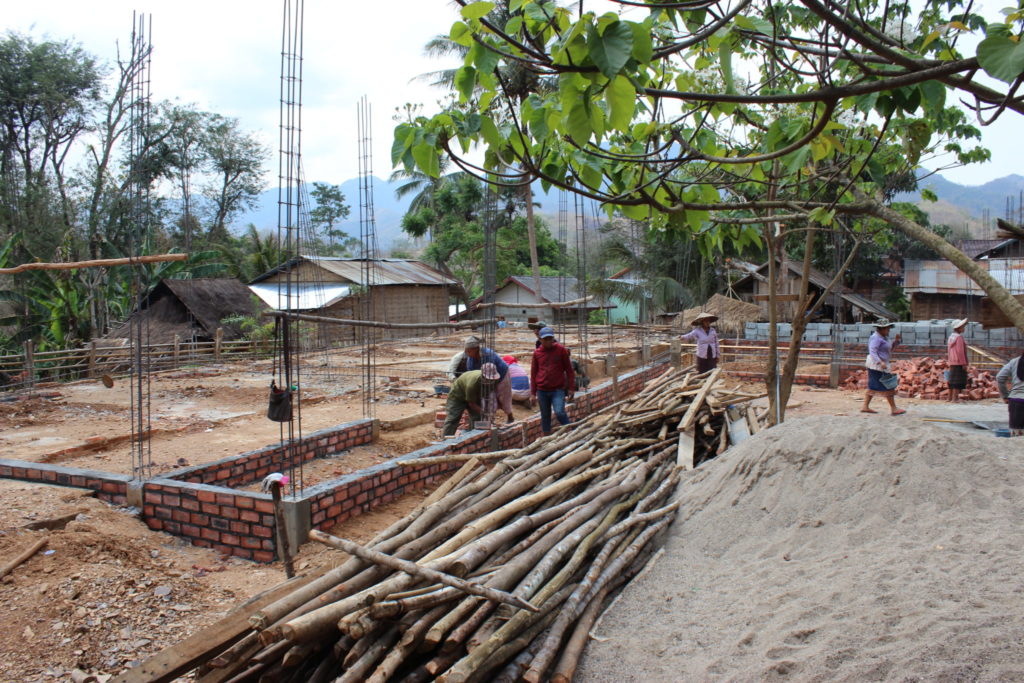 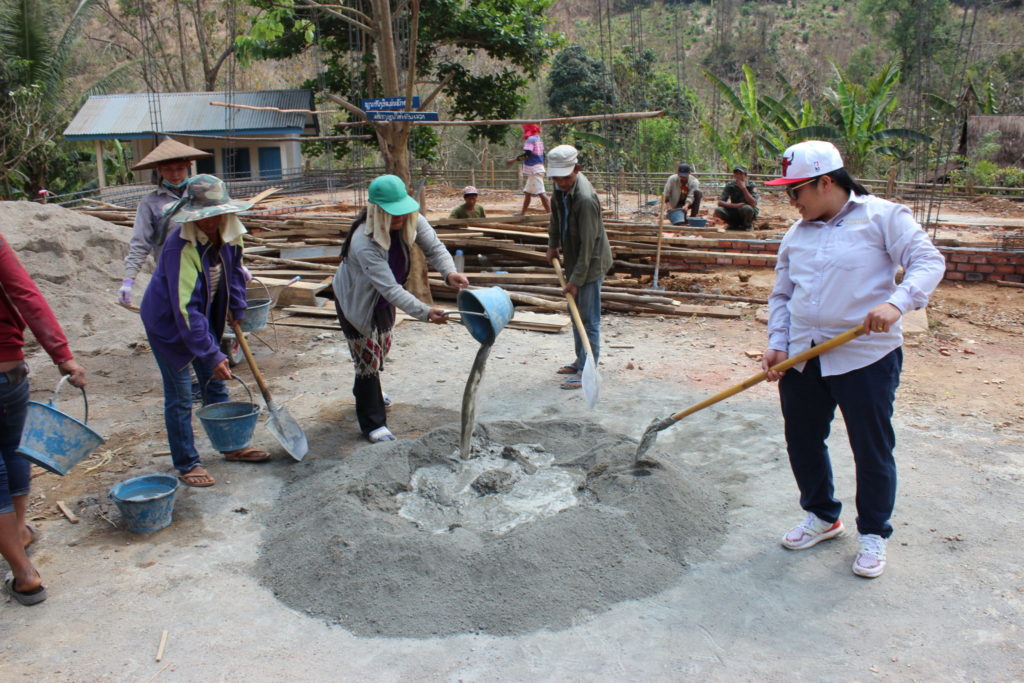 I got a chance to mix some concrete (I’ve done this before, volcano-method for-the-win), the large majority of the workers aren’t paid, but rather people from within the community that are working for free to build their school for the kids. How cool is that?

After that, we headed back to the PoP Laos where I got to meet the team on the ground that’s putting in the work every day in country. One of the things PoP has worked hard to do the past few years is to have the majority of in-country staff run by locals. That means that while there are a few people in Laos from the NYC office, the majority of the people the run the PoP office are Lao people.

After meeting the team, sharing with them what it’s like to run in Antarctica, we wrapped up the evening with a game of bocce ball, which apparently is huge in Laos and which apparently I am terrible at. 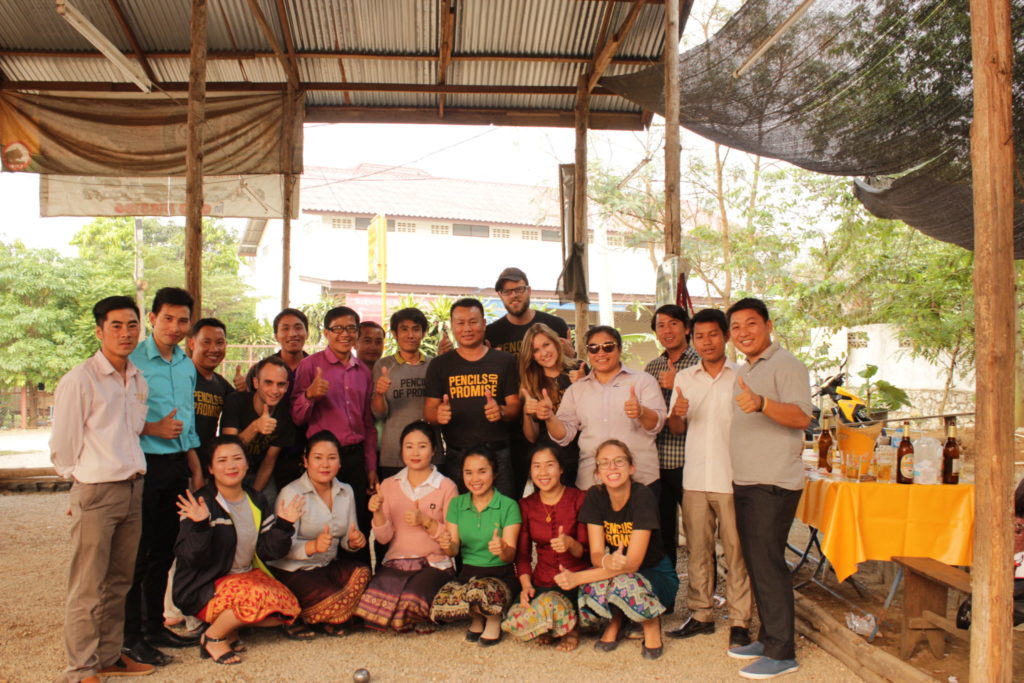 When 777 is finished, we’ll have 2 schools in Laos, Ghana and Guatemala (plus one wherever) in addition to our school in Guatemala. IMPOSSIBLE? Nah 🙂

It was incredible to be able to meet the team on the ground in Laos. To be honest, my legs are a bit tired. After nine months of constant travel and running, I’m a little worn out both on the traveling and on the running front, but getting to see the work-on-the-ground that the PoP team is doing makes me remember why I’m doing this in the first place and is invigorating as we’re heading into the last week here.

When things get tough and you want to quit, remember to make sure you have a good reason why.

Speaking of reasons why…

As as a final push to our fundraising, IMPOSSIBLE will be matching every donation $2:$1 so every dollar you donate turns $3. With that in mind, we’ve raised $139,842 and to finish the campaign, we need to finish raising $10,135. We’re so close!

One of the principles at IMPOSSIBLE is to do something. Most people wait their entire life to make an impact. They put it off because they don’t think they’re qualified or what they do will make an impact. With 777, you have the chance to literally 3x your impact and change hundreds of students’s lives around the world.

The 777 Project is an endurance, adventure and philanthropic initiative by Joel Runyon & IMPOSSIBLE to run 7 ultra marathons on 7 continents in order to raise money & awareness to build 7 schools with Pencils of Promise and provide opportunities to those for whom a basic education can be impossible.

As of this post, I’ve run 6 ultra marathons on 6 continents and we’ve collectively raised $139,842 – enough to build 5 schools – and counting! You can see previous races recaps + videos below.

I am matching all donations through IMPOSSIBLE through the end of the project $2 for $1. If you’d like to get involved, you can donate here and I’ll match each dollar of your donation with $2 of my own.