You are here: Home / Hustle / The Wolverine Principle: What Hugh Jackman Can Teach You About Doing Great Work

In 2000, a short 15 years ago, the epic movie that likely initiated the current flurry of new superhero blockbuster movies every other weekend, was released.

Yup, the original X-Men movie came out. 15 Years ago.

There’s been a trilogy, a few Wolverine spinoffs and a “new class”, and throughout all the films, Hugh Jackman has been the constant character as Wolverine. He is the ONLY actor to be in all seven movies, and he’s rumored to be in the next sequel as well.

If you just say the name “Hugh Jackman”, you might even think of him like this (photo taken from the latest (7th!) film in the series). 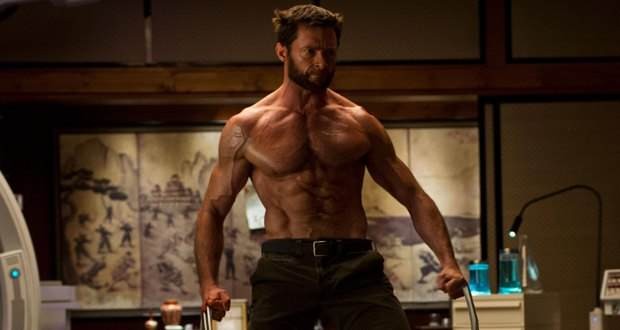 The dude is jacked beyond belief; he’s got veins popping everywhere and he’s got the type of finely crafted beard that only comes if you’re ACTUALLY part wolverine.

One could say he was born to play Wolverine, right?

Now let’s get real–Hugh probably got the part because he popped out of his Mom with his veins pumping, and a skeleton already infused with some pretty sick Adamantium claws.

I mean his last name is “JACK-MAN!” Really?!

It’s the only thing that makes sense! He had to have been born with this “talent” because God loves him WAY more than anyone else, and the rest of us including poor little you, are destined to be skinny little weaklings because you’re not blessed with his amazing genetics.

Are you tired of the whiny rant? Yeah, me too.

Seriously though, this is how most people think about their life’s work. Doesn’t matter if it’s talent, careers, fitness, or just having “success.”

“Successful peoplee” born with adamantium claws, and “you’ve” been banished to maybe the skill level of Aquaman (if you’re lucky.)

But what if I were to tell you it’s not like that?

What if talent, success, and optimal fitness AREN’T as pre-dispositioned by the genetics that everyone else conveniently has, except for you?

What if it takes something else? Something more?

With that in mind, lets take a second look at this genetically enhanced mutant named Hugh Jackman – the one “so blessed” to come out of his mother with ripped abs and a perfectly trimmed wolverine beard of a five-o-clock shadow:

This photo comes from the FIRST X-Men movie (remember, 15 years ago): 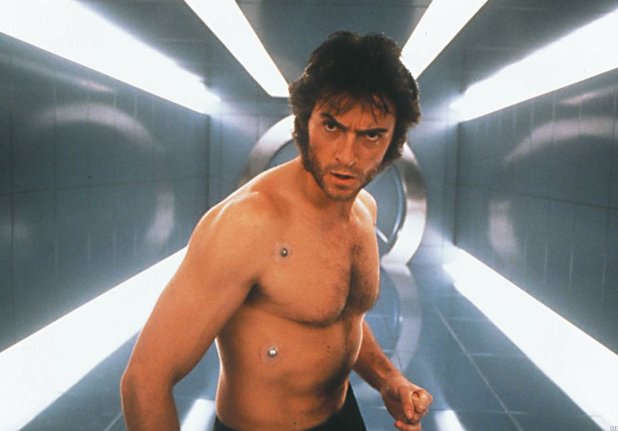 That’s actually him in the first movie – it’s not a bad impersonator – I promise.

If you’re seeing what I’m seeing, in the first X-Men movie he looks nothing like Wolverine does now.

He doesn’t even LOOK like Hugh Jackman! No, actually he looks like a BAD Hugh Jackman lookalike, that’s doing a BAD impression of Wolverine for a children’s birthday party on Halloween!

Again, for laughs, let’s take another comparison between the two:

It’s taken 15 years, and his physique has COMPLETELY changed. His looks have become more “wolverine-like” over time, AND he embodies his character better now than ever before. His physique, his attitude, his personality, and even his career, has all evolved to be more like wolverine.

With this as our base, I’d like to introduce you to The Wolverine Principle:

Progress is exponential so the more you immerse yourself over an extended period of time, the more noticeable progress you’ll be able to see.

I know this sounds incredibly simple, but it’s a principle that’s easily forgotten. See, we’re talking about the change that can happen over a year, or five years, or even ten or more years. This isn’t the “overnight change.”

It’s the same thing that causes people to stop exercising because they “don’t see results” from day to day. But if they were to compare a picture of themselves three months ago to a picture after three months of hard work, the change would be completely evident. So regardless of whether you’re a comic book fan, a Jackman fan, or you simply know “a fan”, there five things you can learn from the basics of the Wolverine Principle.

1) Just Start With What You’ve Got

Believe it or not, Hugh Jackman was 31 when he first played Wolverine. It’s almost laughable when you compare the picture on the left to the picture on the right. He’s 45 in that picture. It’s a perfect example of how just starting will put you light years ahead.

The point is that back then, Jackman wasn’t anywhere close to the physical shape he is now. But it didn’t matter.

He STARTED with what he had, and then worked at it. It may not have been exactly what he wanted, be he trusted himself. It ended up being good enough to jumpstart a trilogy, and to lay the groundwork for the current superhero movie craze.

He turned a simple “start” into a career with one character that runs over seven movies (with more likely on the way), over 15 years, and a bunch of money in his bank account. But he had to start somewhere.

Start with what you’ve got. “Get scrappy” if you have to, and use what you learn to take the next step.

The first three X-Men movies were passable. The spin-offs and new class series have varied in awesomeness. There have been plenty of hiccups in continuity and script-writing, not to mention a number of director changes, which has at least in some way affected the overall vision of each film.

But Wolverine has been constant.

He gets a little bit better in each movie–his acting, his physique, his personality, his wolverine growl…

Wolverine is jacked – so Hugh Jackman has to get – quite literally – jacked, hence earning him the nickname  “Jack-edman”.

And it’s not CGI.

Jackman is human. He can’t take a magic serum or pill. He has to actually put in the work. And it’s A LOT of work.

In other words, he wouldn’t be quite the jacked man if he didn’t put in the work.

There are dozens of articles on Jackman’s training routines & schedules, along with this awesome tweet from Hugh himself:

If the bar ain't bendin, then you're just pretendin #xmen #daysoffuturepast pic.twitter.com/7sDhbPNNUm

Sometimes even for superheroes, the biggest superpower is just “hard work.”

Put in the work. There’s no substitute for training.

4) Don’t Play A Character–Become It

If someone said the word “wolverine,” you’d probably think of Hugh Jackman before you think of anything else–including the actual animal itself!

Hugh Jackman IS The Wolverine.

There is no one else.

If you want to become something, you can’t just pretend.

I posted this the other day and I think it’s one of the most motivating kick-in-the-pants you can listen to (slight language so put your headphones in at work).

Your Monday morning motivation. Get after it this week. (Heads up: #nsfw language). #rip #greggplitt #fitness

For a slightly more SFW and picturesque version of this, see this note:

This week's motto: "BE IT." Stop wishing. Stop wanting. Stop hoping. Whatever it is you want to be, just BE IT.

p.s. If you’re not following me on instagram (here), you’re missing out.

He’s the image of Wolverine for many people, no matter what comic books series you read as a kid – because he’s so completely become his character.

This is different than faking it till you make it. If you want to BE something, the only thing standing in your way is YOUR decision to be it.

Whatever it is you want to accomplish:

Make a goal, set a plan, execute, and become it.

In the comics, Wolverine is immortal; he never ages and he has super-healing powers. I’m not sure that Hugh has figured that part out quite yet, but one thing is for sure:

I don’t know his future career plans, but he’ll probably keep playing Wolverine until he’s 60, and continue improving his portrayal of the character as time goes on. That’s exactly what he’s done so far.

You don’t have to be Superman to do great work – sometimes it’s better to be like Wolverine, and master it over a lifetime.

Progress is exponential so the more you immerse yourself over an extended period of time, the more noticeable progress you’ll be able to see.

If you’re not where you want to be yet, keep at it; this guy sure did. 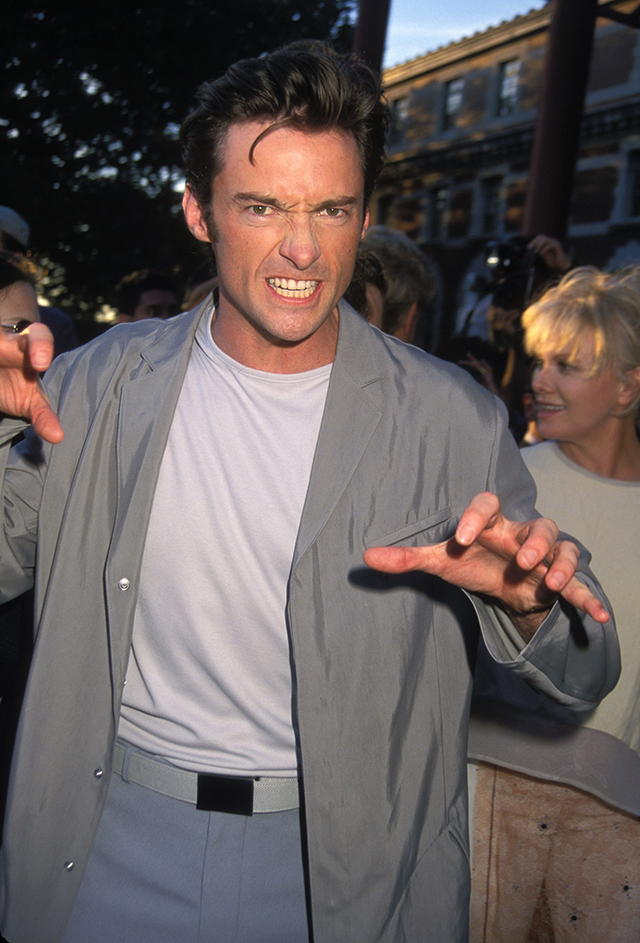