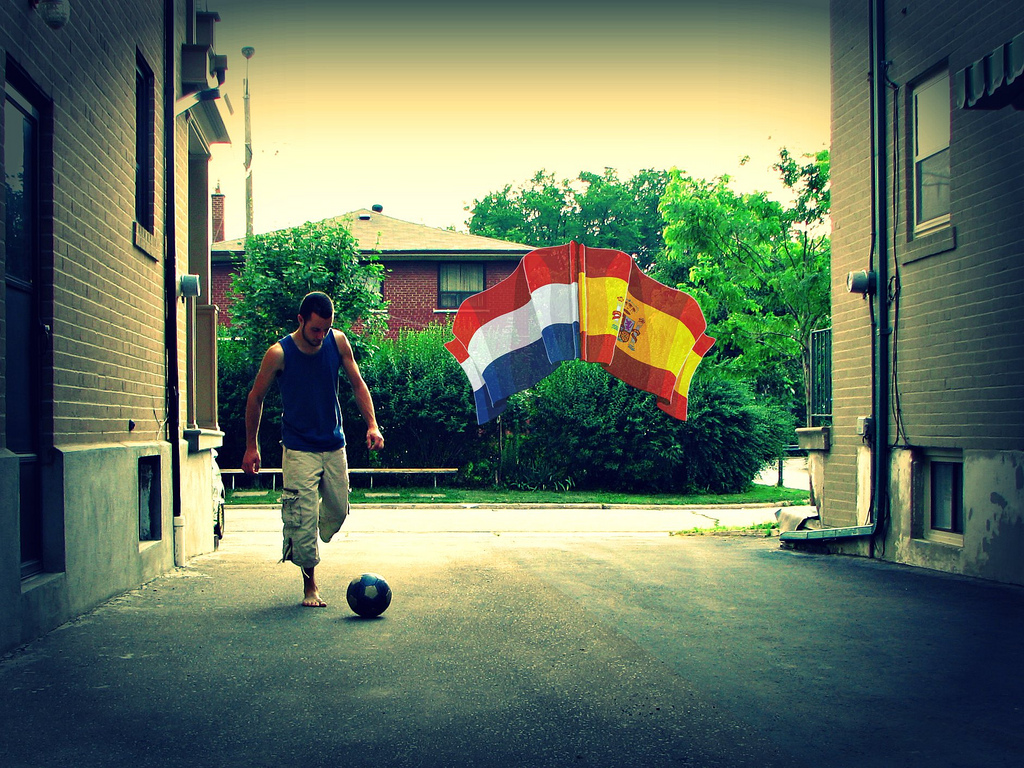 I have to admit, I haven’t watched much of the world cup this year. It’s not because I don’t like soccer. In fact, since the last world cup, my appreciation for soccer has skyrocketed. I’ve really come to enjoy the patience, teamwork and technical skill that soccer requires. While I hate the flopping that goes on [although headbutts are entertaining] I love how soccer [and sports in general] have the power to bring people together. I’ve been to Europe, The Caribbean, and South & Central America and even if you can’t speak the same language, if somebody pulls out a soccer ball, to play, everything is good.

So it’s not because I don’t like soccer that I haven’t watched many games, it’s just not having a TV makes it fairly hard to watch games. That combined with my current schedule of working, training, blogging, and occasionally sleeping [when I’m lucky] makes it hard to fit in much else. However, tomorrow, I’m making an exception. I’ll be watching the game start to finish. Why? A couple reasons:

I’m 1/4 Dutch so this is probably traitorous to say that, but back in 2008, I spent 6 weeks studying and traveling around Spain. I absolutely fell in love with the country, the culture, the food and of course, the futbol (soccer). Just about everything about the place. I was there when they won the Euro Cup in 2008 and saw mobs people fill the streets cheering while waving around the Spanish flag. The atmosphere was electric, I can’t imagine what it’s like there now.

Soccer can definitely bring people together, but when it comes down to a game like today, you have to choose sides. I’ll be rooting for Spain. =)

Who are you rooting for? Spain or Netherlands?