You are here: Home / Fitness / You Only Have To Beat An Excuse Once 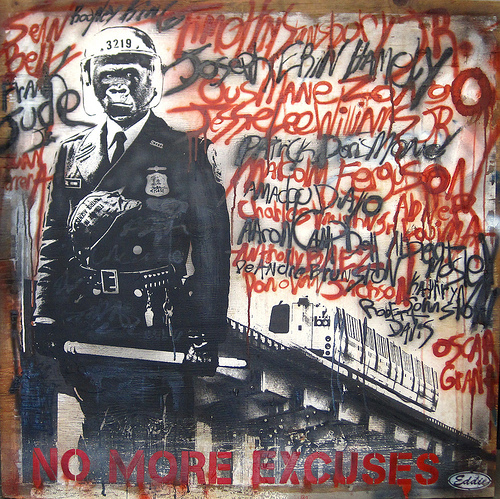 You Only Have To Beat An Excuse Once

The new year is here and everyone is talking about their new year goals, what they want to do, and how they’re going to dominate the new year. Unfortunately, it’s become cliché to point out that when it’s time to take action, most people falter.

They all run into the same problem: They get very excited about their goals but the work is hard, and that’s frustrating.

Who would have guessed? Work is hard. Darn.

That’s the reason I tend to avoid bucket lists. People get all excited about the idea of accomplishing the things they’d like to do someday but they conveniently forget about the actual work that those accomplishments will require of them.

They haven’t counted the costs associated with accomplishing what they want to do. So, instead of actually paying the costs, they make up lots of legitimate sounding excuses:

This is what your inner monologue is really saying:

I might as well give up if there’s an available excuse because that’s easier than actually doing the work.

If you’re committed to thinking like this, please close the browser, unsubscribe, crawl in bed, and go back to sleep. Because if you stay like this, you’ll never do anything, and you’ll always have something to complain about.

Life isn’t all unicorns and candy corn (and that’s a good thing too because candy corn sucks).

If you want to do something impossible, you’re going to have to do hard stuff – stuff that isn’t always fun.

But, in exchange for that, you get to do stuff that most people only talk about doing.

The Stupidest Logic In The World

90% of people (maybe more) use the worst logic in the world. They give up before they even start, and create mutually exclusive scenarios that really make no sense at all:

Of course, these don’t make any sense at all if you spend more than five seconds thinking about them:

If you’re not dead, you are still capable of something. So you can either complain that you weren’t born with incredible innate skill, or you can do something about it.

You Only Have To Beat An Excuse Once

The funny thing about excuses is they don’t put up much of a fight. If you try to combat them, you can usually succeed (with surprising ease). And, once you’ve done that, that excuse usually loses its power.

Even so, people are held paralyzed by this belief that you have to do everything or else. They think they have to climb mountains, but all they have to do is prove the excuse wrong one time. You only have to beat it once.

Because once you beat an excuse one time, whenever that excuse pops its head up in the future, you can tell it to pound sand. It doesn’t matter what that excuse says because you’ve already beaten it.

Once you’ve done something, your mental arguments no longer hold any power. It’s been done. There’s a historical record of it, and that’s proof that the excuses your head tells you can’t be trusted.

So how do I get started?

That’s easily the number one question I get asked, and it’s got the simplest answer.

No one likes my answer because it’s not a twelve step process or a workbook you can waste time filling out because you’re secretly looking for a way to procrastinate.

One of you is going to try and be really clever and say something like “running five miles takes longer than five minutes, so I can’t do it now.”

Putting your shoes on takes less than five minutes (even if your mom still does that for you). So stop worrying about the five miles, put your shoes on, and get out the door first. Then worry about your five miles.

You only have to do it once before you realize that your mind is just playing tricks on you.