You are here: Home / Adventures / A Brief Guide To Bravery

Spoiler alert: You don’t have to be brave to do brave things. 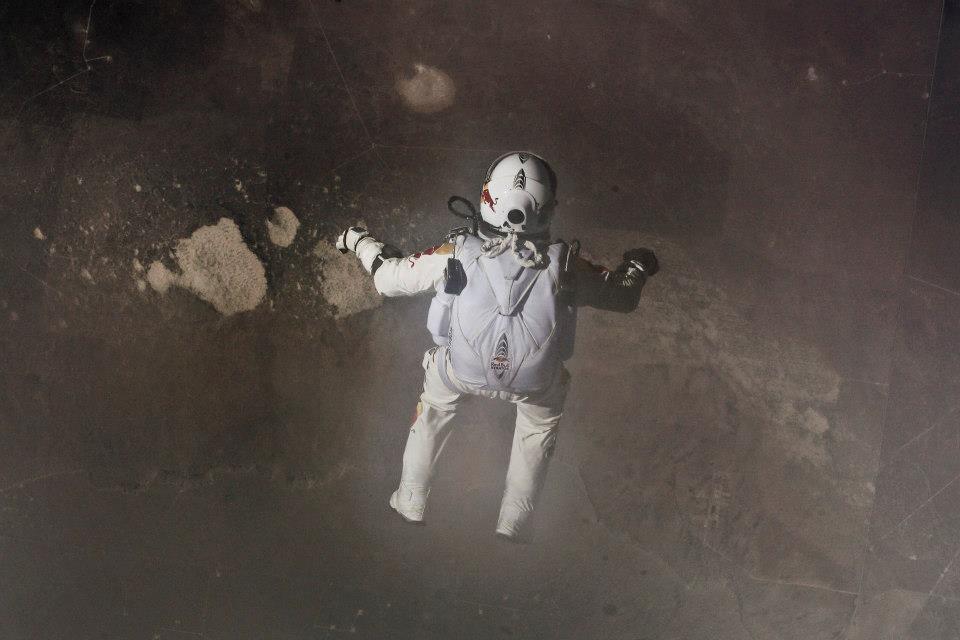 There’s this misconception that you have to be brave to do brave things. That’s a bunch of crap. There aren’t brave people – there are just people who do stuff that scares them and people who let fear tell keep them from doing things.

When you first start anything, you usually suck at it – quite a bit. Over time, if you keep practicing and improving, you’ll begin to suck less and less and less until eventually you become mediocre.

It’s only way to do it. The alternative goes something like this.

Not necessarily a great way to go about life.

How To Be More Brave 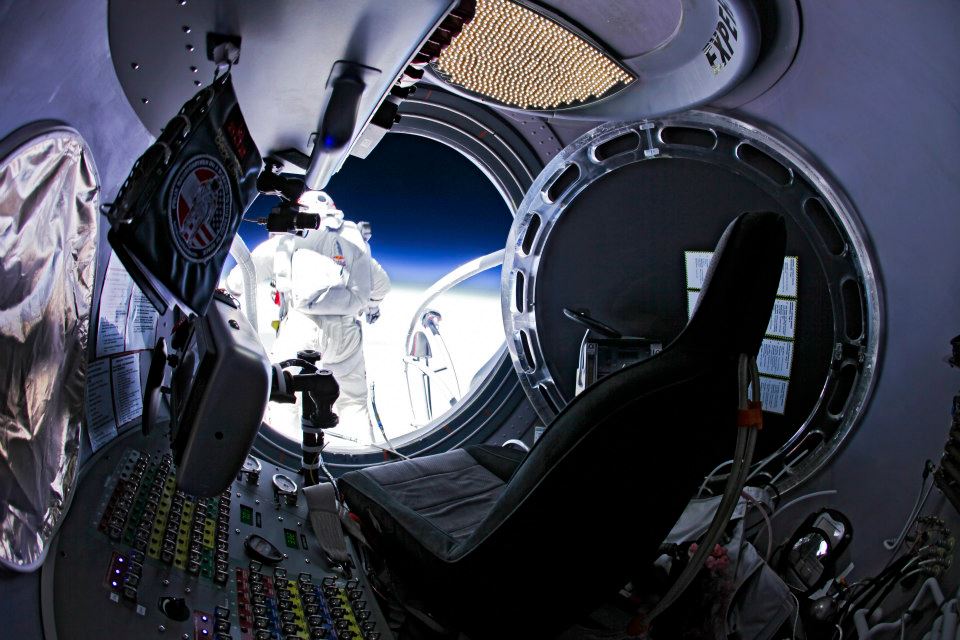 I spent an inordinate amount of time this past week watching Felix Baumgartner float up 25 miles above earth in a balloon, step out and fall to earth for 10 minutes.

You want to talk about brave? That guy had to have balls the size of Texas.

Felix didn’t do the mission because he was brave – heck the suit and capsule made him claustrophobic.

“Fear has become a friend of mine,” he said in a statement. “It’s what prevents me from stepping too far over the line. On a mission like this, you need to be mentally fit and have total control over what you do, and I’m preparing very thoroughly.”

The entire mission was oen big gut-check. Of course after working 7 years to get to that point, you can’t very easily climb back inside the capsule and ask them to let you come back down. But, every single step until he stepped off that platform and squared off with the earth 25 miles below was a gut check.

“I know the whole world is watching now. And I wish the world could see what I can see. Sometimes you have to get up really high to understand how small you really are. I’m going home now.” — Felix Baumgartner

Then he stepped off and began a 10 minute long adventure.

The One Step Guide To Bravery 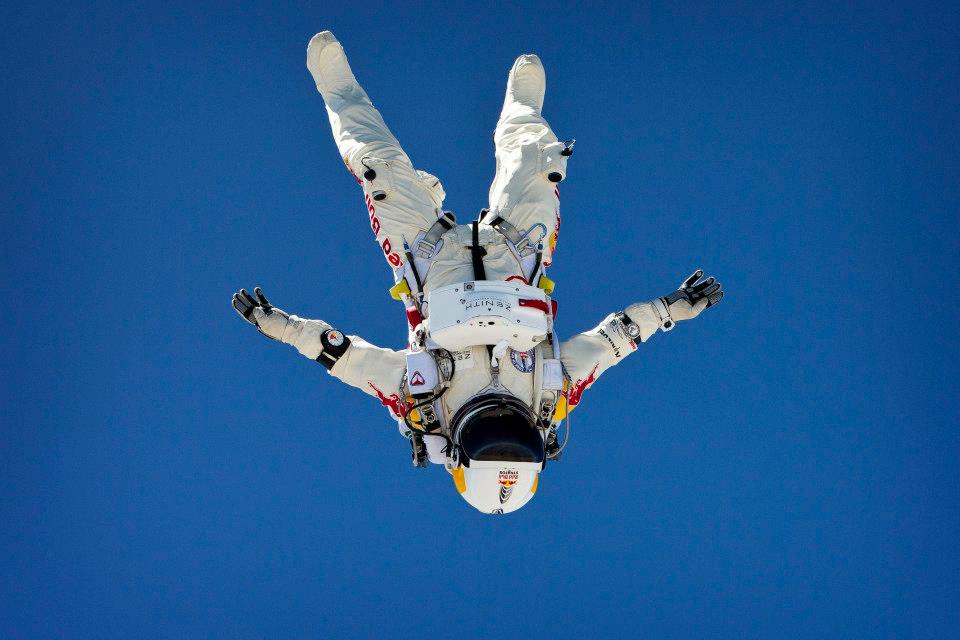 "Learn to love what you've been taught to fear." -Felix Baumgartner

“Learn to love what you’ve been taught to fear.” -Felix Baumgartner

Remember: You don’t suddenly “become brave” and then decide to go do something.

Bravery is based on what you do – not how you feel.

If you want to run an Ironman triathlon but don’t know how to swim, do an indoor triathlon. If you want to jump from the edge of space, google the closest skydiving center near you.
When you do, you’ll get a little bit less afraid and a little more brave.
Start as small as you need to, but start.

What If You Don’t Feel brave?

Be brave. Even if you’re not, pretend to be. No one will know the difference.

I would bet money that Felix’s stomach was in his throat when he decided to step off that platform. But he did it anyways and nobody will ever know otherwise because he still jumped.

The idea that you have to be “ready” to do big things or try new stuff or do something you’ve never done before, is crap. Practice sure, but you don’t have to wait until you fell “ready” (spoiler: you never will), and you don’t have to “brave”.  You just have to do it. 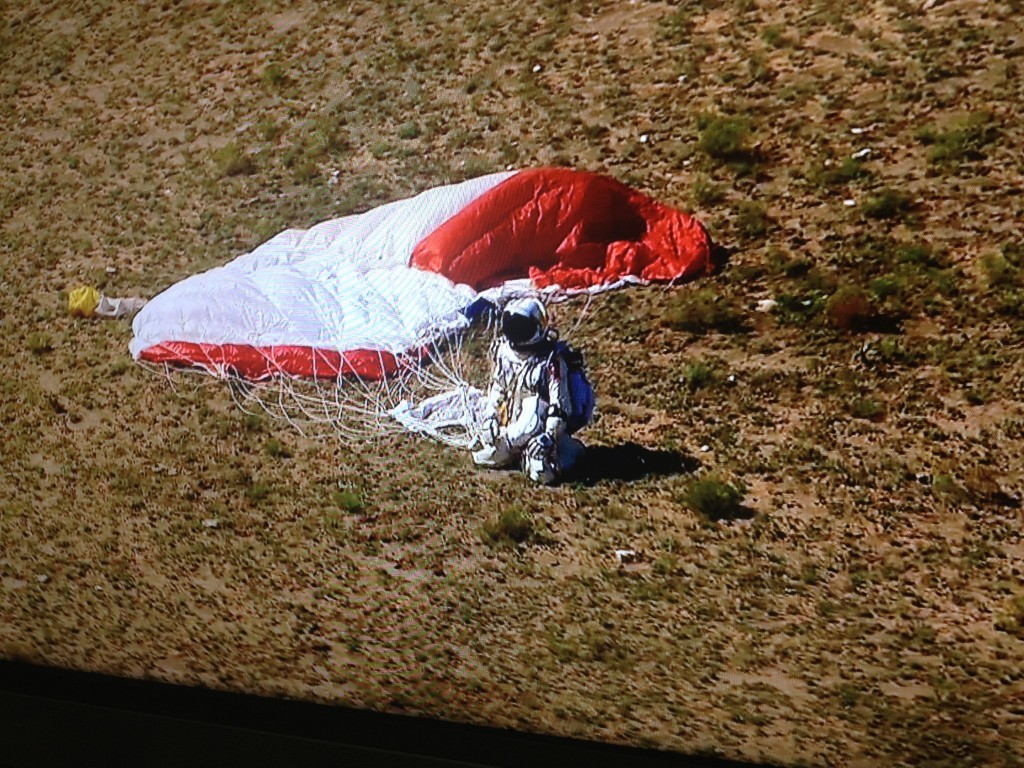 Be brave. Even if you’re not, pretend to be. No one will know the difference.

Go do something that scares you.