The greats weren’t great because at birth they could paint / The greats were great cause they paint a lot – Macklemore & Ryan Lewis, 10,000 hours

I like to think that I get a lot done. I’m working on getting a lot more done.

I believe that the more you do and the faster that you execute, the faster you’ll improve.

In other words, I believe that if you’re prolific, you produce quality work much faster than if you try to be perfect. Why? The entrepreneurs I know tend to have a connection between being prolific and obsessing about revising it until it’s perfect in an almost addicition-like attitude towards their business. 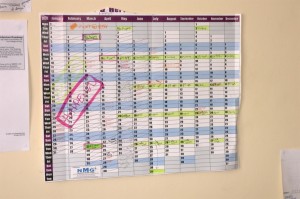 There’s an interesting correlation between entrepreneurs, obsession, and addiction here, but that’s for some psychologist to break down and a whole other post in itself.

A few of the things I do on a regular basis.

There’s a lot of stuff on my plate. I’m working on outsourcing some of it, but I’m also working on adding more to my plate. It’s a handful (or two), but there are three things that enable me to do this:

In this article I’m going to talk about batch tasking.

Batch tasking means doing many of the same type of thing at once. Basically instead of hopping around from task to task throughout the day, you take a bunch of similar-typed work that takes the same tools and do it all at once.

Half the resistance is just getting started. Once you get started, everything else comes easier. If you do something once, it’s not that much harder to do it a second time. The setup and teardown is half the work – once you’ve done that, the actual work is easy.

This is why Workstation Popcorn works so well – deciding what to do is half the battle. Once you have that figured out, actually doing it isn’t that hard.

So how do you make batch tasking actually happen? 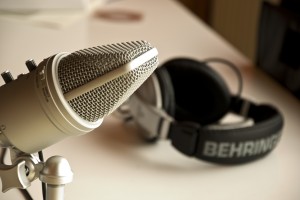 Here are a couple of tasks which I batch on a regular basis..

I shoot videos once a week. When it’s time to shoot videos, I set up my video camera, white board, tripod, and lighting and get to work. I can knock out ten to twenty videos in a few hours. If I tried to do one a day, I’d waste all my time in setup and teardown and would never get anything done – the friction would get in the way of my actually starting.

I tried this with IMPOSSIBLE last year and recorded thirty videos for thirty days. I ended up having 188,000+ views on that channel after not even publicizing it that much. Maybe I should do more video!

Then I took the same format, applied it to a simple, topical site, and now we have a daily video and podcast series there. Each day, a new episode comes out just like clockwork – not because I’m doing it every day – but because I’m batching them.

h/t to Elliot Hulse for being the example that I followed here.

I work out of coffee shops a lot, so when I’m home and I have my podcast gear all set up, I try to fit in as many podcasts as I can. I have a certain day (Friday) that I try to get interviews done on. And I stick to it.

Note: you have to plan around this. I recently had a new podcaster reach out to interview me. When I told him my availability he just said “oh, I guess it won’t work out” rather than offering up new times. Don’t do that!

I tend to get into a zone when I write. I write consistently every day but I find that > 50% of my posts are written during massive writing bursts when I bust out two to three posts at a time.

I pump out most of my word count in a few short hours. It took me a while to realize this, but now, when I’m workstation-popcorn-ing around town, I tend to make sure that my writing tasks are grouped together and knock them all out as once.

Instead of running in the morning, then working out later, and having to changed, get ready, and stretch twice a day, I group my run and my lift into the same part of the day.

This shortens up my travel time as well as the time I spend on related tasks (changing, stretching, showering, etc).

These are damage control batches. Basically, you make these low priorities. They’re not priorities because you’re not dictating them. You’re reacting to them. You’re acting according to other people’s agendas, not your own.

These tasks should be low priorities that you schedule in once you’ve done everything else that you’ve decided is important to your mission.

The #1 thing most people struggle with when it comes to getting stuff done is clarity of vision on what to do next and which steps to take.

The #2 thing they struggle with is actually doing the things they decide they need to do. They get distracted, bored, or find some other reason not to it.

Simply defining your tasks, objectives, and goals takes care of #1. But batch tasking eliminates all the other hurdles so you’re only left with one: starting.

Once you get over that, you can use that momentum, carry it over to other items, and focus on getting more impossible stuff done rather than spending all your time figuring out what to do over and over again.

Once you got that figured out, get after it and get more stuff done.