You are here: Home / Hacks / Be Your Own Bitch 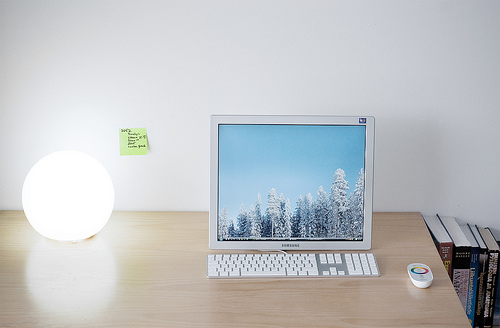 Fred Wilson, a prominent figure in the venture capital/investment community was getting interviewed at the TechCrunch Disrupt conference in front of a group of developers and entrepreneurs. As they were talking, the idea of applications for platforms (companies like Facebook, Google, Twitter) came up and Fred told a short story about his experiences with platforms:

Fred – My friend Seth Goldstein had a company called Social Media that built one of the first ad networks on Facebook, and one day Facebook decided they didn’t really want Social Media to exist, and they didn’t.

Interviewer: What message does that send out to other developers and start ups that they build on the platform? They build business on the platform and then they get the rug pulled out from under them”

Fred: I have a saying, Don’t be a Google Bitch, don’t be a Facebook Bitch, and Don’t be a Twitter Bitch. Be your own Bitch.

Besides providing a great little soundbite for tech blogs everywhere and momentarily stunning his interviewer, I think there’s a lot to learn from Fred’s point [you can watch the full interview here – good stuff at the 23 minute mark].

Whether you’re a developer or entrepreneur or not, I think it’s important to pay attention to this because the one thing I learned about business and life is that lessons can come from anywhere and truth always has applications beyond the field in which you initially encounter it. For instance, I can’t write a lick of code, but Fred’s statement is still incredibly relevant to me because it really comes down to five simple words.

Do what you really want to do.

In everything you do, you have a choice. Every time you delegate that freedom of choice to someone else, you’re voluntarily becoming dependent on them. In Fred’s words, you become someone’s bitch (for lack of a better term).

Anytime you tie yourself into an ecosystem, you become dependent on that ecosystem. If you’re a developer creating something for Facebook, you get the chance to use their platform, but you have to play by their rules and anytime they don’t like you, they can snap their fingers and you’re gone. In this context, it’d be foolish or reckless to place all your bets on one system that can turn it’s back on you at any time. Instead it’s much wiser to develop for whatever platform you want, be adaptable and make yourself the master of your own destiny instead of asking someone else to do it for you.

Most people aren’t developers, but they still act this way. But, instead of creating for Facebook, they’re creating for their job. They place all their bets on one system that anytime you have a bad performance review or the economics stop making sense, can turn it’s back on you at any time. If this were any other system, it would seem foolish, but somehow this behavior has become “normal.” Year after year, college graduates file out of classrooms and into jobs that will put them on a safe & secure career path for the next 30-40 years. Unfortunately, It doesn’t work like that anymore. The average American can have up to 7 new careers in their lifetime. Old-school job security doesn’t exist anymore, only job security 2.0 – a combination of your network, independent projects and your “real” job.

I’m not against working for others at all. I’ve done it for the past 2 years and I’ll be doing it in the future. If your relationship with your work is symbiotic (good for both sides) and you want to stay in it, then by all means, you should stay in it. But, if it’s not a mutual beneficial relationship that’s getting you closer to your goals, don’t do it. Get yourself out of it. It’s that simple. Remember, just because it’s a good job, doesn’t mean it’s a good job for you.

You are always the boss of your own life. Never forget that.

In anything you do, there’s always a bail out clause. If you don’t like something, you can change it.

If you’re a developer, you can develop for Google, Facebook or Twitter or whatever the new hot startup is. Or you can decide to develop for yourself, work on projects you think are interesting and develop for whatever ecosystems you want, whenever you feel like it.

If you’re a not a developer, you can just work for company X or company Y and let them determine the arc of your life’s story or you can decide to work for yourself, find companies doing interesting work and decide that any job you ever take, is a conscious effort to get closer to your goals.

Working for yourself is different doesn’t mean you have to have your own business. It just means you take full responsibility for all your job choices and that you’re doing things because you truly want to do them, not because you’ve bought into someone else’s dream fro your life.

Always be living your life the way you want to.

Your life is your own. Be your own bitch.