Beginner triathlete training for your first ever triathlon? Check out ImpossibleTRI and run your first triathlon in 3 months. 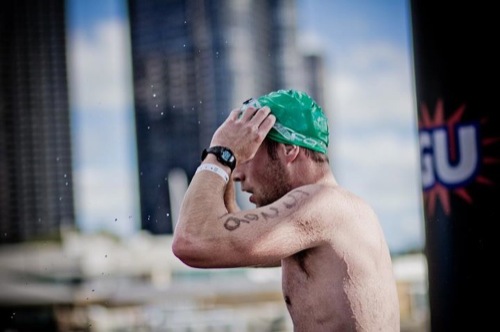 I’m back from the land of Target (aka Targetopolis aka Minneapolis) and things went really well. I’ll do a full write up soon but as I was talking to the Target Triathlon club, I ran into a bunch of first-time triathletes who wanted to do their first race but had questions about it (as do most people when they try out anything new).

Interestingly enough, as they asked questions, I noticed that a lot of their concerns and misconceptions were the exact same ones that I had when I was starting out. While they can be scary and hold you back from actually doing a triathlon, once you get over that and do your first one, you begin to realize that what you think, is a lot different than reality. Unfortunately, those thoughts sometimes keep you back from acting so today I want to bust up 5 common beginner triathlon myths.

Myth #1 I need a lot of really expensive gear to run a triathlon.

The truth – you can spend as much money as you want on triathlon. Like most activities, you can spend thousands and thousands on shiny, new, expensive gear if you want. But you don’t have to. In fact, when you’re starting out – you shouldn’t. You can do a triathlon on a budget. It’s nice to have nice things, but you don’t need to spend 10 grand to get started on your first race. You can get started on your first race with stuff you probably have in your garage – a bike, a helmet, compression shorts, and a good pair of running shoes. If you don’t have a bike, you can borrow or rent one. I did my first race on my brothers borrowed mountain bike and while it wasn’t the best idea ever, it definitely was possible.

Myth #2 I need to look like Lance Armstrong to run a triathlon.

Triathletes are all tall, chiseled, muscly demi-gods who think nothing of running impromptu marathons and swimming across any body of water they happen to come across. Not true. Most triathletes look a lot like you and me. They’re young, old, fat, skinny and everything in between. I guarantee you’ll never forget the first time that you see a 70-year old running by you or when a 250 pound clydesdale zips past you on a bike. Triathlon is one of the fastest growing sports in the nation and people of all shapes, sizes and ages show up to race – not just Lance Armstron and his friends.

The swim is the number one source of terror when I talk to new triathletes. Most people without a swimming backgorund are perfectly confident that they’ll survive the bike and run, even if it’s painful. I had the same attitude. My thoughts towards the triathlon was something like this:

But most triathletes train for years for races, right? Not really. Most sprint races you can train for in 3 months (or 12 weeks). Sure, if you want to do an Ironman and have been sitting on the couch for the last 5 years, you’ll need to spend more time so you don’t hurt yourself, but if you want to do your first race, if you have 12 weeks, you’ll have enough time to get ready!

Myth#5 Triathlons are Impossible For Me

Just because you haven’t done something before, doesn’t mean you can’t go out and do it.

The only way you ever push your limits is by attempting stuff you’ve never done before. There’s no good reason not. In fact, the only way triathlons (or anything) remain impossible are if you let it.

Still have some questions about Triathlon? Impossible TRI is a 3 month training program designed to get you across that finish line and smash any remaining myths that might still be lingering. Find out more here.