You are here: Home / Adventures / How To Not Suck At Waiting 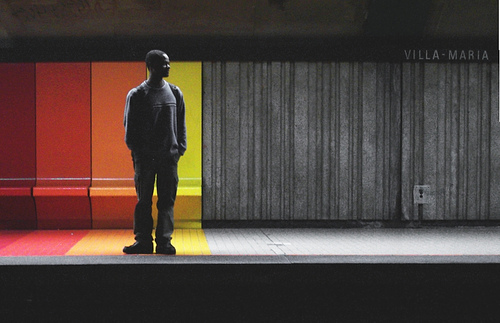 You suck at waiting. You might not, but you probably do.

We wait in life a lot, whether it’s submitting a resume, getting into college or waiting fro the train, it seems like things seem to take  much longer than they actually should, and waiting becomes a massive waste of time.

And that’s what most people think about waiting because with they confuse waiting with doing nothing.

The biggest misconception about waiting is that waiting = doing nothing

So they do nothing, and they waste a huge opportunity. They’re passively waiting, waiting on others and getting mad that their time is being wasted

Of course, doing things and waiting don’t have to be synonymous. There are some things that aren’t in control, so we work on the ones we can with what we have. If you suck at at waiting, here’s how you can switch from passively waiting to actively waiting and get better.

How to Not Suck at Waiting

If in doubt, be overly detailed and make it easy for them to someone to say yes and actually respond to you.

If you don’t know why you’re waiting, you’ll be stuck in some sort of purgatory where you’ll never actually finish anything and feel completely powerless because you wont’ actually know what the process is for ending the wait.

Do some research (see above), and understand the process, schedule or hangup that you’re waiting on.

See if There are Other Ways to Move Forward

Sometimes you’re waiting because you’re trying to overcome an obstacle isn’t an obstacle at all, but a filter to turn away the masses who have too much faith that a stated rule or sign means exactly what it says:

If whatever you’re waiting for, there’s probably more than one way to get what you want. See if you can’t find one.

Open as Many Doors as Possible

If there aren’t any other ways, why not make your own? Or create ones for the future.

Instead of feeling completely powerless, take advantage of the time you have and create opportunities. You’re just waiting after all, right?

Now’s the time to hustle and open doors for yourself and give yourself opportunities beyond whatever point you’re stuck at – no matter what the outcome. Learn something new, read, network, meet other people and build relationships. It’s much more difficult to build doors and open them on command – it’s much easier to build and open them ahead of time for when you might need them down the road.

There’s a temptation to stop doing stuff when you’re waiting. To throw up your hands and just wait.

Keep doing stuff, keep working, keep creating. Carry a notebook and pen on you and write, think or draw if you’re physically stuck somewhere. This is the time when you can catch up and even get ahead.

While other people “kill time” while waiting, you can use that time to think ahead. Plan your next move.

What could go wrong?

What could go right?

How can I be ready for each?

You don’t have to have detailed battle plans for each one, but you should think it through so you can process how to react to them if you need to.

Waiting is a lull in time where it’s easy to turn thinking ahead into worrying about non-existent scenarios you have no control over. If you’ve progressed on something and done everything you can – stop worrying about it – there’s nothing else you can do and worrying won’t help!

Anytime you start worrying, you’re wasting energy about a worst case scenario that doesn’t even exist yet. Repurpose that energy into creating things, actively planning ahead and doing something useful.

You gain nothing by simply “worrying.”

Dont’ be a victim. Take charge of your situation, keep opening those door and looking for opportunities (yes, this is important, so it’s in here twice).

Be Amazing at Followup

Don’t let a poor response from you be the reason why something dies.

Remember all those people you just met and al? Follow up with them. Help them out. Make them successful.

When it comes to your *thing* you’re waiting on – respond as quickly as you possibly can.

When a project has slowed down or they contact you and need more information, it’s easy to let their lack of enthusiasm rub off. Instead of responding to emails, applications and the like as promptly as possible, you let their delay reflect in your response.

Don’t do that. Get back to them quick and be as helpful as possible.

You can’t control how slow their responses are, but you can control how slow yours are. You can save weeks or even months, by simple being better at following up and shortening the length of time that they have in between contacts.

Seriously, don’t do it.

If you do things right, you should hit times where you’re waiting every now and then.

Applications will be pending, documents will disappear into bureaucracy, that stupid train won’t show up or things just don’t seem to be happening as fast as they should be.

Call them what you will – Bruce Lee called them plateaus – but once you get through a waiting period, there will be some more progress and then some more waiting. if you can learn to actively wait rather than doing nothing, you’ll start to not suck at waiting and actually even start to get good at it.

—
Speaking of waiting. After finally getting his Impossible Shirt, Thomas Frank from College Info Geek – he was going to shoot a photo, but he decided to take  it up a notch and shoot his own version of the impossible commercials. I’d explain more, but you just have to watch this. Well done Thomas :).

Got an Impossible Shirt? Do something impossible and take a photo (or shoot a video) and we’ll feature it in our impossible gallery.