You are here: Home / Adventures / The Human Bungee Slingshot (and how to create your own adventure in less than 7 days)

I’ve been on a bit of an adventure tear as of late, and I’ve been keeping most of my adventures to myself (and my instagram feed). However, I’ve gotten quite a few people asking what I’m up to, so I thought I’d share my latest adventure (and some actionable tips on how to make your own adventure in less than 7 days).

I first came across the Human Bungee Slingshot via Devin Supertrap.

As I watched the videos, two thoughts ran through my head:

Thought #2) I should totally do that.

So I decided to talk to a few friends, and see if we could make it happen.

I called a few friends, and jokingly asked if they were interested in going. A few of them actually were, and started scheming about how we could actually make it happen.

They looked up the place, got the info, pricing, and lots more, and less than a week or so later, we started talking about heading out to Utah for a few days. #boom

The slingshot itself was ridiculous: two 60 foot telephone poles and 6 major bungees coming off the poles. The slingshotting guys strapped us into a rock climbing harness, pull us back with a quad ATV about 50 feet, and let us rip towards the mountain. Zero to 50 mph in about half a second.

It was awesome, but it’s probably easier to let the photos do the talking: 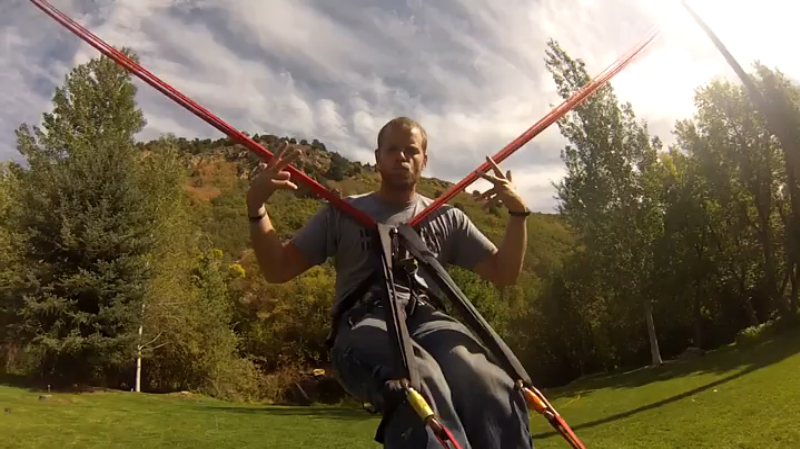 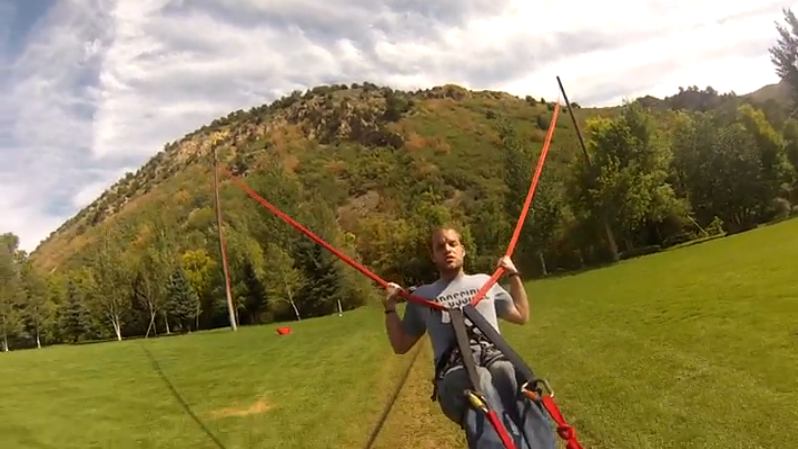 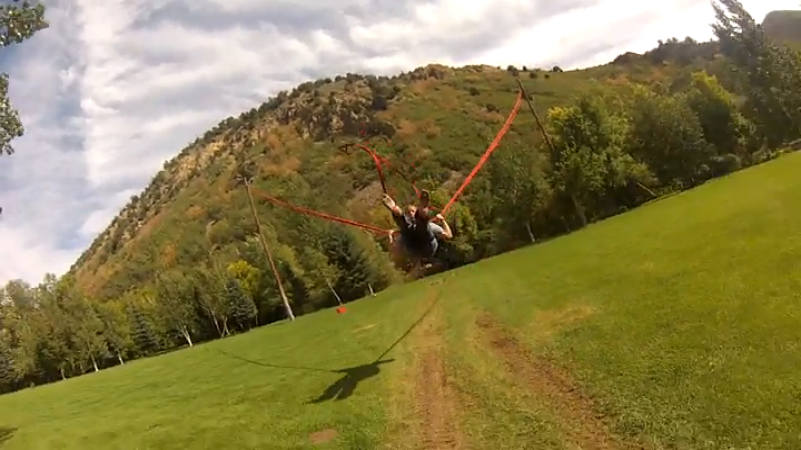 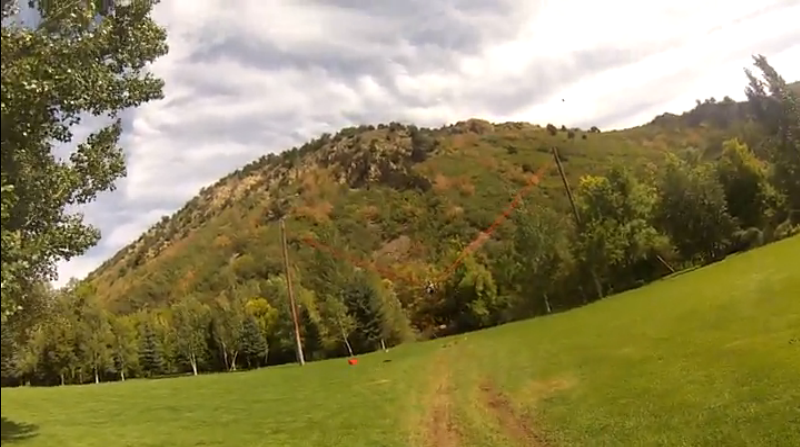 How To Create Your Own Adventure (In Less Than 7 Days)

Now, adventures can be awesome, and you can probably pull off your own one a lot easier than you think. Here are a few tips that might be helpful:

It’s easy to look at a video on YouTube or in a blog post, and say, “I want to do that.” It’s another thing to actually make it happen.

Often, the only things keeping you from taking that next step are being curious, and asking the first questions:

Once you figure those things out, the rest sort of follows along quite easily. But you have to be curious to figure it out.

→ Be curious. Ask the next question.

My friend Kesav was actually the one who suggested we go. A few years back, I made the decision to say yes a lot more. This tends to make for more good decisions.

So, when K asked me to go, I immediately said yes. And, as soon as I did, the ball started rolling.

Making it out to Utah from Chicago for a couple days sounds tough, but it’s really not that hard. If I learned anything from Adventure Roulette, it’s that all you have to do is buy the ticket, and get on the plane. Most of the things you want to do and places you want to go aren’t more than a couple of flights away.

→ If you decide to figure it out, you usually can.

We had a couple people who committed to coming, but who weren’t able to show up for various reasons. That didn’t matter – we still had a solid group of people who were ready to strap on the harness, and go flying.

It wasn’t that they did anything special, or that they had an extra sense of adventure; they just followed through – they said they wanted to do it, and showed up.

→ Show up – the people who tend to show up have more fun than those who stay at home.

Be scared, but do it anyway

I’ve recently accepted that I might have something wrong with me. I’m a glutton for punishment. I like doing stuff that scares me. Just a couple years ago, I was scared of almost everything, and let that stop me from doing things. Over the past few years, I think something has snapped, and now, instead of letting things that scare me stop me, I use them as a signpost to keep going.

There are few things as cool as seeing someone scared out of their mind to take a risk – but deciding to jump anyways.

It’s one thing for someone with a dulled sense of fear to do something crazy or stupid. It’s another thing to see someone face something that’s legitimately terrifying, and step up, and do it anyway.

→ Be scared out of your mind. It’s okay. But do it anyway. It’s better than living a life in draft.

If you’re interested in going human slingshotting, we’re going to be doing group adventures like this (similar to what we did with bungee jumping and skydiving). If you’d like to be a part of this, simply sign up here in order to get a personal invite from me for the next ridiculous Impossible Adventure.