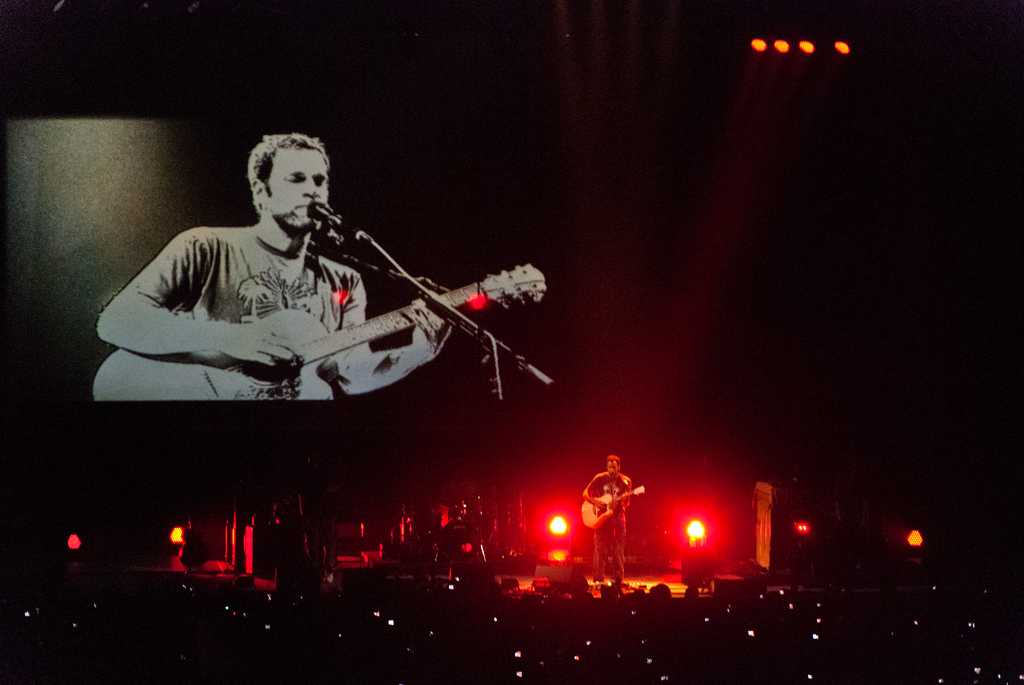 I went to a Jack Johnson concert this past weekend. Needless to say, Jack was fantastic. He played for a few hours, had G Love open for him and Jack ended with “Better Together.” Great concert. People were singing along, everyone was happy and everything.

Then the concert ended.

Suddenly the concert turned into a mad house. People dashed for their cars in hopes of beating the traffic jam. [Obviously the easiest way to avoid traffic is just to bike or walk there – in which case Tammy Strobel has you covered, but I drove]. Still, while everyone else sat in traffic for 30-45 minutes, we got out in less than 10 minutes because of these 5 lessons:

There’s always a different way. When we first got into the car, nobody would let us out of our actual parking spot and into the line that was wrapping around the end of our aisle. After they made it down to the end of our aisle, it emptied into one main funnel to leave the concert.

After staring at the car in front of us and seeing that neither one of  seeing that neither of us were moving and that even if we were, they weren’t going to let us in, I decided to check out my options. I looked behind my car and sure enough, there was an open path behind us leading right to the main exit. I shifted into reverse, backed up right into the main funnel exiting the lot. I cut out what had to be 20 minutes of just sitting around by not following the crowd and making my own way.

If You Want Something, Take It

How much time do you spend waiting for something to happen to you, when you just need make it happen yourself?

This is actually pretty out of character for me. I’m all about respect and I’m not in anyway suggesting you be a jerk, but there are ways to be aggressive and go after what you want without be a douchebag about it. Honestly, the person doesn’t own that space in front of their car. It’s fair game. Be aggressive. Be respectful.

For the record: I’m not a fan of cutting people off or those people who see that their lane is merging but drive all the way to the very end anyways to bypass traffic and squeeze in at the last second. Don’t be that guy, but you can look for empty space and when you see it and want it, you can slowly, confidently move in and assert it as yours.

Lots of times people aren’t paying attention because they’re focused on the frustration of the situation rather than the opportunities available. Other people are just waiting around waiting for someone to lead and take charge. You can be that person, but nobody will tell you that. Nobody will delegate that position to you. You have to decide on your own to be that person and take that responsibility. When you see an open space/new opportunity go for it. Don’t wait for someone to tell you it’s okay, just do it!

Gary Vaynerchuk has a great video on this. If you want something, take it. Make it happen

It’s okay. Seriously. Have you ever seen dozens of people doing something incredibly stupid for no apparent reason and asked yourself the question “why is everybody doing that?” only to go ahead and do the same thing just to avoid being different?

Group think is dangerous and ineffective. Don’t do it!

Once we got out of the main concert area we got onto one of the main roads heading towards the freeway. All the cars were lined up in the right lane for anywhere between 1/2 and 3/4 mile.

There was no one [literally no one] in the left lane and the right lane was at a standstill. I couldn’t see very far ahead, but I assumed [as did everyone else] that the left lane was either closed up ahead or that people were not in the lane for a reason. After sitting in the right lane for about a minute,  I decided to just do it and jumped in the left lane to find out what was ahead.. I was pleasantly surprised to find out that there was nothing blocking the lane whatsoever. Nothing. I drove right past everyone in the right lane all the way up to the freeway while everyone else just sat there waiting for the person in front of them to go faster.

Just because everyone is doing somethings a certain way, doesn’t mean it’s effective and/or even right.

Do a Risk Analysis on EVERYTHING

It’s very likely, you’re over-exaggerating the consequences of whatever risk you’re planning on taking [Matt Chevy wrote a great article on this yesterday]. You can combat this by doing a quick risk analysis on anything you want to do. A risk analysis sounds long and complicated, but all you have to do is ask your self a few questions:

With my earlier scenario example of the open left lane. Without knowing what was ahead, there were three bad things that could have happened:

When you lay it out like that, makes decisions a lot easier. Yes, a land mine would have been bad to drive over, but it’s also not a situation that’s very likely to actually happen. Also, while it was entirely possible that the police could have blocked off the lane up the road somewhere or I could have gotten in trouble for making that decision, the penalty for being wrong about that [a brief talk with an officer and 5 minutes of trying to jostle back into position in line that was a 20-30 minute wait] you realize the risk is so minimal, it’s almost a no-brainer.

Yet, I was the only one who did it.

Sometimes the masses are dong something for a reason…but a lot of times they aren’t. They’re just doing what everyone else is doing. Doing a quick risk assessment can help tell you when you’re being wise by following conventional wisdom and when you’re wasting your time following the crowd.

Sometimes you’ll have a hard time doing any of the above things. Sometimes you’re just stuck. You can’t move, and you’re surrounded by people who can’t moving and there’s nothing you can do except wait:

You have two options. You can:

Nobody wants to be stuck in traffic or in life, but it happens. 90% of the time you have options. But for the 10% of the time that you don’t, don’t freak out. It’s going to be okay. When you need to be patient, be patient, and wait for the next opportunity that presents itself. But when it does, don’t be afraid to be different and go get it.

[Photo Credit]
*Please don’t drive recklessly and please don’t be a jerk while driving. There’s a fine line between being “aggressive” while driving and being a regarded as a terrible driver. Walk it carefully.
Tweet
Pin
Share1
1 Shares