I was talking with Johnny at Starbucks after we finished the Sylvania triathlon together this past weekend. We went back and forth about the race and blogging until he paused at one point and said, “You know Joel, I should point out, the things you do aren’t literally impossible things – they’re more like unlikely things. The fact that they’ve been done before actually proves they’re possible.”

I get this all the time from readers, friends and anyone who sees my impossible list. So we laughed about it as we came up with alternative titles for the blog – blog of improbable things, blog of somewhat possible things, etc. But as I drove home, I realized that Johnny’s not the first person who’s made that joke. And it’s interesting that the common truth in the joke is based in how deeply other people’s accomplishments define our perception of the impossible. Here’s what I mean:

As little as a year and a half ago, running a triathlon seemed truly impossible to me. I had never run more than 3 miles. I had no context for being even able to comprehend what running more than 3 miles would look like. I had done exactly one (1) 5k in my life  and would usually stop running my training runs around mile 2 due to severe shin splints, knee pain and my lungs generally wanting to explode.

Based on my previous personal experiences, it was impossible that I could run 3 more or more miles in a row. Much less add any other sport in the mix. At my first 5k ever, there was also a 15k race going on. I actually remember saying to myself, “Why would anyone ever want to run a 15k? That’s so far. That doesn’t even seem possible.”

But of course it was very posible. Hundreds of other people were doing *just that*, that very day. But to me, with my background, experiences, understanding and knowledge of the facts, it was impossible.

When you look at an individual with self-imposed limitations, it seems silly. When other people, external people, have proven that certain things are possible, and are actively doing them, why would someone choose to tell themselves it’s not possible?

But, based on that person’s experiences, understanding and facts on hand, that person’s world, a realm of limitations exist (real or not), that prevent them from actually doing what other people actually do. Other people’s successes don’t translate to their life if it doesn’t resonate internally. To them it literally is impossible.

But it doesn’t have to stay that way… 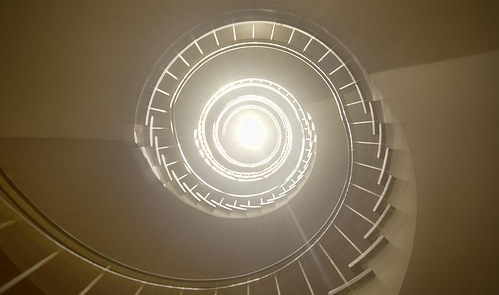 Of course it’s silly for an individual to not do something that other people are just because they tell themselves they can’t. Of course you can do a triathlon. Look at the thousands and thousands of people that do them each year! People of all shapes and sizes have done them before so it’s totally possible. All you have to do is to do it! And it seems so simple.

But somehow things change when we start to scale up and include more than just one person in this mindset.

Just like an individual can convince themselves something’s impossible simply because they haven’t done it before, groups can do the same thing. If I don’t know that anyone in my group of people (co-workers, other citizens, humans) have done something before, it’s labeled “impossible.” Sure there might be some people out there that can do it, but nobody that we know and certainly no one like us.

Just like an individual, things that are literally impossible are based on limited experiences, understanding and facts on hand. Sure, with 6 billion people in the world, a group has a broader scope of experiences, understanding and facts, so we feel more comfortable making blanket statements about the impossible. So while it’s easy to make generalizations, the conclusions groups usually come to about what’s considered “impossible” is anything but conclusive. In fact, it’s not even close.

The result is that too many times the term is impossible is used to describe stuff that hasn’t been done yet, not things that can’t actually be done. 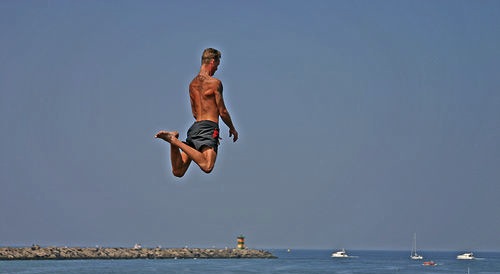 Just look what it does to the following statements:

It’s impossible because I can’t do it.

It’s impossible because I can’t do it…yet.

It’s impossible because I haven’t seen anyone do it.

It’s impossible because I haven’t seen anyone do it…yet.

It’s impossible because I don’t know anyone who’s done it.

It’s impossible because I don’t know anyone who’s done it…yet.

It’s impossible because no one has tried it.

It’s impossible because no one has tried it…yet.

It’s impossible because no one has succeeded.

It’s impossible because no one has succeeded yet…yet.

A lot of cynics like to point that some things that are literally impossible. They’ve been proven. It’s science!

I like to point out that they’re giving up way too easily.

As much as I love science and the many technological advances we achieved in the last few hundred years because of it, science, at it’s very core, is only our feeble human attempt to understand and explain the world around us. To think science is the end-all, be-all of anything that will ever be is incredibly arrogant. In fact, science is a huge, colossal exercise in testing the limits of the seemingly impossible, realizing you were being wrong and going further into the impossible than you thought you could. A scientist’s job is to say  “I think these things are possible, let me test them and find out.”

We would be nowhere if every scientist that ever lived said “Well this is exactly what everybody tells me is possible. That sounds good. I’ll just go with that.”If you make that assumption, you don’t challenge your assumptions, you don’t learn, you don’t get better and you never end up doing anything interesting, because you’re only doing things people have done before.

It was literally impossible to go to the moon…until Neil Armstrong did it.

It was literally impossible for a person to run a four minute mile….then Roger Bannister did it. And so did almost 1200 other people.

It was literally impossible to break through the sound barrier…until Chuck Yeager did it.

If you base your actions solely on what’s been proven before, you’ll be stuck doing the same thing forever. Take new steps. Break new ground. Do something new. Something literally impossible.

Future possibilities depend on people like you challenging the impossible.

So what’s literally impossible? You tell me.

“It always seems impossible until its done.” – Nelson Mandela

If this post helps you tell a better story with your life, tell a friend and share this post with them in whatever way you like. Imagine if everyone tried to do something literally impossible and tell a great story with their life. What would happen?