Nice people don’t change the world and you don’t put a ding in the universe by getting everyone to like you.

Filing Down The Edges

When we’re kids we’re taught to get along with people. The advice goes something like this:

So you work on filing down the rough edges of anything that might be remotely offensive until you’re a bland, sanitized, boring shell of who you’re meant to be. You usually know you’ve finally arrived when people begin to call you “nice.”

Nice? That’s it? Really? They couldn’t find another word to describe you? How about:

Just to name a few. They couldn’t pick one of those? They had to pick nice?

The Problem With Nice

“Nice” is a neutered word. It’s a pleasantry that we use to say about someone when there’s nothing else to say about them. But, somewhere along the line, “nice” becomes a goal. It’s something to shoot for. Instead of worrying about accentuating the skills that make you – you, we become embroiled in the sea of sameness as we waddle towards the central line of mediocrity.

Instead of focusing on doing something that matters, and focusing on being who you were meant to be, we neuter the adjectives and the people themselves by aiming for nice. Instead of focusing on what you know you need to be doing, you rearrange your life priorities to do what other people view as acceptable and appease their expectations. You start to hear these statements:

Filler statements that don’t mean anything but a low-level of acceptance that means you don’t have terribly offensive body odor. We’re told that “nice’ is a great goal because you can’t get people to like you if you have body odor, and we all want people to like us, right?

The problem is that nice people seldom do big things because they’re so afraid of stepping on anyone’s toes that stepping outside their comfort zone is paralyzing and doing something that matters and changing the world involves getting wayyyyyyyy outside of your comfort zone (and stepping on a few toes now and then).

If you start to do something important, you’ll hit resistance. You’ll make people uncomfortable, offended or even angry. People will push back even if it doesn’t directly affect their life. They won’t like what you’re doing because it makes them have to consider the fact that maybe (just maybe) someone else has created a bigger story and a bigger world to live in and that the the small, safe world they created for themselves might not be the only way to live.

One of my favorite examples of this is Nate. He wanted to walk across america. So he did. One step at a time. He met a lot of great people, but a lot of people got weirded out by some guy with a stroller walking down the street. He had people call the cops on him, yell at him to get a job and generally tell him how much of a waste of time his walk was. He kept walking. 3000 freaking miles. If he had stopped the first time someone said something mean to him or told him that he was dumb, crazy or out-of-line, he would have turned around 100 miles into it and missed out on a life-changing experience. Nate’s determined, persistence, and dedicated, but I wouldn’t call him nice. Respectful, but not nice. And yes, there’s a difference. 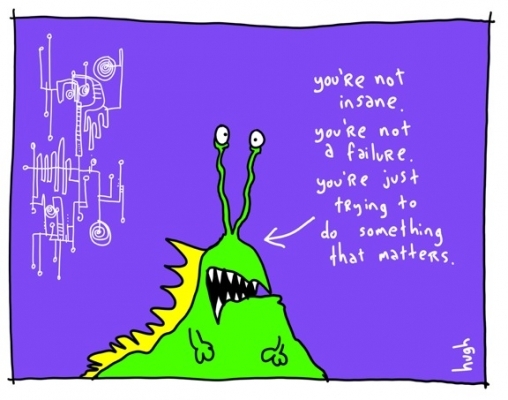 There’s a line between not worrying about being nice and being a jerk. You shouldn’t be concerned with making people like you. That’s a waste of your time and you’ll end up “nice” – and we don’t want that. Be kind, respect others and treat them like you would like to be treated (<– IMPORTANT). But (and this is equally important), don’t worry about making people mad just because your dissenting opinion makes them angry. Just because they want something different from life than you does not mean you need to change the way you live yours to please them. Smile. Shake their hand and be on your way. Life is too short to spend on people who want to get mad at you for living life your way. You can’t make everyone happy, so stop trying.

I don’t know the key to success, but the key to failure is trying to please everybody.” – Bill Cosby 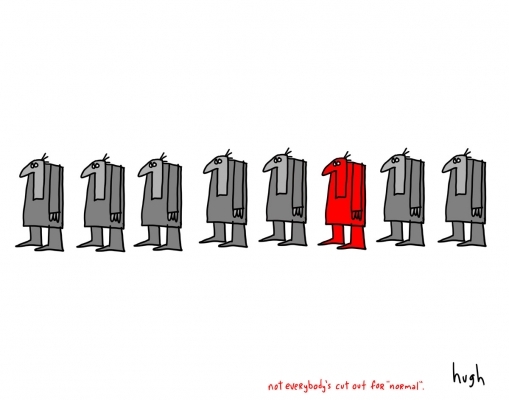 On Changing The World

If you want to change the world (or even do something moderately important and meaningful in your own life) – something that matters, you should know one thing:

Not everyone will to be happy about it. 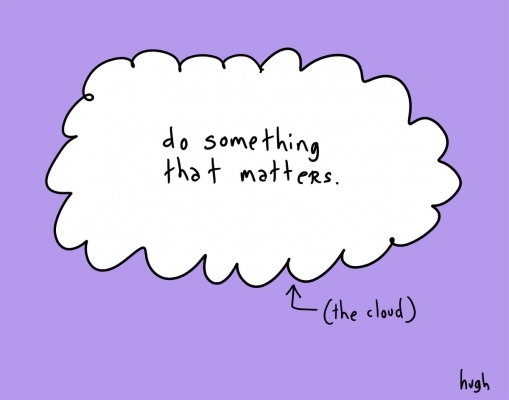 To be nobody-but-yourself — in a world which is doing its best, night and day, to make you everybody else — means to fight the hardest battle which any human being can fight; and never stop fighting. – E.E. Cummings.

Everybody else has a script for your life that they want you to live. The most important thing you can do is write your own. People will get mad. Do it anyways.

Impossible: The Manifesto comes out next Tuesday. It’s officially happening. (I’m serious this time!) I’ve got the final pieces in my hands!