You are here: Home / Mindset / Floating in the Dark: Inside a Sensory Deprivation Tank

Lately, I’ve been experimenting with weird things that I’ve never heard of and that sound interesting.

One week it was a cryotherapy chamber. The next it was a sensory deprivation tank.

If it sounds like a torture device, that’s because it combines a lot of things I don’t like:

Darkness, lots of nothing and a coffin-shaped object you get to lie in for an hour.

Oh, and did I mention – worst of all – you DO NOTHING.

Over the past couple of years, I’ve heard a lot of people talk about how “magical” these tanks are and how it can be incredibly restorative, useful and life changing.

When people start talking about how something is world changing and changed their entire life, I put on my squinty eyes and start to get skeptical.

But, the only thing I hate more than grandiose promises about things that sound suspect is making a judgment of those experiences without actually trying it out first.

What Exactly Is A Sensory Deprivation Tank?

Essentially it’s a tank – basically a coffin-shaped object – designed to deprive you of all senses – gravity, temperature, touch, sight and sound.

Not quite sure what exactly happened, but it was really dark, quiet and slimy inside. This is my face post-float – still deciding how I feel about it all.

The temperature of the water means that once you are settled in the tank, it is virtually impossible to distinguish between parts of the body that are in contact with the water, and those that aren’t, in effect “fooling” the brain into believing that the person is floating in mid-air.

The ultra-deep relaxation of floating “resets” the body’s hormonal and metabolic balance, strengthening resistance to and accelerating recovery from the effects of stress, illness, injury or strenuous exercise.

Unless you go to space (which I plan to), this is the only situation where your body is absolutely free from gravity and you’re able to completely relax.

Essentially, getting to this state of relaxation frees your brain from it’s regular activity and allows it to focus on creative side of things. It moves your brain activity to a level similar to how it functions while asleep (with the catch being that you’re still alert at the time).

There’s also several studies that show that the tank can effect cortisol levels and lower overall levels of stress.

So, despite my skepticism, I got signed up for a float tank session to see what this was all about.

Inside The Tank: How It Goes Down

We walked into the float tank building and it was like any other store front. There was a desk up front. Then as you walked back into the building, there were rooms with tanks in them and a lobby right behind the main reception desk.

Depending on where you go, they might have mood lighting, music or books as you get ready to get in the tank.

You strip down, shower off (as if getting in a salt bath wasn’t weird enough) and let yourself into the float tank.

Facing the door, you slowly lie down and close the door in front of you.

Immediately, you’re hit with pitch black as you try to lie down and figure out how to get comfortable. 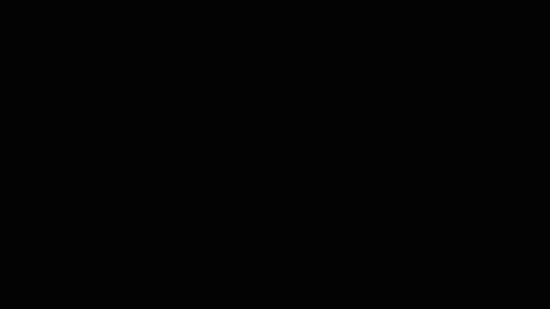 yes, this is what you see. yes, it looks a lot like nothing.

You can’t really see much of the walls surrounding you, so as you lie there (and surprisingly enough, you do float), you find the edges of the tank as you bump into it fidgeting around at first.

The girl at the front told us that the best way to lie down in the tank was with your arms above your head. This had to be a joke, because it was the most uncomfortable way I could have imagined sitting. Maybe I need to work on my shoulder mobility, but I tried to lie still like this for 5 minutes before giving up and putting my arms down at my sides.

As I laid down, I thought:

One interesting thing that I noticed was that after a while, you really do feel like you’re floating (surprise, the other name of the tank is a “float tank”). There’s very little gravity on your body while floating. As a result, I lifted my arm up and noticed that it seemed very heavy – and I remember very specifically thinking to myself, “Why is there all this meat on my arm?”

My head was pretty busy for the first 20 minutes or so and then (and I’m not sure how this happened), all of a sudden, my head jerked up to some music that was playing (music signals the end of the session).

Apparently, somewhere in between me pondering why muscle feels so heavy and being jolted awake by an irrational fear of music, I had passed out for a good 30–40 minutes.

I got my bearings a little bit, tried to move towards where I thought the door was, opened it up, stepped into the shower and tried to rinse off the salt that had gleaned onto my body. I felt noticeably more relaxed and yet could feel the weight of my body more than before.

My Thoughts on The Sensory Deprivation Tank

Here’s my fundamental problem with the float tank: I hate doing nothing.

I think it’s a character flaw (I’m working on it), but I even get annoyed with sleep because I feel like it’s dumb that I have to sleep 1/3 of the day.

That’s obviously not true, but it’s the way my head works (like I said, I’m working on it).

With that said, the sensory deprivation tank was relaxing and it was definitely an experience. From that standpoint alone, it’s worth a try at least.

From an athletic standpoint, I think I get more bang for my buck by focusing on massage therapy, as I’m able to get relaxation out of that, along with the therapy aspect of massage. I can also see how you could get a ton of the same benefits (that I got) out of optimizing your sleep quality a bit more. In that sense, I would say sensory deprivation tanks are definitely more of a “final 10% optimization strategy” than something you should start off with. I think the main athletic physical benefits are mostly via focus and hormonal (lowering cortisol levels – which can be very helpful).

That said, there is the mental aspect to the sensory deprivation tank that’s been touted. Over time, you’re supposed to be able to focus better and even dissect problems more and more effectively (which should be pretty easy to improve considering I just passed out). In other words, if you go in with a specific problem, you can use the tank to sort of deconstruct it and figure it out. You can also use it to meditate and practice that skill.

This is the item that makes me the most curious and would be the reasoning behind a return or regularly scheduled float session. It seems more productive than just passing out (which is also part of why it interests me a bit more).

I did meet a lady at the float tank that claimed to do it multiple times a week or “as often as she could.” I’m not at that level yet, and I’m not sure I’d do it every single day (it’s $60 bucks a pop), but I might consider it on a monthly basis – especially if I could figure out a way to use it to do some sort of mental work on myself.

From what I hear, the mental side only comes with more practice, so I might work on this a couple times over the next few months and report back with a follow up experience.

There’s also some people who claim to do astral projection, etc. inside the float tank. That stuff is way outside of my expertise, so I’ll leave that to you to experiment with on your own 😉

Things To Remember Inside the Float Tank

If you’re going to take the leap into the float tank, here are a few things to remember:

If you’re a Joe Rogan fan, you will appreciate this. I watched this video on float tanks from him beforehand, and it got me pumped to try it out (yes, I pumped myself up to do something relaxing).

====
If you’re interested in float tanks, you can find a location near you in this directory.
====
Have you done the float tank? What do you think about it? How do you use it to get the most out of it?