You are here: Home / Hacks / The Renaissance Man’s Guide To Maintaining Momentum While Doing Everything Pt. 3

This is the third of 3 posts on The Renaissance Man’s Guide To Maintaining Momentum While Doing Everything. You can read part 1 and part 2 here. 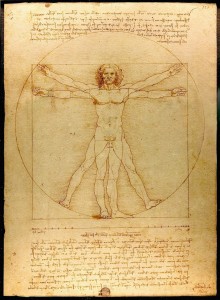 Even the best laid plans fail. Even with your to-do lists and well laid-out schedule, something will go wrong. You’ll be juggling a million things, you’ll drop one, it’ll shatter and you will fail.

Failure isn’t fun, but you also unavoidable if you want to do something impossible [or even something just worthwhile] .

Most people try to avoid failure as much as possible. As a result they end up doing very little and limit themselves to “safe bets” or things they’re sure they can succeed in [I used to do this a lot]. I don’t like that mentality. Instead of trying for impossible things, it gives you permission to settle for the possible and keeps you from trying anything new.

The problem with trying to predict the outcome of something before you actually do it, is all you’re doing is just guessing. Maybe it’s an educated guess, but it’s still a guess, and it’s probably wrong. You only actually know the outcome once you’ve really done it and achieved a real outcome.

Do a lot of things, screw some up. It’s okay, but you gotta debrief. You have to review and take the time to learn something from it.  Failure isn’t fun, but if you can learn something by debriefing what you just did, you can make it a positive experience at least.

This doesn’t have to be very hard, it can be something as simple as asking yourself a few questions. Here’s some to get you started.

Notice how only the last question was about how good you were at it. That’s because you’ll be terrible at most things the first time around. There are very few things you’ll be a natural at, it takes TIME, but there has to be an initial attraction. Ira Glass calls this your “taste.”

All of us who do creative work, we get into it because we have good taste and…you get into this thing, and there’s like a ‘gap’. What you’re making isn’t so good, okay?….It’s trying to be good but…it’s just not that great. But your TASTE! Your taste, the thing that got you into the game, is still killer. And your taste is good enough to tell you that what you’re making is a disappointment to you, that it’s crappy. A lot of people never get past that phase—-and the thing I want to say to you, out of my heart, is that, most of everyone I know who does interesting, creative work, they went through [this] for years…” – Ira Glass

I started this blog and I wasn’t very good at writing. Just read some of the early posts. Almost 100 posts later, I’m a little better at it. It takes time. That’s how it works.

The first triathlon I did, I pedaled away furiously on my mountain bike. I was terrible, but it was a challenge and I loved it.  I’m still not a natural at it, but my second and third races went better because it’s something I wanted to get better at. You might not be a born natural at whatever you’re doing [sure, it helps], but it’s really not that important. It’s more important that you care enough about it to get better at it.

Understand what you’re bad at and do less of it. If you’re not good at something, or you hate it, don’t do it. Quit doing it altogether if you can, or delegate it at least if it still has to be done.

If this has to do with your business, there are lots of good resources on outsourcing work or finding virtual assistants to do the stuff that needs to be done, but isn’t necessary for you to do.

If it’s some other activity, chances are you can quit it without any consequences. Stop it. There’s no need to bang your head against the wall. It’s not worth it.

Just because you can, doesn’t mean you should

There’s a difference between not being able to do something and choosing not to do it. I always used to say I “can’t” design. Well, I actually have a pretty good eye for design and can creatively direct people, I just never personal mastered the tools of it. I tried it and realized I can do a decent job when I really need to [I’ve done some of the stuff around this site], but I haven’t spent the time to completely master photoshop and honestly I’m not sure I want to. While I can design, my time is much more valuable when I’m doing other things that I’m good at and that only I can do [writing, networking, planning & strategizing]. So instead of saying I can’t design and leaving it at that, I’ve actually tried it, done it and know I can do it, but I also know my time is better spent doing other things besides photoshop and because of that, I choose not to focus on it.

Focus on what you’re good at, and what energizes you, and do that. Stop doing the other stuff. Cut it out and make more room for stuff you enjoy, and stuff you’re good at, stuff that helps you keep your momentum.

It’s not impossible to juggle 20 different things at once and and get them done well. You not easy, but you can make it a lot easier by breaking everything down into to do lists and scheduling them out into time blocks, but the real trick is making sure you’re juggling the right things in the first place. Juggle the things that only you can juggle and let go of the things that are just slowing you down. That’s how you do everything and maintain your momentum the whole time, Renaissance man style.