You are here: Home / Hacks / The Surprising Effects of Compound Action 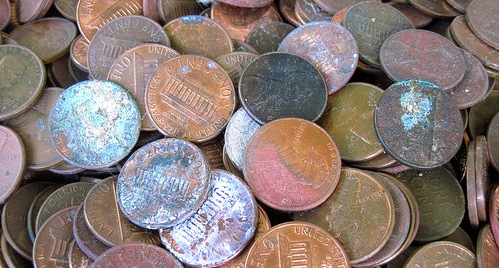 Almost everyone has heard of the wonders of compound interest. It’s wonders are extolled virtually in every piece of personal finance literature you’ve ever seen. A little money, saved consistently, over a period of time yields steadily builds, yielding fantastic results, and allows you to retire, get a mansion and never go bald. At 20 years old, if you save $5,000 for 45 years at 8% interest, you’ll have $1.93 million at 65. The power isn’t in the little money that’s saved. $5,000 is almost nothing in the big scheme of things – chump change. The power is in the continuity of the saving. The unbroken chain of one continuous saving, year after year after year. The power is in the compound action that the saver makes.

We pretend like this is only true in finance, but it’s not.

How Do You Start Blogging?

One post at a time. Twice a week. In 2 years, you’ll have almost 200 posts written. Congratulations. You’re a blogger.

How Do You Succeed?

How Do You Start A Business?

The answer is more than just action. Anyone can do something one time. In fact, it’s easier than it’s ever been in the history of the world, to act…once that is. Tons of people start stuff – because starting is easy.

They give up. They go home. They decide it’s not worth it. They don’t know why they bothered to start.

The only answer is to act continuously. Do something. Do it often. Don’t stop.

When things get hard, don’t let it stop you. When everyone else stops, find a door and keep going.

Every once in a while, you’ll glance back for a moment and be startled at the unbroken chain of action and the realization begins to dawn on you that you’ve got something you never really thought you could have…and you realize…

But looking back is only useful for so long. So you face forward, stay focused and do something.

Do it. I guarantee you’ll be surprised at what you make.