You are here: Home / Fitness / The Worst Run Ever (How To Deal With An “Off” Day)

Sunday was a bad day.

I’m in the progress of training for a new super-secret project, so I’ve been ramping up my running mileage recently (to satisfy my addiction to pain).

On Sunday I was supposed to step that mileage up to run 28 miles.

Oh, and the whole thing was slow – incredibly slow. Not slow as in “wow-that’s-sort-of-a-slow-jog-slow.” Slow as in “I-could-probably-walk-backwards-faster-split-times-than-this-slow.”

I didn’t even finish half the prescribed distance and I had to walk the last three miles, muttering to myself the entire time about what was wrong with me.

It was easily the worst run of my life.

It was so bad that I didn’t know whether to laugh, cry, or punch something. When I finished I just walked in circles hashing it out with myself in the park like a crazy person.

There was no explanation.

I should be able to run 11.5 miles in my sleep but I didn’t even get close.

I emailed my coach, managed to keep the profanities to a minimum, tried to calm down, and adjusted my schedule.

All I could do was let it go, go home to take a cold shower, take a few days off, and rest a bit.

I took a couple of days off and tried to not think about running (doing that only made me mad). But whenever I saw the five miles penciled in on my schedule for Wednesday, I dreaded them.

I put my run off later and later, doing every stupid thing I could think of to put it off. Eventually it was 10:30pm and somewhere between getting mad at my shoes (“Stupid shoes making me run slow”) and coming up with terrible excuses (“It’s 60 degrees out – that’s practically freezing for San Diego – I can’t run in this weather!”), I realized I should probably stop getting mad at inanimate objects and just do the work.

I had one last staring contest with my shoes before I eventually laced them up, put them on, and got out the door.

It doesn’t matter how many bad days you have, as long as you don’t let them stop you. 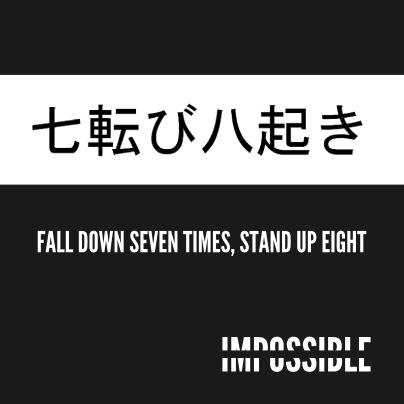