I’m a little late to the game this year with my year-end review, but I wanted to continue the tradition of looking back on each year.

I’ve done it every year at IMPOSSIBLE (except last year) for a few specific reasons which I’ll dive into in a bit, but I wanted to get things back on track this year. 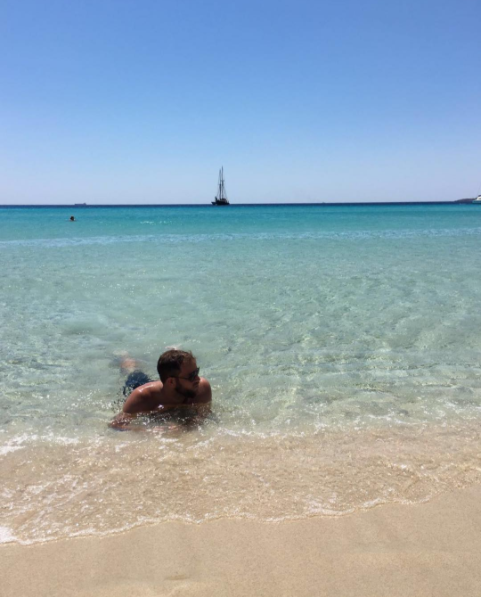 I got Sued (or rather – I continued getting sued)

One of the reasons I didn’t do any end-of-year reviews last year was because…well…I was in the middle of a lawsuit. I didn’t know what I could publicly say about my business & life and even if I could say something that I wanted to share with you guys, it wouldn’t always necessarily be helpful to us in the legal sense, so I did it privately, but didn’t share it on the blog.

This lawsuit spanned about 2 years for me and was easily the biggest single headache I’ve had since starting the blog in 2010 and one that dragged on for the first 1/3 of the year.

I got UDRP’d on one of the Domains IMPOSSIBLE owns

This was smaller headache of the year. I had someone try to take a domain that I own through a legal action called a “UDRP.” This happened (and I’m not joking), 24 hours after the lawsuit has finished.

This was one of those cases where I looked at God and said, really? You think this is funny, huh? And then he turned to me and said “yes Joel, this is very funny.”

After the lawsuit, this was a headache, mostly because it felt like this stuff would never end, but of course – like most things it did.

I’m actually going to have a short video on this showing at a domain conference in Vegas later this month (and I’ll be sure to share that if possible with you guys here).

I should say I was unfocused on my business. Because of the various intellectual property disputes, I spent a lot of this year “defending” my property rather than building it.

That’s annoying and I’ve always hated the red tape that’s involved with this stuff. I’m always for building over destruction and it felt like a lot of this year was dedicated to not having things blow up.

I tried to separate my daily routine from what was going on in the business, but it was really, really tough – especially given the size of our team and the uncertainty involved in it all.

I Was Out of Shape.

Because of the legal mishaps, instead of channeling my frustration into throwing around heavy stuff around, I spent a lot of time doubling down on the business (while being unfocused). This meant I was frustrated a lot while still putting in dumb hours and neglecting the gym. Not a good combo.

I Did a Bad Job Team Building

I used to think that I could just hire a bunch of part time people and say here’s the goal, figure it out.

That’s okay if you’re working with contractors, but if you want to build a team – that’s not the best route.

I missed out on working with a couple great people because I wasn’t being a great leader and ended up working hiring a couple non-great team-members that I should have weeded out earlier.

I Did a Lot of Self-Sabotage

This is one of the things I started to notice towards the end o the year.

I would hit a deadline, but just barely. I’d get something up, but it wouldn’t necessarily meet my standards. I would post a blog, but it would be late or I wouldn’t do my best promoting it.

Basically, I kept momentum on stuff (and moving at least), but I wasn’t executing at an elite level. I think a lot of it was that I was still recovering from the hangover of the lawsuit and always being uncertain about what was coming next, but I’m tired of using that as an excuse and want to change that going forward.

Despite all that, a few things went well:

At the end of 2015, I was a bit all over the place. I resolved myself to get myself back on track & handle things and did a 00 day streak of cold showers to kick off the year. It was awesome and led to some of the biggest developments of the year.

Fueled by cold showers and a determination to finally get the thing over with, we ended up settling the lawsuit in a positive manner for IMPOSSIBLE and finally got it over with.

It only took 2+ years, but I feel like I have a law degree in Intellectual Property given how much time and money I’ve spent over the last 2 years on it. While lawsuits never really settle in a positive manner, it’s nice to finally have this over with and be able to move on and start building again.

This fiasco was small potatoes compared to the lawsuit., but it was still a headache (especially since it happened literally 24 hours after we settled the lawsuit).

It was a completely separate issue, but was just another straw on the camel’s back.

However, after getting the lawsuit settled, this felt like JV work after playing in the NBA. I felt much better prepared for this than when I was blindsided by the lawsuit a few years aback and going forward, I’m much more sophisticated with trademarks and other conflicts going forward.

We won this and we won it quite handily.

I Traveled a Ton

Ran out to the 4th largest Glacier in Iceland. It's covered in volcanic ash so it was all black, but made for some cool mini glacial lakes like this one #48hoursiniceland

I traveled a lot in 2016. Despite putting a moratorium on ravel the first quarter of the year while I settled some things, later in the year, spent 6 weeks in Barcelona, then hopped around Europe visiting Greece, Italy, Switzerland, Croatia, Iceland, and Australia and re-qualified for Platinum on American Airlines.

I spent a lot of time between San Diego & New York and got to visit Chicago a few times (including once to run an ultra), and Boston as well as spend time in Colorado, do a Gym Jones seminar in Salt Lake City, a week of Kiteboarding in Hood River (which turned into a day because of bad wind), and do my annual drive-bys in Portland, Vegas, Austin, and LA.

I did a few talks at conferences I frequent:

Given the amount of traveling I’m doing, I would like to do more meet ups + talks when I’m in new locations and would like to do a better job here of getting events organized to make travel more purposeful.

Back in August, I was asked to come speak, coach, and hangout at a brand new mastermind event. But…unlike most masterminds happening in an office or hotel conference room, this was happening on an island…in Croatia…and we had a pirate ship. Straight up #baller and seemed right up @impossibleheadquarters alley. What followed was one of the most fun (and most surprising events of the year). Here's a taste of what went down (see the full video at ImpossibleHQ.com/recharged). # Thanks to Franc @jointheedge for the invite, @thomasalexnorman for the video and @livedustin for the epic drone shots. So. Much. Fun.

I Started To Become More Professional

I’m not going to start wearing a tie around here, but I started to turn pro in a lot of areas. I finally got serious about bookkeeping & taxes, got all of my intellectual property protected, spun the paleo business off from a side property into it’s own stand-alone business and began to hire and invest in a team, legally, financially and structurally.

It’s not perfect, but I’m going to work more and more on this going forward.

If you haven’t noticed, I relaunched 777 and now have 3 races in the bag. After taking some time off for injury & to finish the lawsuit, I’m back in full force.

I’m still getting back into the ultra state of mind (“oh, i don’t remember this hurting so much”), it feels good to be back.

Rang in the New Year with 12 hours on my feet at the Narrabeen All Nighter. 1.5 mile trail. Out and back. As many times as possible. Go. # Finished the race and saw we passed $112k on our fundraiser this morning. Makes all the blisters and muscle cramps worth it knowing we're going to make education possible for 7 communities in 2017. 3 races down. 4 to go! Happy New Year! 🎉 #777project #dosomethingimpossible

I don’t love running, but I love finishing and I love what running gives me. I love doing the stuff that I don’t think I can do and I love the feeling at the end of something spectacularly hard where you say, “I can’t believe I just did that.”

Antarctica is up next.  #boom 

Impossible Podcast is BACK

I’m recommitting to the Impossible Podcast, because I really like doing it.

It takes some time & dedication for me to schedule it and make it a reality, but like most things with discipline, I’m always glad when I do.

I’ve got some exciting guests coming up and some other insights about the business and my own life that are easier to share via audio than text sometimes.

Happy Thanksgiving! New podcast is up. #boom IMPOSSIBLEPODCAST.COM Get it!

Overall, I feel like I finished 2016 on a very strong, action-oriented note. I did two ultras, including race #3 – the Narrabeen All-Nighter from Dec 31st to January 1st complete with a midnight toast of champagne to celebrate.

I launched the podcast and hired a rockstar at Ultimate Paleo Guide & the meal plan business.

There were a lot of ups & downs, but 2015 and 2016 were my most trying years yet. I’m glad to have gone through them, but glad they’re over as well. I finished strong through the end of the year and have a good amount of momentum going into 2017.