I literally haven’t slept for the last 36 hours. I’ve been downing red bull and eating bacon the last few hours (yes, that’s a completely healthy diet) testing things and I’m about to head out to work. I’ll be running on adrenaline all day…but it’s all going to be totally worth it.

So where do we begin? Lets’ start with this one.

Impossible HQ is here. The new hub for everything impossible online. We’ll be launching a lot more projects off this in the future and you’ll be able to find all of the current and future impossible properties on this site (and there will be a lot).

HQ will be the place where we can pull together the blog, the league and all the other super secret impossible projects that aren’t quite ready to talk about yet (don’t worry, you’ll find out soon enough!). I’ve been putting this together for the last few weeks and I’m really excited about how it turned out. Steven was an amazing help putting this together as were Jeff & Marla Sarris. After all the work that’s gone into this over the past couple weeks, it’s finally come together and I’m absolutely pumped at how it turned out.

Of course, I’m excited about how everything looks (amazing, of course), but I’m even more excited about what Impossible HQ lets us do. With Impossible HQ, we raise the ceiling on what we can do with the Impossible. We can make a bigger story, and create an even bigger adventure, and this is just the beginning. There’s lots and lots more to come.

Speaking of lots of more things to come…

The Impossible T-Shirts are here!

After a long, long wait and much anticipation, they’re finally here and I’m incredibly excited about them. The shirts are so amazing that somehow they manage to make me look good! Seriously. If that doesn’t impress you, then I’m at a loss for words.

Here’s my feeble attempt to describe their awesomeness:

Be a part of the impossible league and pick up the official Impossible t-shirt. Featuring the official impossible logo, this shirt is guaranteed to help you run faster, jump incredibly high, and do insane parkour. It’s also the only t-shirt on earth designed to instantly make you more attractive to the opposite sex* (as well as anything else you dare to consider “impossible”).

*May or may not actually make you more attractive to the opposite sex.

$20 – Free Shipping Anywhere In The World!

These American Apparel tri-blend blue track tees are only $20 and include free shipping anywhere in the WORLD!  ANYWHERE! I went downtown Chicago over the weekend to get some shots of the shirts with my good friends Jeff & Marla Sarris from Six4Eleven. As part of the shoot, we actually went to the American Apparel store downtown Chicago, and the basic tees (the same one these are printed on – without the dead sexy impossible logo) cost $22! That’s right, I get the shirts customized and ship it to your house in Zimbabwe for $2 less than what they charge you for the same tee in the American Apparel store. Some would say that’s impossible to do, but that’s just how I roll. I’m looking out for you guys :).

If you’re wondering what this actually looks like in the wild, you’re in luck. Fortunately I had Jeff & Marla follow me around all day downtown Chicago and they got a bunch of shots of me and the shirt on the streets. Here you go. 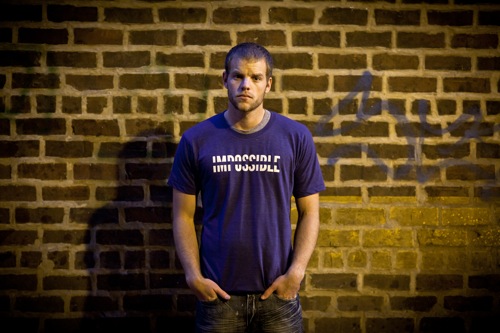 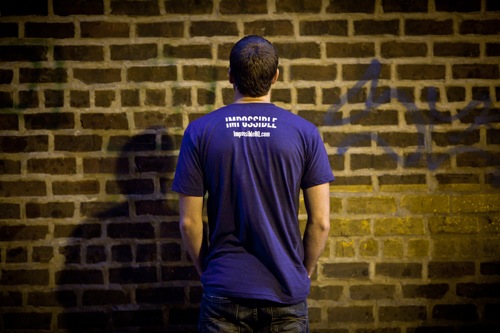 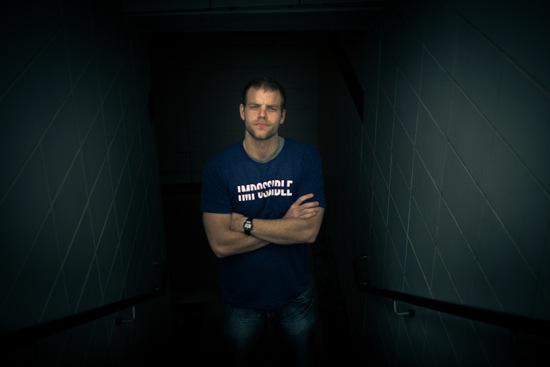 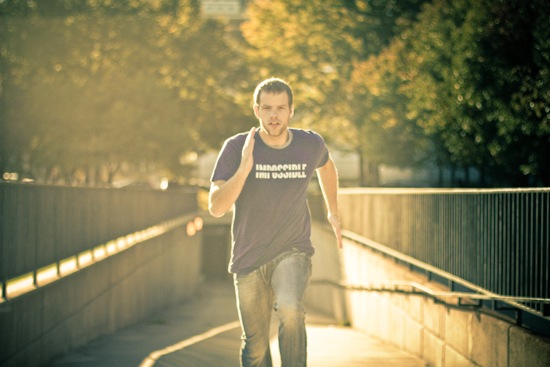 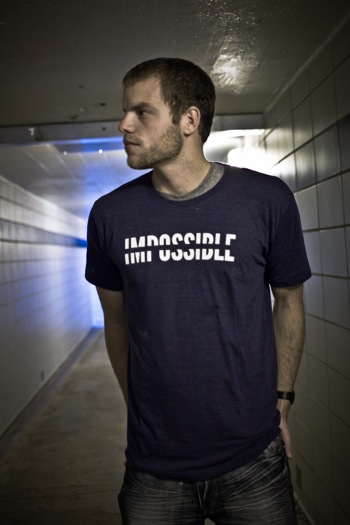 You guys asked for ’em, so here they are. I hope you’re as excited for them as I am.

Get your Impossible Shirt Today

Don’t worry, I didn’t forget about the impossible t-shirt contest. There were a lot of entries and I couldn’t decide who to pick so I decided to use a random number generator instead. Here’s what fate decided:

Facebook Photo Caption Contest:  Jared Hynes – ‎The expression of a person recently converted from believing in ‘Impossible’ to believing in ‘Possible'” (As seen at many world record settings, daredevil stunts, and other shenanigans previously thought “Impossible”)

Congratulations Andrew, Bekka and Jared! Shoot me an email with your t-shirt size and address and you’ll have a shirt coming your way! If you didn’t win, there’s still a shot to win one in the Impossible League’s October challenge. Or, you know, you could just pick one up in the store – they are just $20 after all :).

But, just in case you’re not convinced yet, I’ve got something else for you. In full launch-fashion, I decided I needed to step it up. It’s not enough to have a new site and new shirts out. I needed to get the word out. I needed to let people know about the impossible t-shirts. So, with the help of Jeff & Marla, we put together this made-for-tv commercial. If this doesn’t convince you that you absolutely need an impossible shirt, then I don’t know what will. Enjoy and look for it on a television show near you.

If that insane parkour didn’t make you want to get a shirt and go out and do parkour immediately, something is wrong with you :).

I honestly appreciate every single one of you that read this you more than you’ll know. Even if you never buy anything that comes out of ImpossibleHQ, seriously, thank you for paying attention.. I’m excited for this new chapter that’s coming and I can’t wait for you to be a part of this. Not only that, but you guys are pretty amazing and doing some incredible things yourselves. I’m excited and honored to be a part of all the impossible things you’re up to.

Keep doing the impossible. Let me know how I can help.

Massive props to Steven Musngi for help with the design work with ImpossibleHQ.com

Massive props to Jeff & Marla at Six4Eleven. Find them and have them do everything for you. They’re really, really good at shooting people (with a camera of course) and they’re pretty stellar human beings as well. What more could you ask for? Thanks guys!