You are here: Home / Adventures / 5 Lessons Learned From My First Ultra Marathon

This weekend I ran the Chicago Ultra Marathon.

I never thought I’d actually run an ultra marathon. I told myself after my first ever marathon that that was more than far enough and I was quite okay.

Then I found out about ultras and they kept popping up in my mind. At the same time, I found an amazing organization to partner with, and pretty soon I was working in a coffee shop sitting next to Nicky when I looked up at him and said, “I think I just signed up for an ultra marathon.” What am I doing?

A few months later, after a few months of trainig, I was staring at the starting line this past Saturday, listening to the race director shout out “5 minutes till start!” I lined up, took my sweats off and over the next 6 hours, ran the thing. Here’s what I learned.

Here’s 5 Lessons I Learned From My First Ultra Marathon

A lot of marathon courses don’t have loops. They’re like big running tours where you can see different parts of the city. That’s great for big cities where you have crowds out cheering, but on longer courses with smaller fields, the number of people tends to get spread out, it’s much quieter and can be more difficult to always know where you’re at on the course.

That’s why reference points matter. They help give you familiar segments throughout the race.

That sounds way more manageable. And while it was still freaking hard, every 5 miles, I had a reference point that I had definitely seen before and after one loop, I was running in familiar territory and began to know what to expect. I knew where hills were, when the head winds would pick and where the break stations were. That might not sound like that big of a deal, but in the middle of the race, it makes a big, big difference when you know that you’ve been here before, you’ve done it before and you can damn sure do it again. 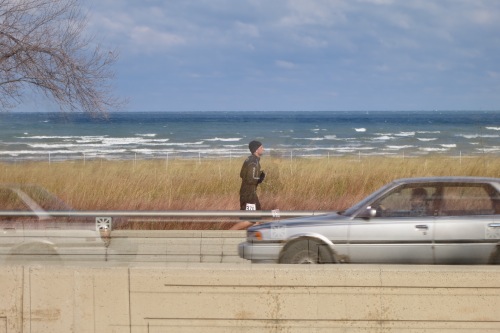 It Hurts Until it Feels Good

As we started running, the pack was pretty close for the first 5-7 miles. You don’t want to take it too fast out of the gate since you’ve got quite a few miles ahead of you. I started talking to a guy named Tom who had run a couple of ultras before and he said something I took me the rest of the race:

It hurts, it hurts and hurts until it feels good.

I didn’t really “get it” at the time, but 10-12 miles later I knew exactly what he was talking about.

It’s All About The Decision

It was decided. No motivation needed.

It might take me all day, but it was going to happen. 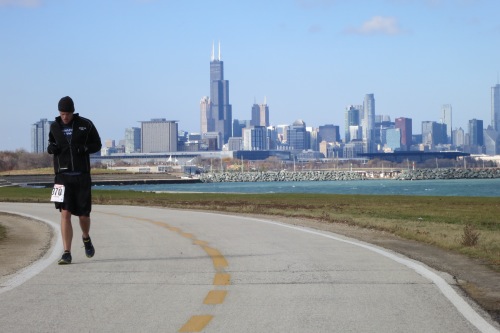 It’s Not About You

It was a good thing I decided that at mile 18, because miles 22-30 sucked. Like really sucked. I tweaked my ankle and spent an hour fighting a brutal headwind that was on special delivery from Lake Michigan just for me, but there wasn’t a chance I was going to quit.

Because I had perspective.

The race wasn’t about me. It wasn’t about how fast I could go or if I could beat the 200 other nut jobs spending 5+ hours on a Saturday pushing themselves to the limit.

It was about giving a small group of kids access to do something that’s literally not possible for most of their peers.

When you get perspective you realize that your problems aren’t that big after all. Sure, an ultra is tough, but it’s also the opportunity to push myself to do things I never thought I could do. Most people don’t have that same opportunity and there’s a lot of kids out there who just want the chance to read.

Realizing that most of your problems aren’t really that tough. And, when they are tough, don’t quit because they’re hard: keep going because it is hard.

Ask anyone I knew 3 years ago if I would ever “run” and they would have laughed your face off. I hated running. I still do.

3 years ago, I laughed at my friend when they asked me to sign up for a 5k. I signed up because there was candy at the end. I remember hearing there was also a 15k race happening at the same time and I can distinctly remember thinking to myself:

I’m running that same race this weekend as a cool down run.

When I announced our inital fundraiser goal to build an entire school, $25,000 seemed MASSIVE and unachievable. Now that we’ve raised over $17,000+ already with less than $8,000 to go. It doesn’t seem so impossible anymore. 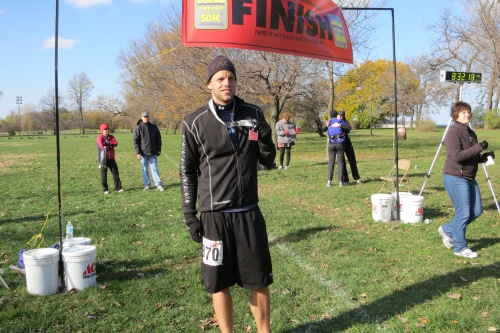 I’ve got videos of the event that I’ll editing and posting soon on my youtube channel. You can subscribe here.

You can still donate to the #impossible campaign. We’ve got just under $8,000 left to go. Almost there!