Over the last 3 years, I finished 777: 7 ultras on 7 continents to fund 7 schools with Pencils of Promise. The journey was not as straight-forward as I expected – evidenced by the fact that I finished 6 of the races this year and the 18-24 month gap between races 1 & 2.

This has been one of the hardest things I’ve ever done and one of the biggest teachers to me as well. So with that in mind, here’s 7 things I learned along the way (as well as a few bonus lessons here and there where things didn’t go as planned). 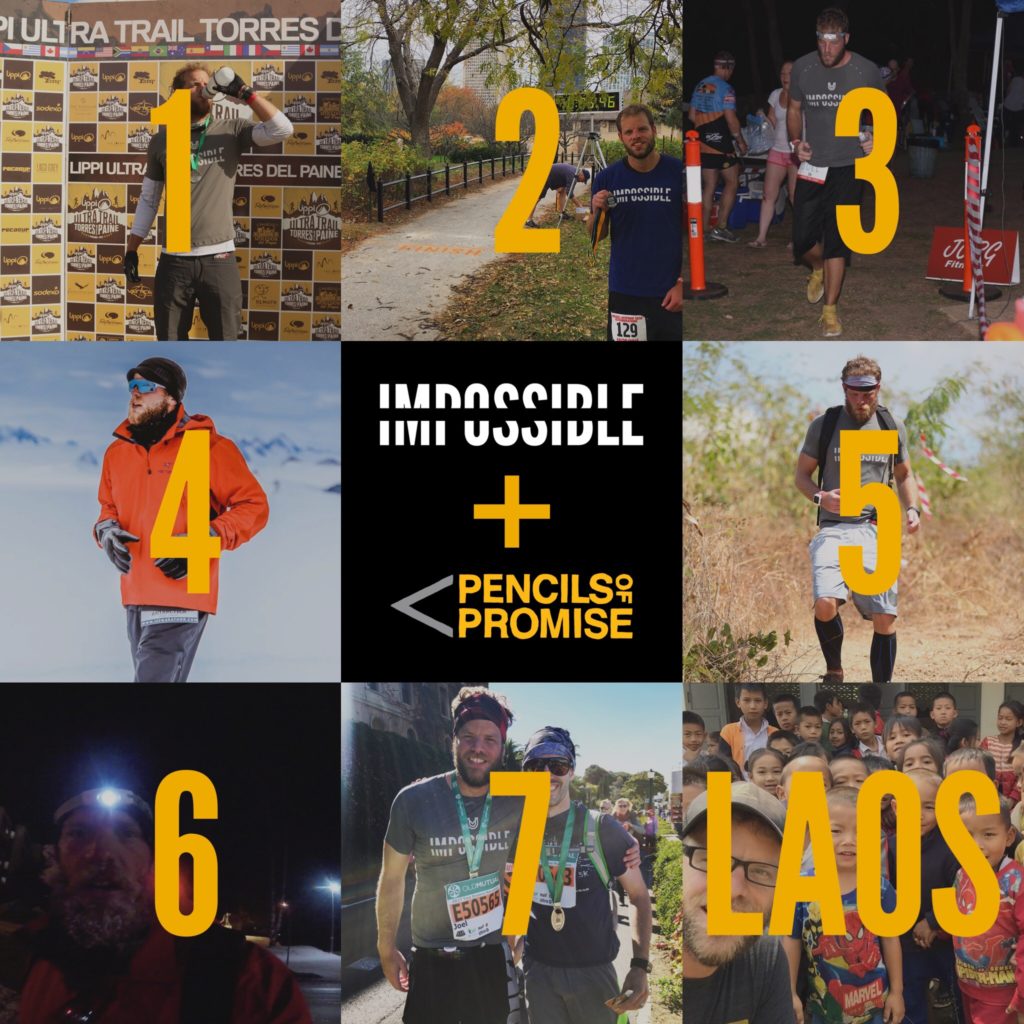 Patagonia was everything I wanted in a place to kick things off. Beautiful South America, with a mix of mountains, glaciers and a race distance I felt confident in.

I took off and things went great for the first 26 miles….until I rolled my ankle and through things into chaos.

I knew I had hurt my ankle bad, but I also knew that I was not going to quit.

So even after trying to walk it off, and realizing the pain was not going anywhere, I hobbled my way through the rest of the race. It wasn’t pretty, but I finished.

When I got to the states, I figured I’d take the time off to ice the ankle and be right back at it a few weeks late.

I went from running 20 miles on a whim to not being able to run 2 blocks.

Key Takeaway: There’s some pain that you can push through. And then there’s stuff that nothing will fix other than rehab and time. When that happens, take it seriously. You only really fail when you give up. 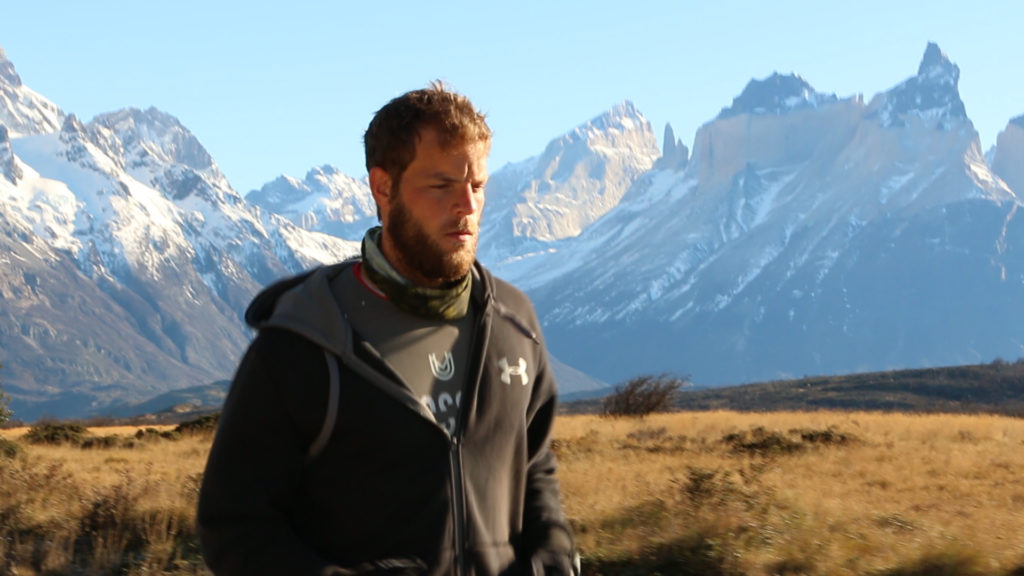 Rehab sucked – it really did. The only positive thing that came out of this was building MoveWell to make it suck less. I still hate it, I just hate it less now

Chicago: Some Things You Have To Do For Yourself

After the long rehab break and lawsuit headache, my confidence was pretty low and I didn’t know what I was really capable of.

I wanted to relaunch 777 and finish it, but I really didn’t know if I could.

I wanted to do something to test myself and see where I was – so I decided to do the race. I went along with my brother, buttoner than that – I didn’t tell anyone – not even my girlfriend.

The race didn’t go spectacularly – it had been a while since I had done an ultra distance race, but it gave me a reference point so I could move forward and plan the rest of the adventure.

Key Takeaway: Some things you have to do for yourself. And often enough, they’re game changers. 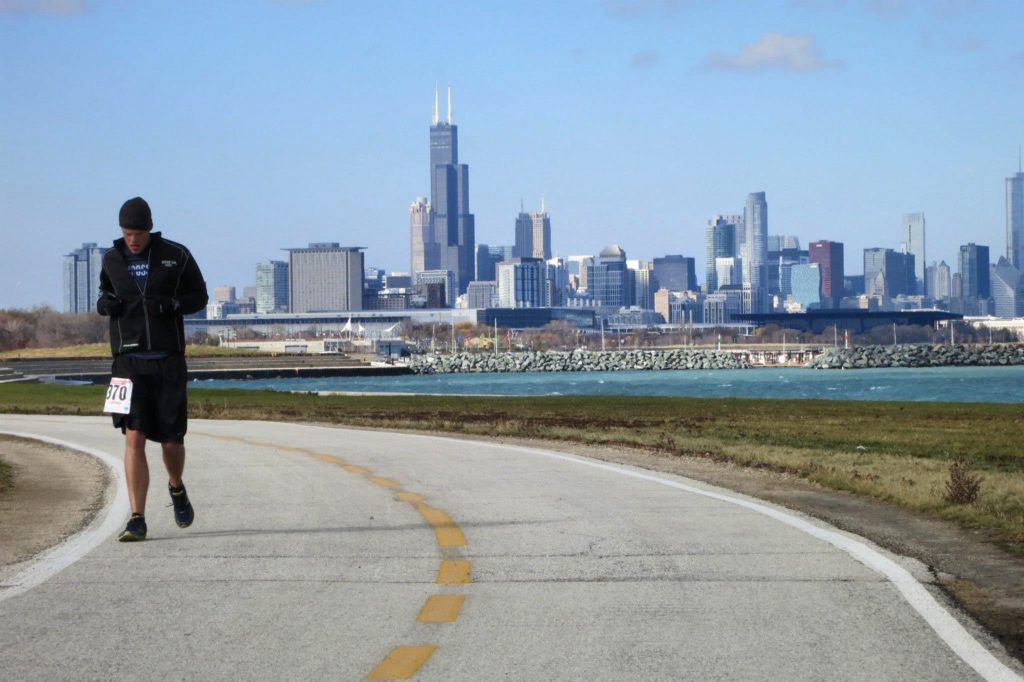 Australia: Running In Circles Is Statistically 2x Better Than This…

When I showed up to the Narrabeen All Nighter – I expected a few things.

The race was 12 hours and each lap was a total of 5k, but instead of a loop, it was an out-and-back.

I underestimated the mental torture of running past the same tree over and over. After you see the same tree 20 times, you want to come back with a chainsaw, cut it down, start bonfire and then never run that trail again.

Next time, I’m going to make sure it’s a loop first 🙂

Key takeaway: Be flexible. Be stubborn. Do It anyways. 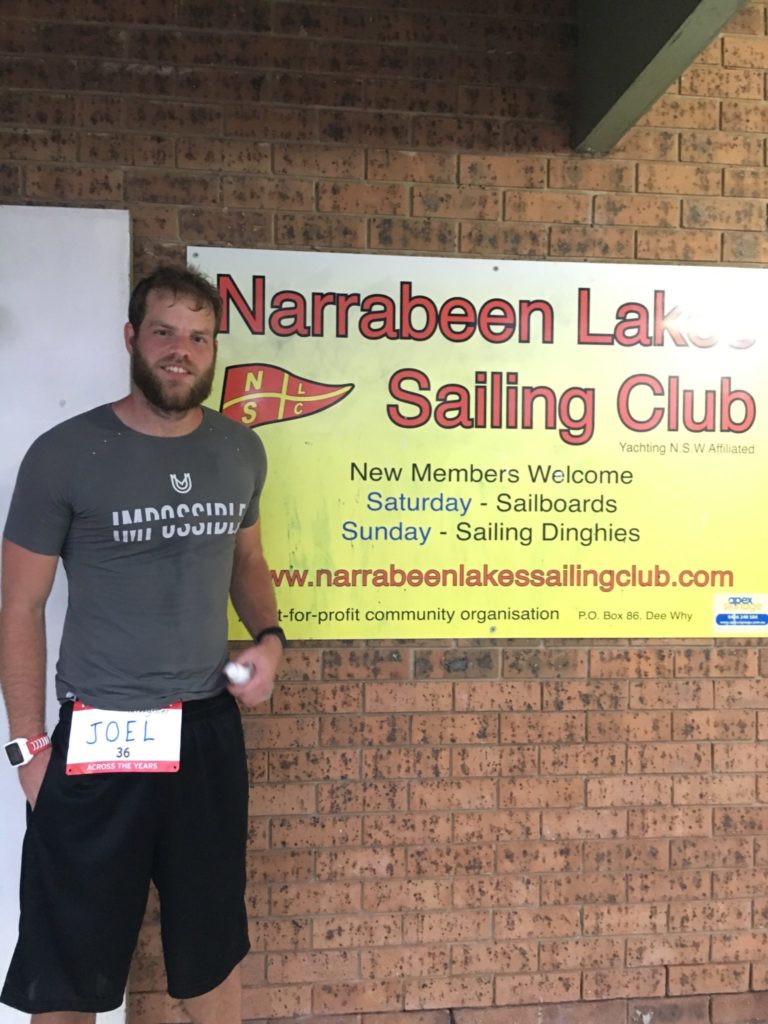 Part of the way through the Antarctica race, I started to experience some real pain. My hips were getting locked up and it was starting to work it’s way into my lower back so that every time I took a step, I felt it in my lower back.

To make things worse, I was alone the whole time – with no one to talk to, nothing to listen to. Just me and my own thoughts. The whole time.

And, while Antarctica is cool to look at and explore, any loop starts to get repetitive after you run it 10x.

I resigned myself to the fact that I had signed up for some pain and I was in a lucky position to choose the type of pain I wanted:

1) The physical pain of sticking it out and finishing.

2) The mental pain of coming all the way to Antarctica and quit.

I knew even before I arrived that there was no way that I wasn’t going to finish this thing. Knowing that in my mind made it much easier to dull the pain and move through it.

Key takeaway: The pain of finishing is almost always better than the pain of quitting. 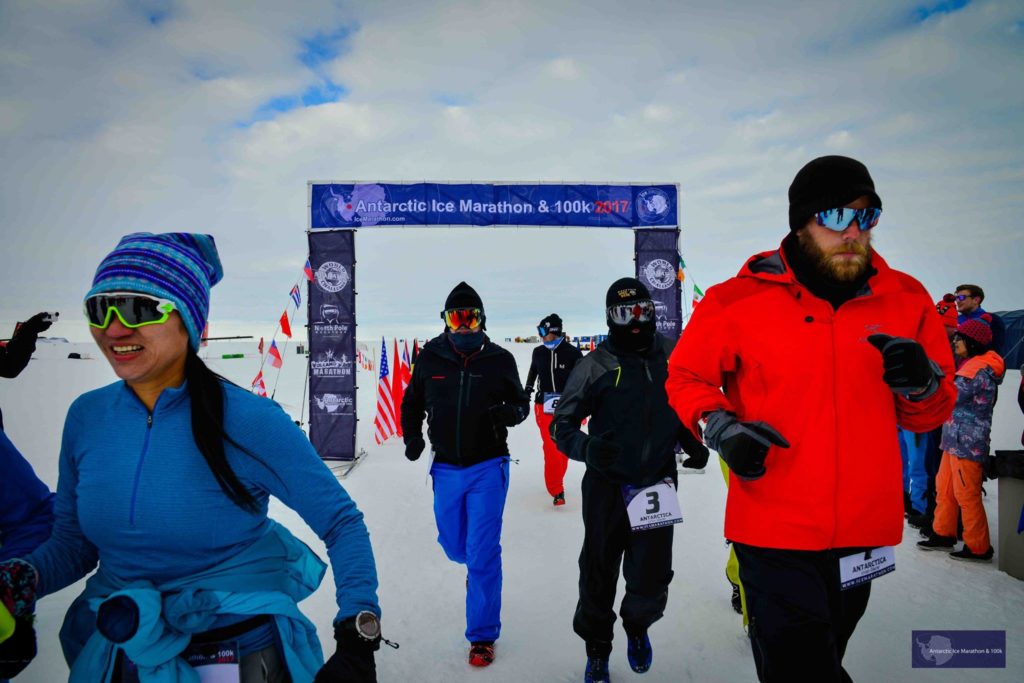 The combination of the heat, the climbing, the terrain and the fact that it was my third race in 5 weeks make it the hardest mental race of the entire adventure.

But, the toughest mental part was doing 5 or more out and backs where you’d run out for a 5k loop where you’d run past the other racers who were finishing. There was a timing way halfway through the loop so you couldn’t “cut” it, but if I’m honest, I’ve never thought so hard about just skipping the mat and turning around in my life as I did in that race.

The timing mats kept me “honest” and while my mind suggested “maybe just do the “back” part of the out and back”, I knew that was never an option.

Key Takeaway: Know the plan ahead of time, and stick to it, but be glad there are timing mats. 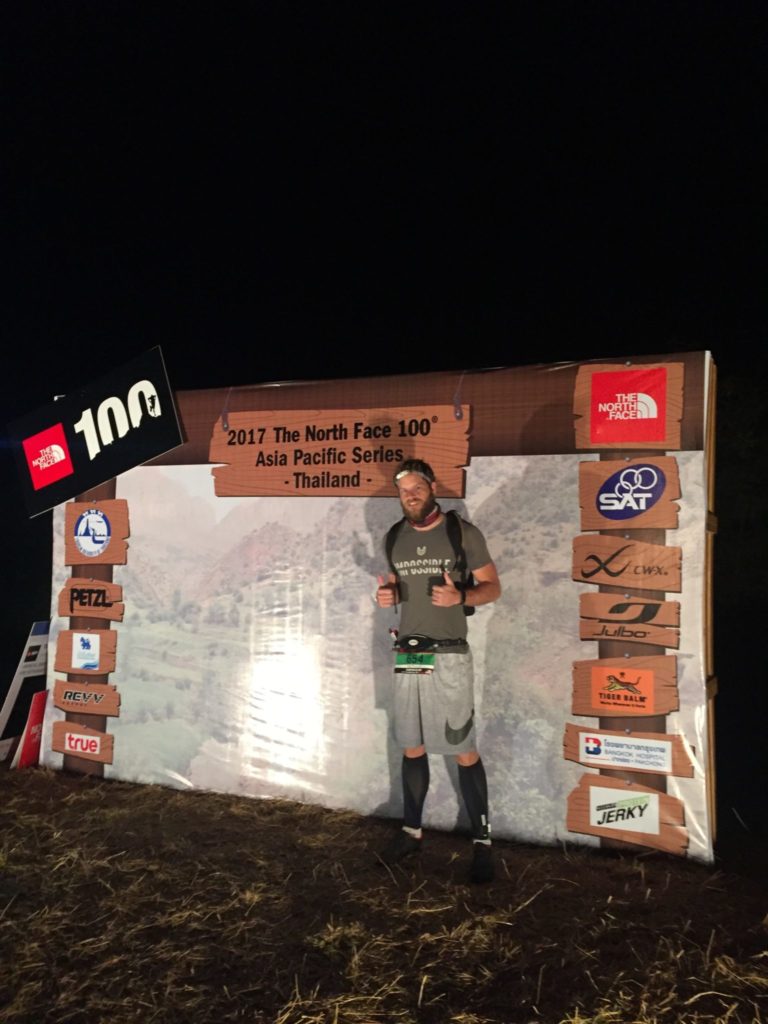 80% through this race – I was having hydration issues. That’s a weird issue to have when you’re surrounded by snow. Lapland, Finland is basically a winter wonderland, but my water situation was a nightmare.

After all that, I rolled up to the second-to-last aid station – with about 20k of the race left to go. I ran into another racer and held up my frozen water bottle “can’t get a break here, huh?”

As it turns out, he was a teacher in the U.K. For one of their class experiments, they had to make their own insulation and found that bubble wrap worked really well at maintaining temperature and keeping water from freezing.

He pulled out his water bottle wrapped in bubble wrap and sure enough – it was freezing cold water, but not frozen. He pulled a couple other bottles out of his pulka (Finnish sled you carry your supplied behind you with).

No bubble wrap and they were frozen solid – even though they weren’t even exposed to the cold.

Thanks – as I headed out for the last little bit.

I didn’t realize I would get to see them a second time about 9 minutes later when I realized I had accidentally set off on well-cleared path that turned out to be a loop rather than the lesser-marked path that was actually heading towards the finish line.

Key Takeaway: If you’re in the arctic, bubble wrap is amazing. And theres a teacher somewhere in the UK that doles out bubble-wrapped water bottles to people who’s water supplies have frozen solid. I don’t know who he is, so I’m officially nick naming him Santa Claus. 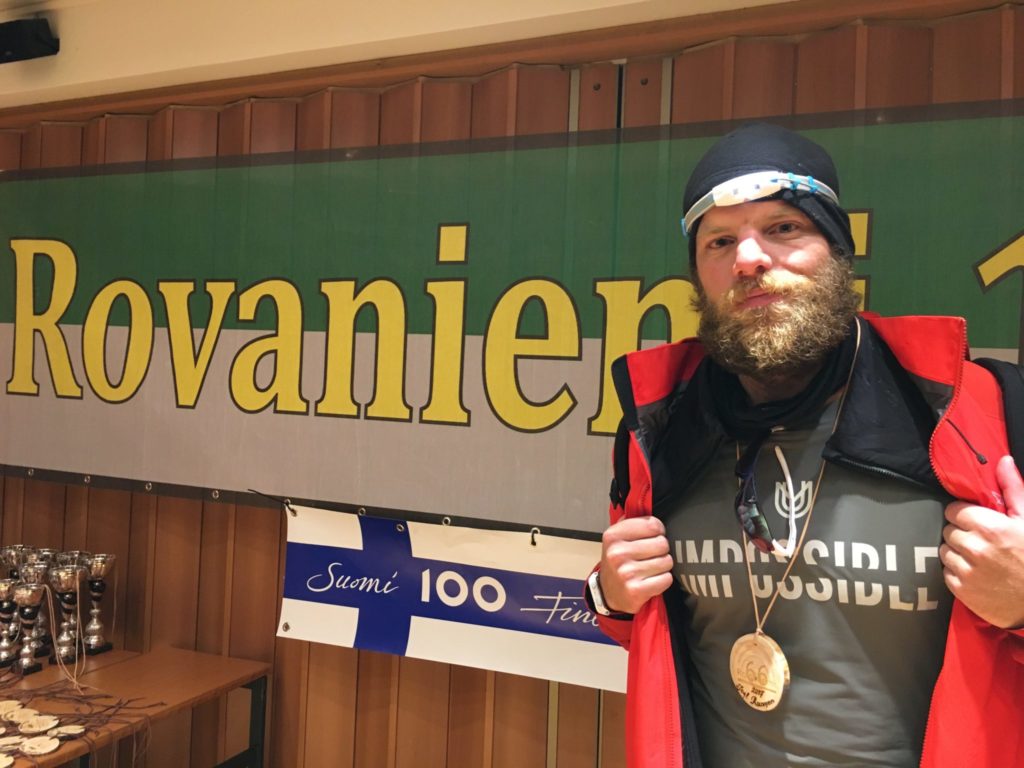 South Africa: Ultras are easier with 11,000 people and 1 Good Friend 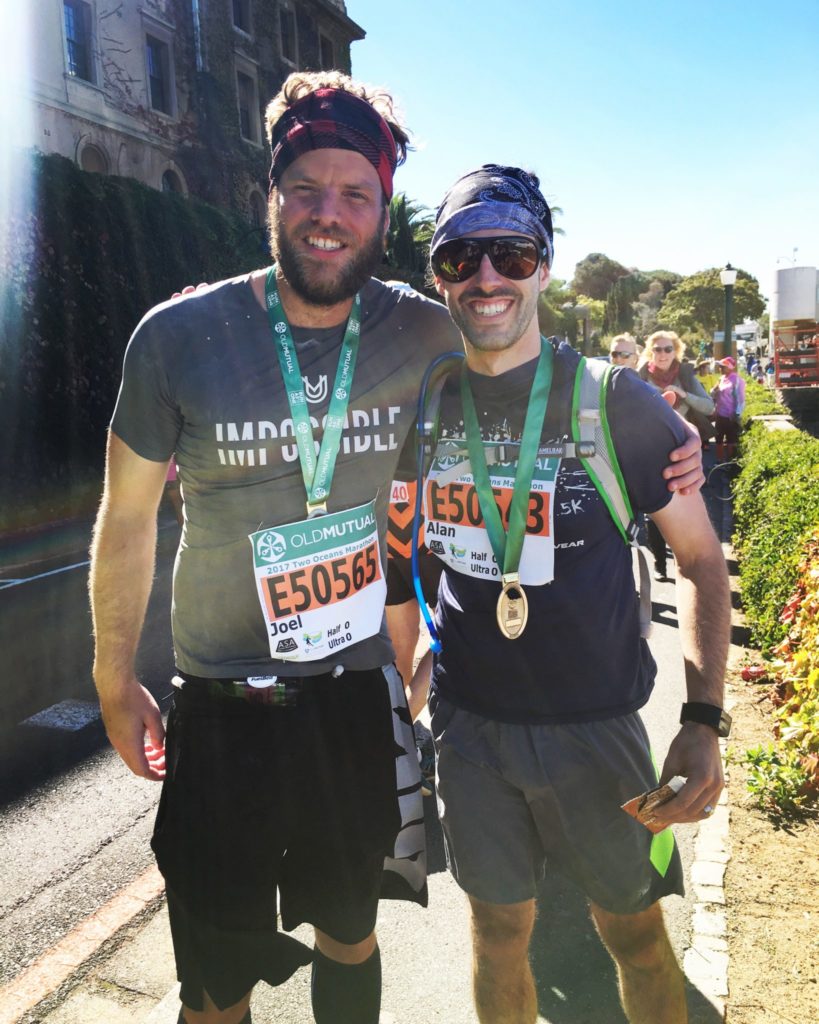 It’s solitary, you deal with your own head trash and you do a lot of imaginary math problems about the distances you have left. All good things.

However, when you do 4 races in 6 weeks – all on races with a limited number of people and on your own, it can be a bit much.

After knocking out the large chunk of races in such a short time, I was in a bit of a rough shape. I was rehabbing the foot injury from Finland and my legs in general were just feeing heavy.

So, it was great that my last race was in South Africa with 11,000 other people and that my good friend Alan came all the way out to run it with me.

We didn’t run the actual race together (he finished a ways ahead of me), but having the crowd of people around and experiencing the pre and post-race event with good friends was really special and made me forget about however my legs felt for those 5 hours.

Key Takeaway: Thanks Alan for coming out and finishing this with me.

Even after all the races were done, we still had $20,000 or so left to raise. On a whim, I reached out to Jesse and the WeDoHardStuff.com crew to see if they were interested in making June dedicated to PoP and 777 and build 7 schools. Somehow I convinced them to do it :).

I really couldn’t have done this without Jesse and the WeDoHardStuff.com crew. Thank you guys so much. We went above and beyond our final goal and raised $193,000 total thanks to these guys.

Key Takeaway: You can’t do it alone. Get some other crazy people to help out.

The reminder I found after reach race and all of this is: you have no idea what you’re capable of. You’re barely even scratching the surface.

So push your limits. And do something impossible. 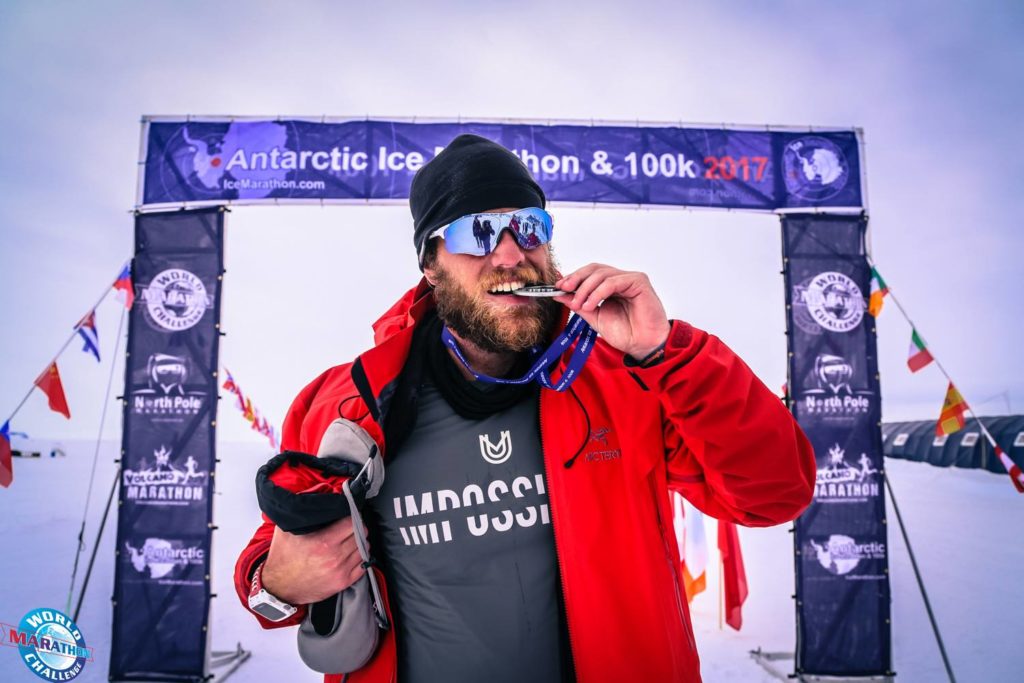