You are here: Home / 777 / Inside The Coolest Camp on The Planet

Over the past couple years, I’ve researched A LOT about Antarctica and about this race – the Ice Marathon 100k. I’ve learned a ton, but I realized I never shared much about the facilities or where the race actually takes place.

And I screwed up.

Because back in the day, they were basically wooden huts with men hardening up and dealing with it and yelling, “RUB SOME SNOW IN IT” any time they got hurt and fixed “being cold” by becoming numb and therefore not having to feel anything anymore (I have no idea if this is actually how they did it).

Now, the setups in Antarctica are like James Bond villain hideouts. The scientific buildings you can read all about here, but I’m going to talk about the main one available to non-scientists – Union Glacier.

What You Need to Know About Union Glacier

Here are a few awesome things about living on the bottom of the earth.

We’re only 600 miles from the South Pole.

That might sound like far, but that’s about a one-hour plane ride and under 1,000km. When you overlay it on top of a map of the US, that’s the distance from New York to Boston. That’s close!

While most tourists end up seeing some outlying islands, we flew into a blue-ice runway just 15km from camp on an old Russian plane. 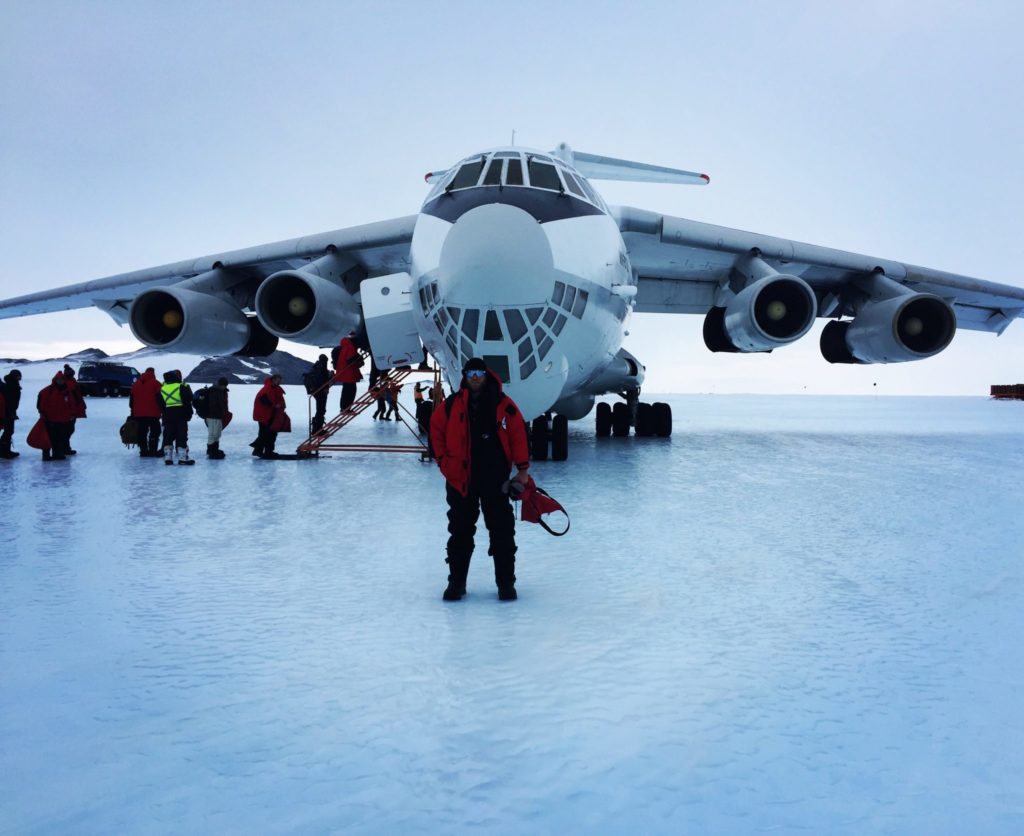 The actual race I ran is the only race within the Antarctic Circle (60º S), and Union Glacier is the major jumping off point for Mt. Vinson (the highest peak in Antarctica) and the South Pole.

You Sleep In Tents

Not your average camping tent. These things are 16 feet tall. They look like cocoons.

You sleep 2 to a tent, so you better hope your roommate doesn’t snore. 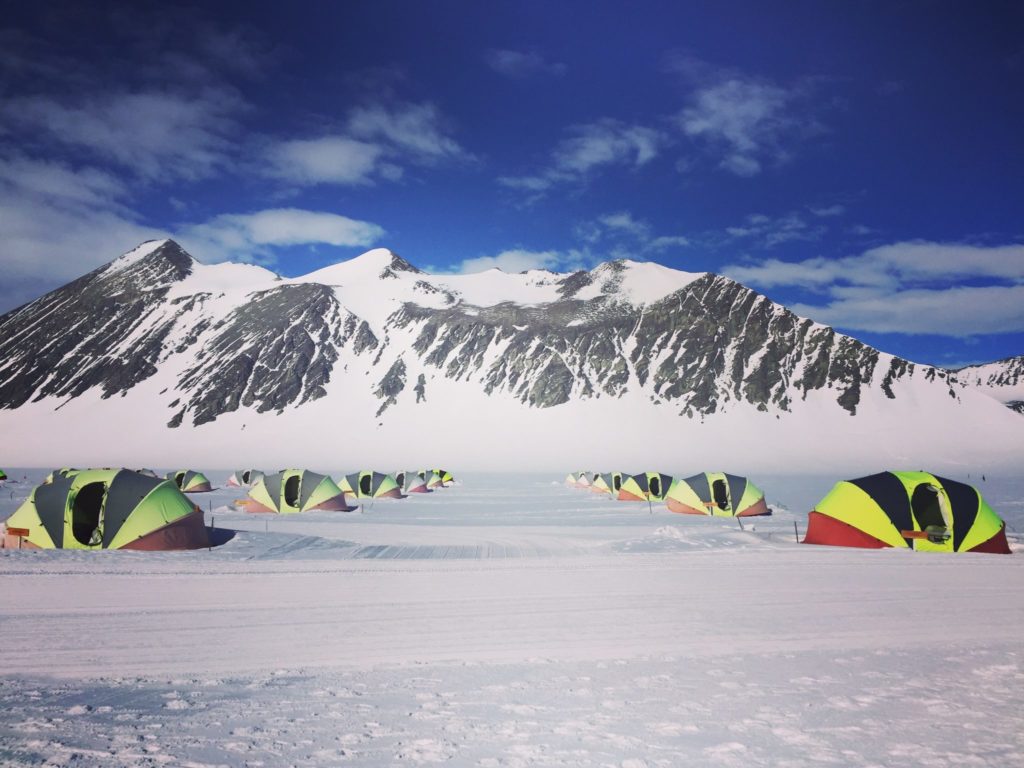 They’re surprisingly warm and roomy, and if you’re still cold, you can jump in your double sleeping bag that will keep you so warm you’ll wake up sweating (I did).

Considering we’re on the South Pole and it’s summer time, even though it’s not warm, it’s going to be light out.

Remember how I had to run in the dark through the night in Narrabeen? That wasn’t an issue here.

I started running at 9:30pm. I went inside at 10am to get some food and saw people talking about “yesterday.”

Yesterday? I didn’t get a yesterday.

Not only did I not sleep, but it hadn’t even gotten dark!

Yesterday? What happened to yesterday? 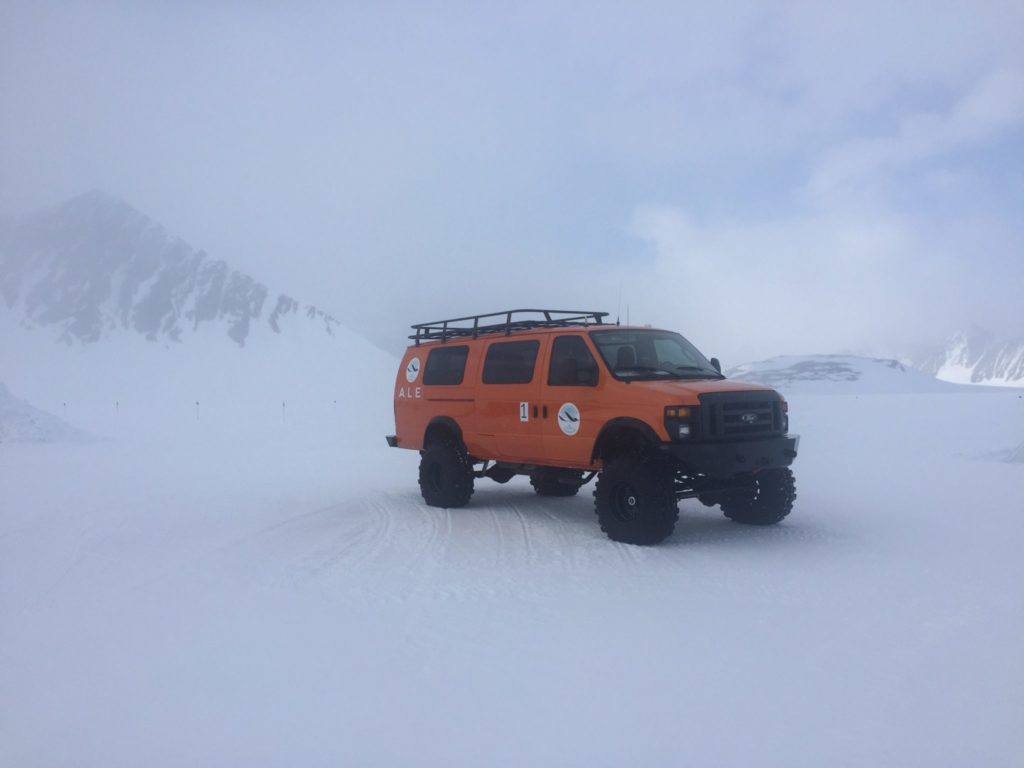 Every vehicle here seems to be on steroids. It’s pretty awesome actually.

There Are Only a  Few Non-Scientific Facilities There

Almost all structures on Antarctica are required to be scientific facilities because of a 1991 treaty. There are a few others that are not (they’re small), but Union Glacier is easily the largest non-scientific camp on the continent.

They provide support + logistics for a lot of the bases there as well and do most of the climbs if you’re planning on going to do mountaineering.

Fun fact: I moved out of Chicago, specifically after the 2nd “polar vortex” came through town in 2014. With wind chill, it got down to -40º, and I remember looking up and seeing that it was literally colder than Antarctica.

That said, it doesn’t usually get that cold. Race temps bounced between -5º and -15º, and when it got windy, it felt much worse, but when it was nice, you could walk around in a t-shirt without too many problems.

So…thanks Chicago, hopefully the first 25 years of my life were preparation for this.

You Poop in a Bag

Okay, it’s actually a normal toilet. But there’s no flush and there’s no “plumbing.” Just a bag.

Any waste that is created at the camp is eventually taken off the continent to be disposed of. Imagine that job, huh?

Oh, and if you do any hiking away from camp, you bring a Nalgene. But you don’t drink from it (unless you’re Bear Grylls).

This is your piss container. You get to carry it around until you get back to camp and dump it in the pee container (neat, huh)? It also doubles as a hand warmer…probably.

The Whole Thing Is Torn Down Every Year

Every year – after summer – the whole city is torn down.

They leave a couple items, but most of the camp is torn down and flown back to Chile.

It’s like Burning Man, but with ice instead of sand. Also, the hallucinations happen because you’re freezing, not because you took a pill from some guy named “of the Earth”.

So, if you’re wondering, the race was awesome (more on that coming soon), but the camp itself was rad. It’s like you’re living in some incredibly remote, advanced camp that has unlimited adventures ready to go.

If you’re thinking about checking out Union Glacier, go! You won’t regret it.

If you want to get an inside look at Union Glacier, you can watch this short film. It’s awesome.