You are here: Home / Hacks / Introducing The Impossible League

I’m getting serious about doing. 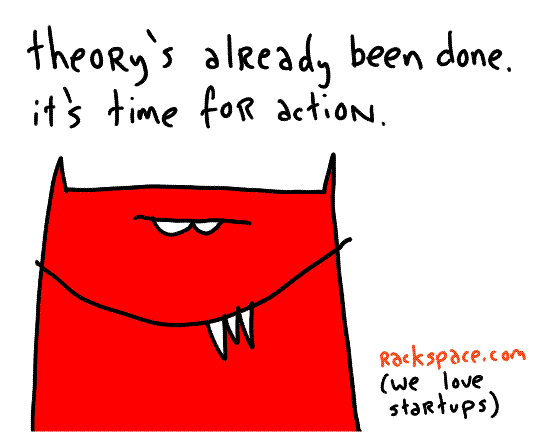 For a while we’ve had a league around here. A few thousand people or so doing some incredibly inspiring things. But, there’s been a problem. The only ways to interact were through email updates and commenting. Other than the occasional twitter interaction, most commenters, while well known to me, don’t actually get to know each other, and didn’t get to really interact in meaningful way beyond the occasional reply to a stranger they didn’t know. Up until now, it’s been a two way street between me, the writer and you, the reader. But there are more awesome yous than there are of me. The emails I get from you guys are amazing and inspiring, but they only get read by me. So a community grows 1 by 1 but nobody gets to know each other.

I’m huge on getting to know people who are doers. I began to realize that at WDS this past June. That’s why I asked 40+ people to jump out of a plane with me. I’m doing something similar today, but only a little scarier.

See, I’m out of place in the blog world.

Most people want to create a readership, build a brand and get a group of people listening to things they say and nod up and down the whole time so they can sell them a bunch of stuff. I think that’s okay, but I’m really not interested in creating an army of robots. I’d rather enable people to take things to heart and actually DO things.

It’s hard to do that when people are reduced to a gravatar and your ambitions are contained to a comment. Other people besides me need to hear the stories you’re telling and things you’re up to. You need to be heard. You need a platform.

But up till now, there wasn’t anything really out there that let us do that.

So I decided to make something

The Rules of the League

This is how we roll. No apologies:

We know the best way to spread ideas is to help others. Getting what we ultimately want is best done by genuinely helping others. We know life is a marathon, not a sprint and short term gains aren’t worth sacrificing the long term goal. When we build our foundation around genuinely helping, others we’re able to set up the most people for success.

2. We Tell Great Stories With Our Lives By What We Do

We know our lives are a story and there’s no point in living out a story that you’d be bored to death reading. We know there are no good stories about people who did what they were always supposed to do (unless those people are robots and the story is about the end of the world – either way it doesn’t end well). We focus our actions around crafting what we can in the story we’re in with the things we got and refuse to believe the end is already written.

3. We Know There Is No Such Thing As “Good Excuse”

If we don’t really want to do something, we admit it, but there’s no need to deny it . We know that life is short and there’s no excuse to not do something amazing. We might be able to make up all the excuses in the world, but that doesn’t mean any of them are good. Excuses are like obstacles, they might exist but we will find a way around them.

5. We Know Most People Don’t Really Fail, They Just Give Up Too Soon

Persistence alone will outlast even the strongest competitor. Endurance lasts. We know we can beat most people simply by wanting it more. We’re able to do most things just by sheer persistence. When other people go home, we keep going. We don’t give up. We never give up.

6. We Are Never Finished

Good enough isn’t. We want to be great. We want to live amazing lives. There’s time to reflect and enjoy and that’s part of life, but we also know that if we’re not actively growing, learning or stretching ourselves, we’re moving backwards.

The impossible isn’t. Impossible is just a word most people use to describe things they’re scared to bring into existence. It’s an artificial barrier we put up to keep us from living an amazing life and doing what we really want to do. Once we get past that word, we realize that, like Walt Disney said, “It’s kind of fun to do the impossible.”

That’s who we are. That’s what we do. Now we have a home: The Impossible League.

The Impossible League is where doers can help each other with the impossible things they’re doing and encourage other people along the way. The Impossible league is filled with incredible people telling great stories by refusing to be realistic and pushing to do things most would consider impossible.

NOTE: Spectators need not apply. It’s not worth your time to go watch more people do something. You don’t need another blog to read. You need to be doing something. And you need a community around you to pick you up when you need it.

Are you one of them?

If you’re thinking this will be another place where you can come, read gawk, and live vicariously through others, but if you don’t plan on doing anything, don’t bother. Seriously. This community is about transforming inspiration into action.

If you’re up for the challenge, Join The Impossible League. See you on the inside.